Flying with kids: Is Qantas or Virgin the better airline for kids? | A couple of travel makers

After flying Virgin and Qantas with a toddler the answer is clear: Qantas wins, hands down.

"We invite any families travelling with young children to board."

While this isn't verbatim it was music to our ears after a long day driving to Adelaide Airport.

With a 1-year-old and 3 carry-on bags in tow my family and I walked to the boarding gate where we were told to wait until the cabin attendant gave us the thumbs up to board. 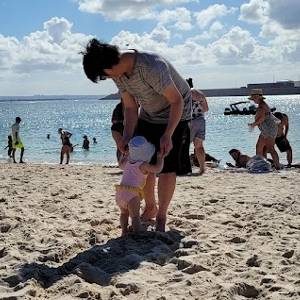 We're Stef, D and baby R, a family of jetsetters. Together, we've visited 55 countries and are determined to see even more. All while working our 9–5s and paying off a mortgage.

We were invited even before business class.

We were invited even before Platinum and Gold frequent flyer members.

We were told, even though we had seats at the back of the plane, that we should take the air bridge to board. 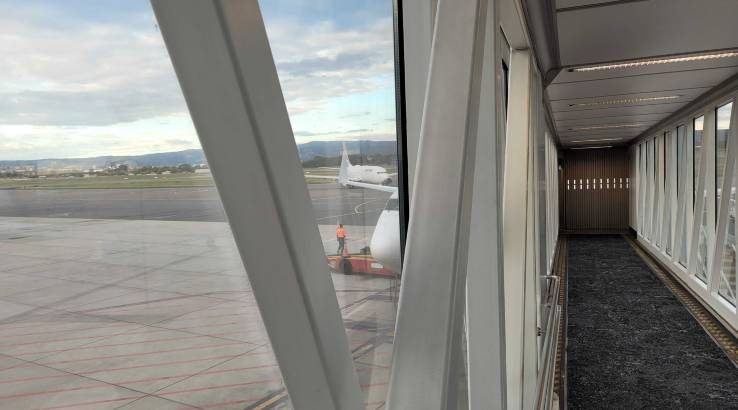 We were greeted by the cabin crew who, after seeing my daughter, happily rummaged through a drawer and handed her a kids' activity pack saying "we just got these back".

We were flying Qantas. 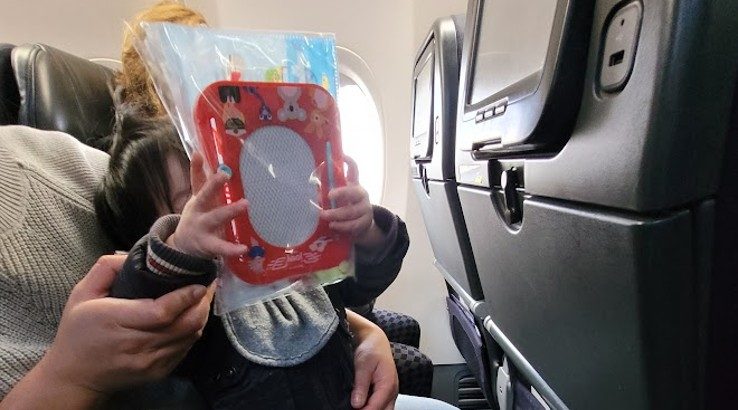 And it was a world of difference from our outbound flight from Sydney to Adelaide on Virgin Australia.

What was it like flying Virgin with a kid?

Just 4 days earlier we had waited at the gate and boarded with the general public.

Again, we were seated at the back, only we had to brave the cold on the tarmac to board by the back door. We also disembarked that same cold way.

On board, there was no activity pack for my little one. The in-flight entertainment was the Virgin app which meant trusting my daughter with holding my phone. That never goes well.

On Qantas, there was a seat screen with kid-friendly movies and games which kept her busy in between moments of playing with the new toy she'd been given by the crew.

Virgin offered no free food. Instead, all meals had to be purchased. The only thing that was complimentary was a beverage.

On Qantas a snack of cheese and crackers was provided. The cabin crew even offered my daughter her own packet.

It was an added bonus that we were in the air between 5pm and 7pm so alcoholic beverages were offered.

Both Qantas and Virgin do this, by the way. 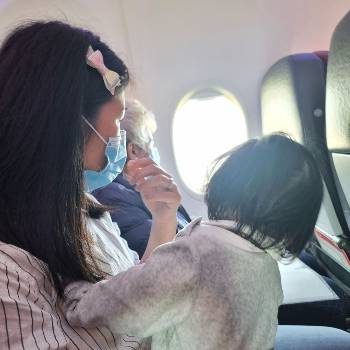 All this said, does Virgin have anything going for it for families? Well, yes. It does.

Does Virgin do anything better than Qantas?

Virgin has 2 big perks that could mean booking with it instead of Qantas: price and checked bags for bub.

Now that Virgin offers seat-only Lite fares, flights came up $120 cheaper outbound and $77 inbound for our trip. This was for similarly timed flights and being so much cheaper is why we chose to fly Virgin out.

We shelled out more for Qantas on the return as the landing time coincided better with my daughter's bedtime.

Even if you upgrade to Choice to get checked luggage and seat selection it's only $20 extra per seat, making it still the cheaper option.

Virgin also lets infants check in a 23kg bag as part of their 3 special infant items.

This is only permitted if the accompanying adult is flying Economy Choice or higher. So the adult would already have a 23kg bag of their own.

On one hand, this is great if you need to bring a lot of stuff.

However if you're like us and prefer to travel light then it's doubtful you'll make the most of this perk. Between the 3 of us we had 1 checked piece of luggage and 3 carry-ons.

The verdict: Is Qantas or Virgin the better airline for kids?

Having such a great experience with Qantas compared to Virgin, it's clear that Qantas is the winner for us.

This is on top of the standard child-friendly benefits which both Qantas and Virgin Australia offer:

The only shining light for Virgin to me is price.

But honestly, as long as it's not too much I'm happy to pay extra. It's worth it for early boarding and so my daughter doesn't have to freeze on the tarmac.

The joy that the Qantas staff gave as they fished out a kids' pack for her to remember her flight by? That was just the icing on the cake.

Stephanie flew to Adelaide as a guest of South Australia Tourism Commission. Her husband and daughter were paying guests.

Qantas: Australia flights from $99 each way

East coast flights from $129 each way with Qantas

Expires 30 Jun 2022
Available on flights from 1 May – 30 June 2022 to Adelaide, Melbourne, Gold Coast, Canberra and more. Sample fare is Sydney–Brisbane.
Get deal

Flights to New Zealand from $374 each way

Flights between Perth and Exmouth from $159 each way

Expires 31 Dec 2022
Available on select travel dates until 31 December 2022 with Qantas.
Get deal

Domestic flights from $69 each way

Perth flights from $119 each way

Western Australia flights from $199 each way

Expires 30 Jun 2022
Available on flights until 30 October 2022 when you book 21 days in advance. Sample fare is Peth-Broome. Other destinations include Kununurra. T&Cs apply.
Get deal

Verified 3 days ago Expires 27 Jun 2022
Available on flights from July 2022 – March 2023 to Melbourne, Hobart, Alice Springs, Adelaide, Cairns, Perth and more. Sample fare is Sydney- Ballina. T&Cs apply.
Get deal
Was this content helpful to you?
Thank you for your feedback!