The Qantas Perth lounge is big, bright and bustling, but is showing its age.

I dropped by Perth's Qantas Club recently on my way back home after a weekend away and was pleasantly surprised. Here's what I found.

The Perth Qantas Club serves as the primary lounge for Qantas Club members, as well as Qantas Gold and oneworld Sapphire status holders. It is situated upstairs on the mezzanine floor in Terminal 4, located up the escalator from the main Terminal 4 concourse.

This lounge once used to be the only lounge available to all Terminal 4 passengers. With the opening of the Qantas Domestic Business Lounge downstairs in 2015, this is now no longer the case.

I checked in for my flight at Perth Airport late on a Monday afternoon and made my way to the high-ceilinged concourse where the lounge is located. The Qantas Club is clearly signposted in big white letters, with the entrance marked by a polished wooden arch. 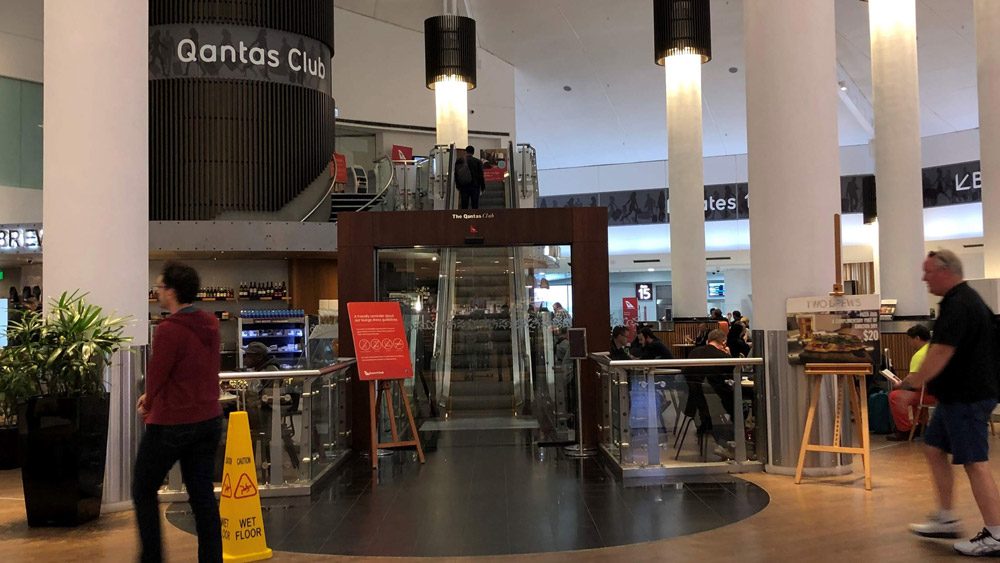 At the top of the escalators, a set of sliding glass doors opens up to the reception area, where you're faced with a white bookshelf partition on the far end once inside. 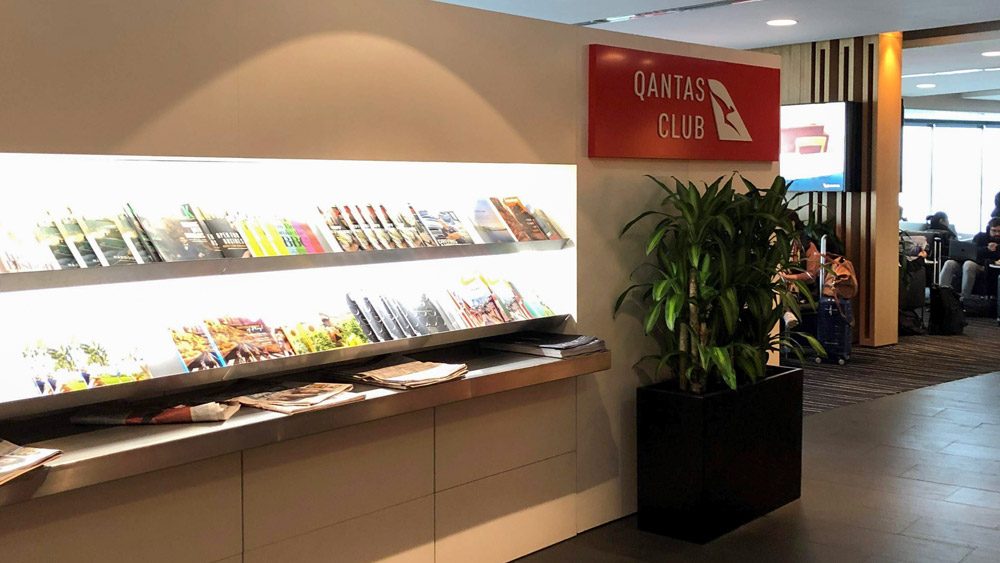 Immediately to your left as you walk in is an iPad stand where you can pre-order a barista-made coffee via the Skip app.

The Perth Qantas Club is enormous, extending far to the left and right of the entrance, featuring floor-to-ceiling windows along one side of its entire length. Lounge guests are afforded panoramic views of the apron and runway. Floor-to-ceiling windows feature along the entire length of the lounge. Image: Shing Kam/Finder

During my late afternoon visit, I found the lounge to be quite crowded, positively brimming with conversation, laughter and the clinking of cutlery.

There are televisions mounted on the wall partitions throughout the space all streaming the latest sporting matches. 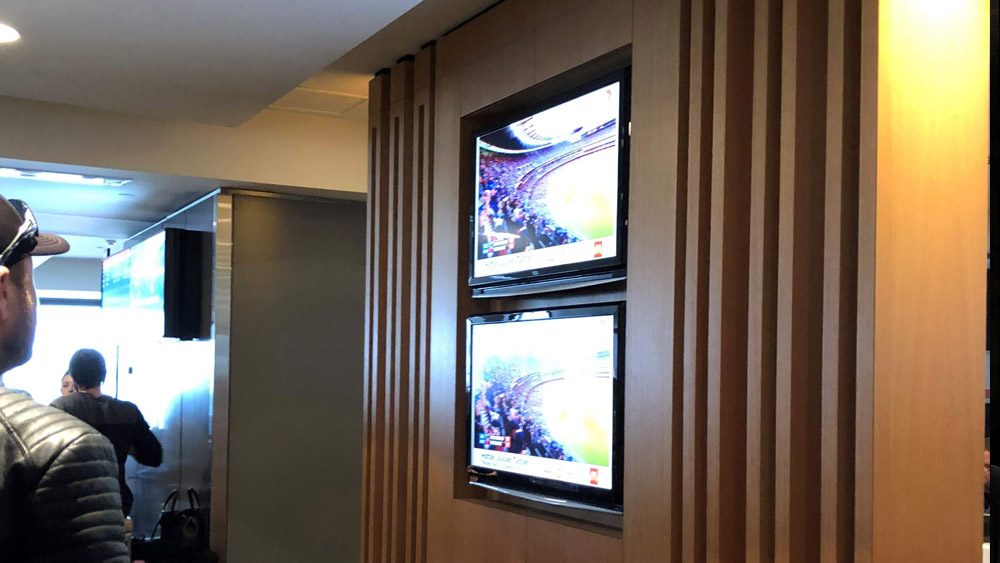 During the daytime the lounge is flooded with natural light which is highly conducive to those wanting to get work done. 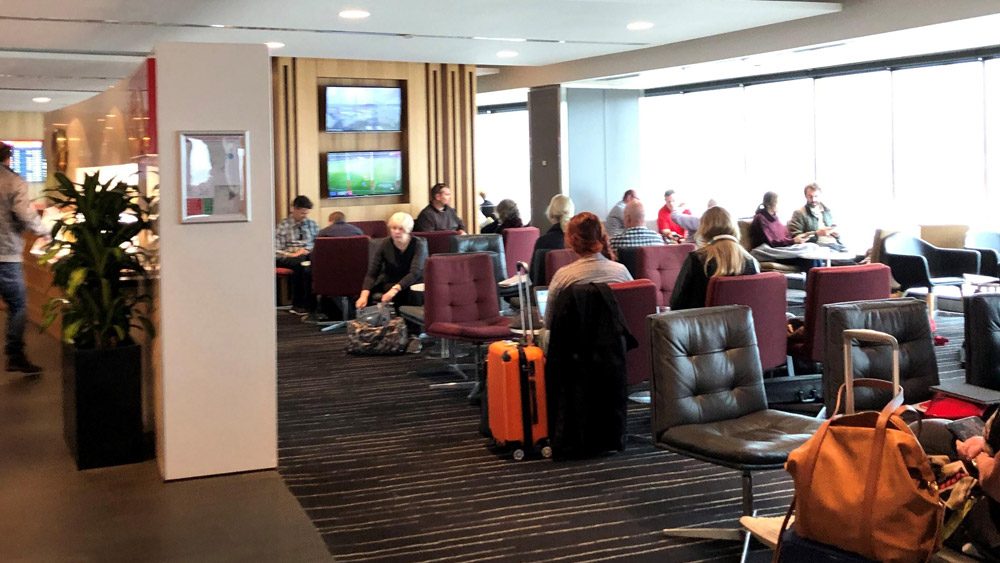 The windows let in plenty of light. Image: Shing Kam/Finder

The floor-to-ceiling windows are also fantastic for those who want to pass the time watching departure and arrival traffic at Perth Airport as well, since the lounge directly overlooks the main north-south runway. 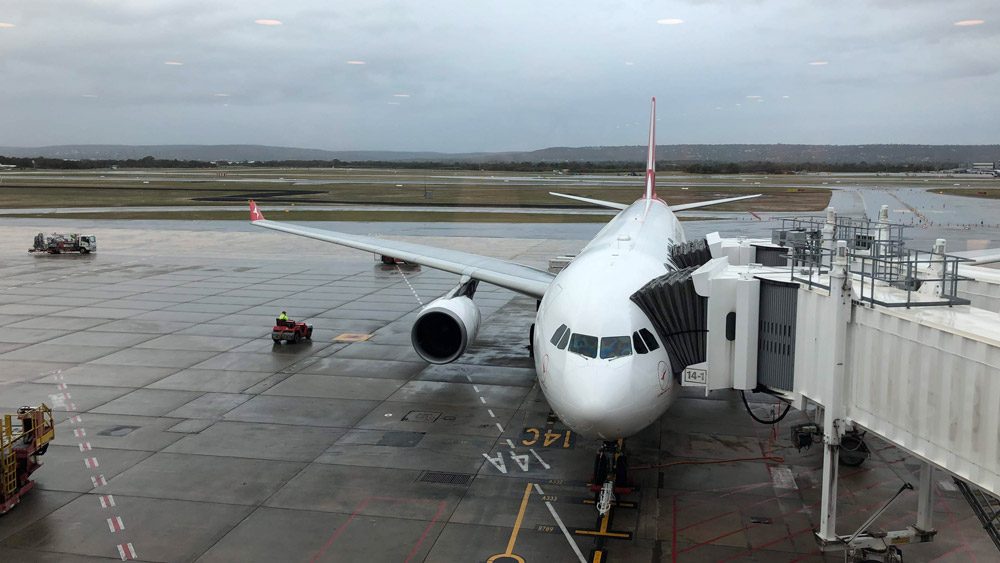 Soup of the day

As part of Qantas' regular lounge offerings, there is always a big hearty pot of soup which sits next to the sandwich grills at the food stand. Located at the far left end of the lounge, the food stand features all the usual Qantas Club favourites, such as a salad bar, fruit bowl and dips alongside the self-serve sandwich selection and sandwich grills. 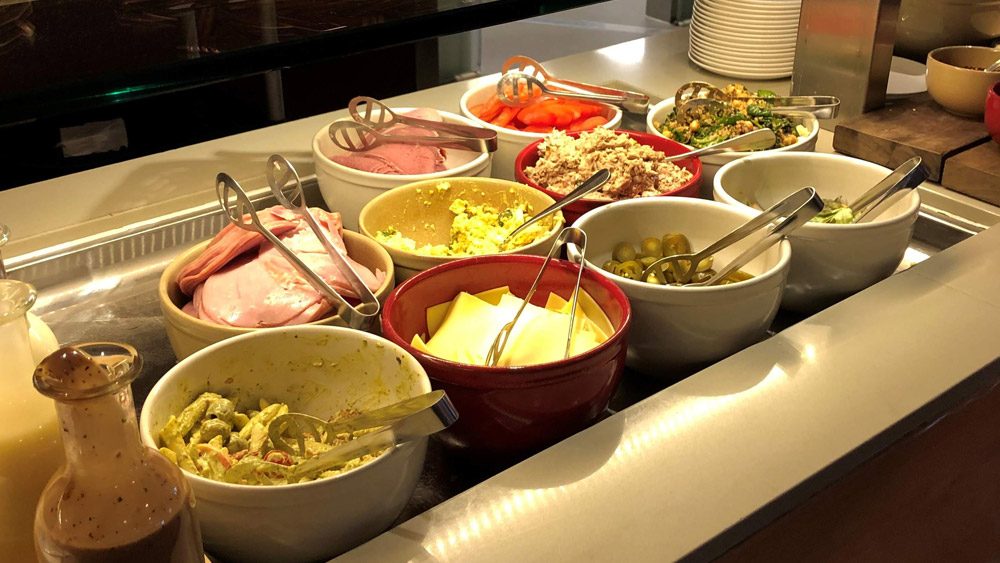 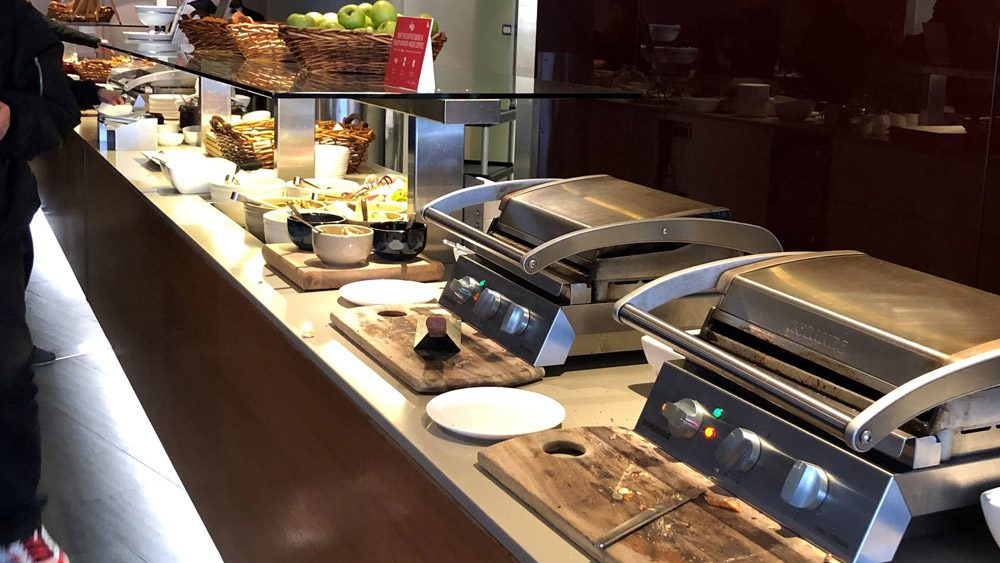 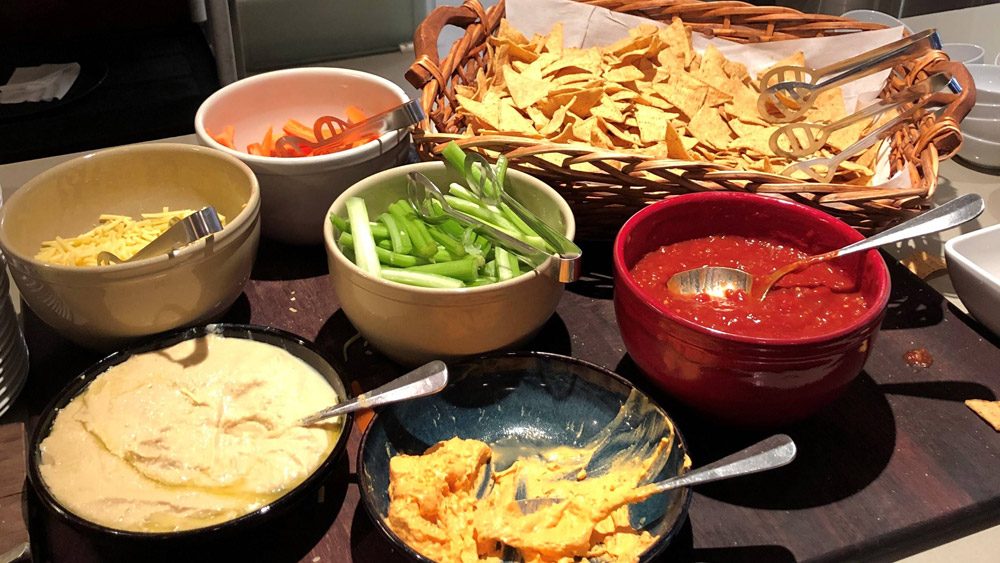 A spicy root vegetable soup was initially on offer when I arrived and was replaced later in the afternoon with a red lentil soup. Croutons and fried onions are available for you to add on as garnishes. I always look forward to the soup offering in Qantas lounges and it's never the same from day to day. 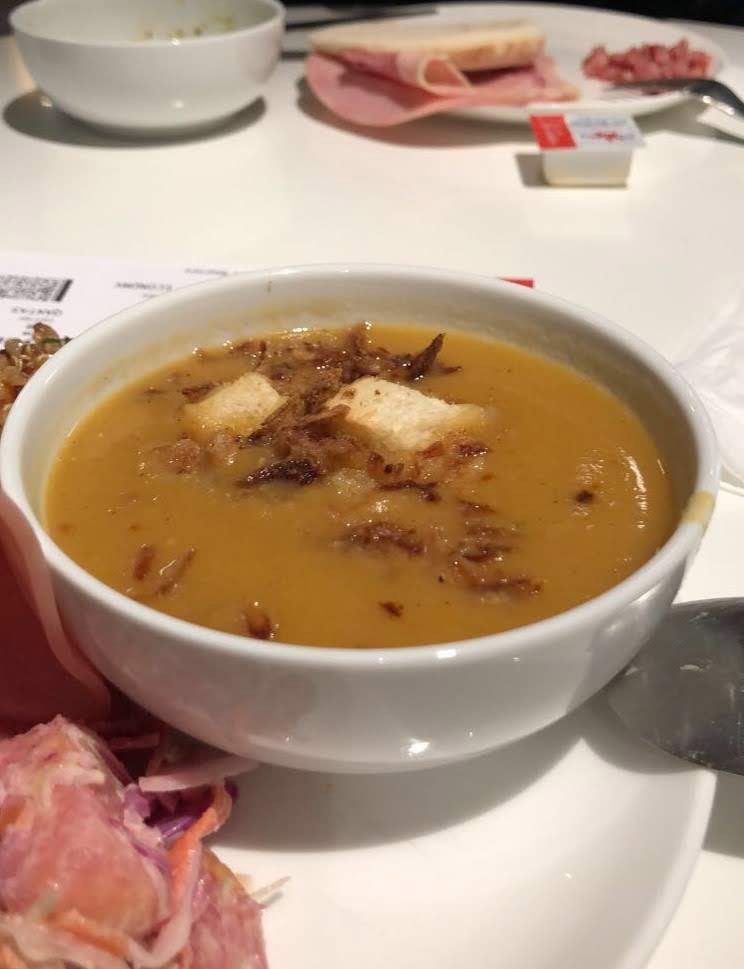 There are few things people look forward to more than a freshly brewed cup of Vittoria coffee. You can pre-order your fresh brew via the Skip app on your mobile a few minutes before you arrive at the lounge or on the iPad located at the lounge entrance to save queuing time in the mornings. 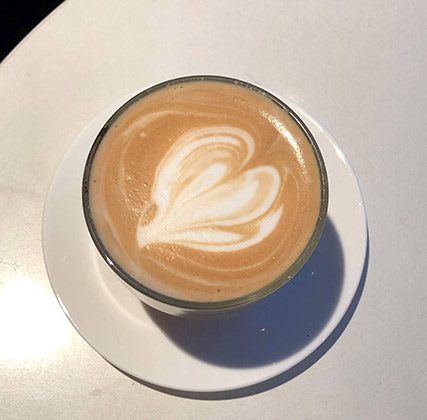 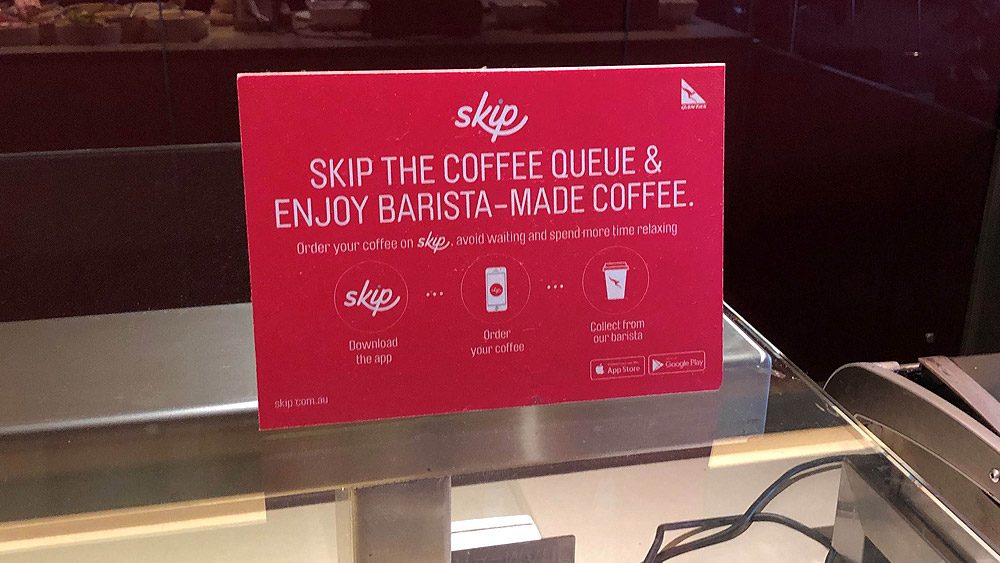 Pre-order your coffee with the Skip app. Image: Supplied

With the Melbourne and Brisbane Qantas Clubs having already received their head-to-toe design makeover courtesy of Australian architecture firm Woods Bagot, the Perth Qantas Club is starting to show its age. Ageing armchairs with a mismatching colour palette doesn't leave a good impression. 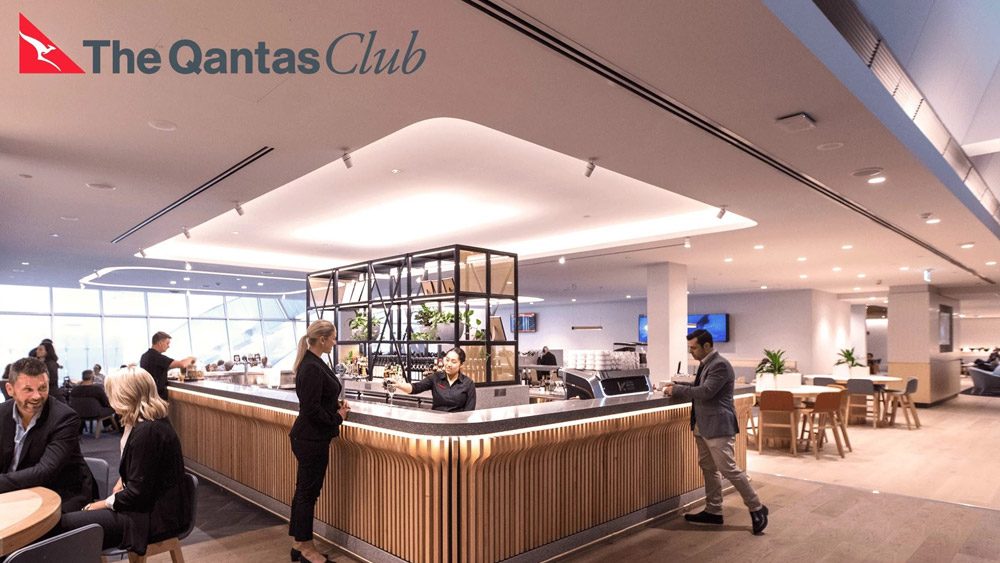 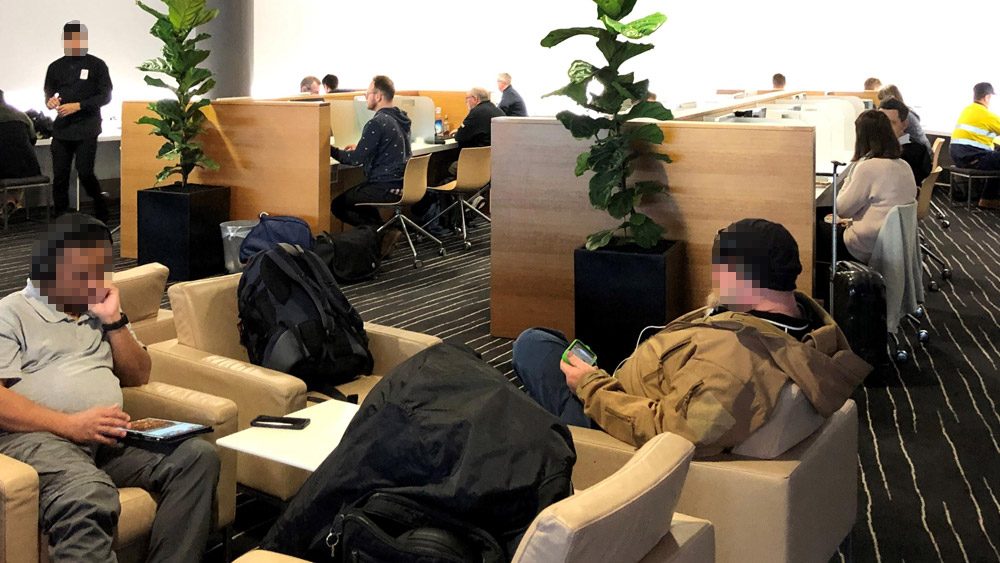 Owing to the lounge eligibility rules (among other factors), the lounge came very close to capacity on the Monday afternoon when I visited. 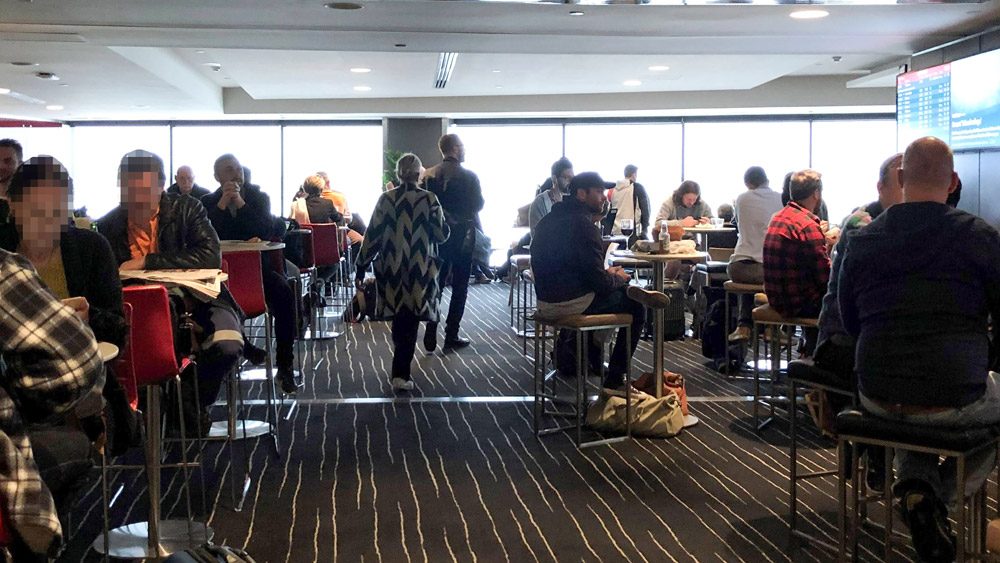 The lounge came close to capacity in the mid-afternoon. Image: Shing Kam/Finder

Unfortunately, the "Quench" hydration station, a signature hallmark of the beverage offerings as part of Qantas' new lounge template with its range of curated refresher drinks and mixers, is nowhere to be seen here. For those looking to rehydrate, the Qantas Club does features a bar next to the coffee stand, stocking countless varieties of tipple to ensure a great afternoon. Several fruit juice dispensers and a soft drink machine can also be found along here. 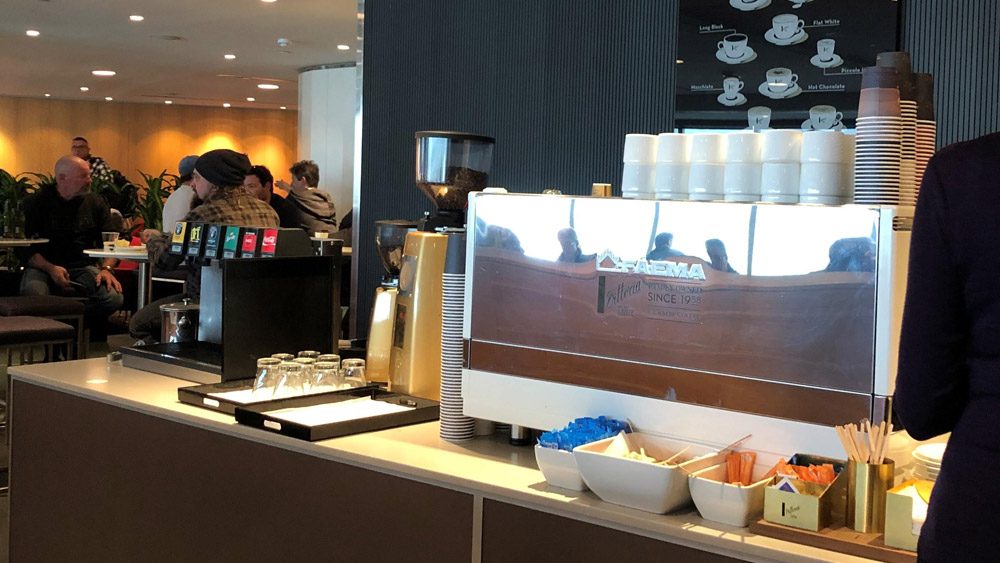 The Perth Qantas Club Lounge has almost got it all ticked off, with good food, coffee, booze and runway views, although a little touch of rejuvenation from the architects to bring it in line with the rest of Qantas' lounge network would make a big difference here.

THE FINDER LOUNGE REVIEW PROMISE: Our lounge reviews are based on a visit to the actual lounge during normal operation. We offer an honest and open critique from one of our frequent flyer experts and update with any relevant news as it comes to hand. Being in a lounge should always be more pleasant than just being stuck with waiting at the gate, but we won't shy away from highlighting issues. Learn more about how our scoring works.

Head to the far right-hand side of the lounge where it curves around. At the end of the lounge it is quieter as you're away from the bar and food stations. Also, you're treated with a view of the entire airport sitting next to the window.

Access is granted to a vast array of departing passengers as per below:

As per the standard Qantas lounge rules, guests brought in by most eligible passengers do not need to be travelling on the same flight or flying at all that same day.

Shing Kam is an accountant, aviation geek and guest contributor at Finder. He has used miles and points in the last four years to travel in First and Business class on many different occasions, which he reviews and shares on Instagram. When he’s away from home, he is crossing countries and airlines off his bucket list in search of the world’s greatest bowl of noodle soup.