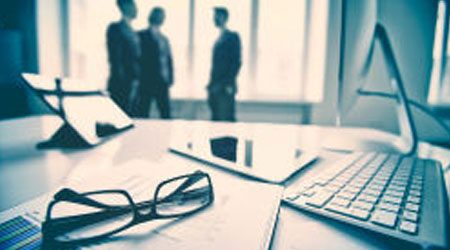 How does Australia compare to the rest of the world?

Consumer banking is the most likely industry to be disrupted by financial technology, or fintech, in the next five years, according to a global report released by PricewaterhouseCoopers (PwC). If we turn our attention to the current climate in Australia's financial industry, the cracks are already starting to show.

The report, which assessed the rise of fintech in the financial services sector, surveyed 544 participants from the finance industry across 46 countries. One example of disruption identified in the report is the emergence of platforms allowing individual and business customers borrow and lend online.

"In response to the rising demand from consumer borrowers and the appetite from institutions to invest in the asset class, peer-to-peer platforms have increasingly become marketplaces for parties who were definitely not peers," explains Peter Beaumont, CEO of Australian marketplace lender DirectMoney.

"New business models have emerged, such as DirectMoney’s, where the 'platform owner' writes loans directly onto an on-balance sheet 'loan warehouse' and then on-sells these loans via various channels to third-party investors."

Fintech is riding the waves of disruption with solutions that can better address customer needs by offering enhanced accessibility, convenience and tailored products.

The development of the "investor-borrower" platform in Australia is in response to consumer demand. Peer-to-peer and marketplace lenders can offer lower rates, depending on borrowers credit-risk assessments, and this is something larger Australian banks are not currently equipped to do.

PwC's report explains that where traditional financial service providers are failing, fintechs are succeeding. "Fintech is riding the waves of disruption with solutions that can better address customer needs by offering enhanced accessibility, convenience and tailored products."

When it comes to banks' adoption of fintech at a global level, numbers are still relatively low. Only 22% of respondents from banking organisations agreed with the statement "My organisation has put fintech at the heart of its strategy."

In Australia, it's only recently that larger banks have taken strides to make fintech a core part of their strategies. NAB's personal banking origination platform rollout will be complete by the end of 2016, CommBank has been experimenting with blockchain technology and also partnering with fintech companies, most recently Kounta for its Albert platform. Westpac too has experimented with blockchain and even robots and drones, and its CEO is also part of the FinTech advisor Group, and ANZ has been looking ahead to digital expansion and investment in startups.

However, engaging with fintech comes with its own set of challenges. PwC's report cites regulatory uncertainty as a challenge for 86% of respondents who were surveyed, with the main issue being the ambiguity of the regulations in place.

"Paul Clitheroe, speaking at a recent industry conference, underlined how important it is for the current industry of marketplace lending leaders, of which DirectMoney is one, to provide investment products which are simply structured and which the investor community can easily understand. The regulators play a valuable role in this process," said DirectMoney's Beaumont.

As marketplace lending has only been around globally since 2005 with the launch of Zopa in the UK, it has developed quickly. As more and more consumers adopt it and it develops to better meet their needs, both regulators and those in the financial sector need ways to recognise and embrace the challenges and opportunities posed.

"I see the Australian marketplace lending sector gathering more momentum than we currently expect," Beaumont said. "The interest from the major Australian banks – either as investors, loan buyers, loan originators or some other role – will contribute positively to the speed of business growth, market adoption and the probability of success."