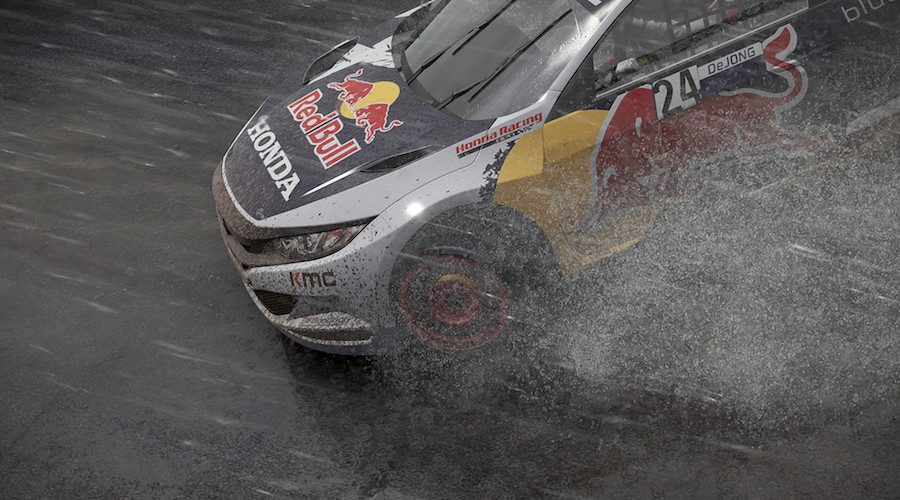 Project Cars 2 developer Slightly Mad Studios employs real race drivers to test its game, and we spoke to one of them about the process that went into fixing the series’ tyre problems.

There was a lot to love about the original Project Cars when it released in 2015. Developer Slightly Mad Studios certainly punched above its weight. An indie developer, it Kickstarted the racing sim with the promise over over-delivering on customisation options and authenticity. And it did, with the end result giving big series like Forza Motorsport and Gran Turismo a run for their money. But like the Group B rally cars of the 1980s, for all the game’s power, it was damn challenging to drive. Race driver Nick Hamilton, brother of F1 Champion Lewis and a success behind the wheel in his own right, took it personally. Hired by Slightly Mad Studios on the first game to help make the car balance feel authentic, he’s honest in his disappointment on its shortcomings.

For this sequel, he is again involved, and together with the programmers and having expert drivers, he has been working on a new “living tyre” physics concept that has taken vehicle handling to the next level. In doing so, it has fulfilled the series’ potential – just read my hands-on. During a recent event in Sydney Australia, I was able to sit down and talk to Nick Hamilton about a number of things. He went into quite some detail about how he and the team have changed the way tyres and grip are simulated in Project Cars 2.

Q: Can you talk me through the process by which you work on the game. Does a developer put a new car on a track, then your drive it and detail where the car isn’t feeling realistic?

Hamilton: Yeah, that's basically my job. Being brought on board to help with the general physics of pretty much every car in the game. Trying to replicate the tyres is particularly difficult because - just like the circuit - a tyre is a living thing. It always changes and it affects the balance of the car in so many different ways. So I work very closely with the developers. Five years ago when we started making Project Cars 1, we [the drivers] made some changes to the tyres that didn't go down that great within development. So it became about how we work together. We went through a trial and error period to find out what works, and what doesn't.

It's not just me that works on the development of the tyres, either. We have the coders and the programmers, but also other expert drivers as well. From René Rast to Tommy Milner to Ben Collins, who was The Stig. We all come together to make sure that what one person says can be changed, and that we all agree it should be changed. Each of our jobs is different and fulfils different needs with the car, but it's how we collaborate that got us to a point of having such a realistic, living tyre model. It has been influenced by my thoughts; Ben's thoughts; Tommy's thoughts.

Q: So you might say something like, "I would have expected to have less grip on this corner in these weather conditions," or something like that?

Hamilton: Yeah, it's not so much about the weather, and more about the balance of the car. For example, I might say, “I shouldn’t have been able to brake as late as I did. There's too much grip on the brake. But probably not enough when initially turning into the corner. However, when I got to the corner exit, the rear stepped out and that was unrealistic.” This means that we should try to take grip away on the braking, improve it in mid-corner, and improve it on the exit, so that we can manage the point between slide and grip.

What we didn’t have in the first Project Cars was the ability to get to the limit of a tyre without it just snapping. You just basically hit that point, rotated and crashed. Whereas with our tyre limit now, we've completely changed it to the point where you can learn what the limit of the tyre is. You can feel like you can turn in and it will stick, and you can understand, "okay, that's pretty much the limit." And even if you go past it, while it will try and bite you, it will also give you the opportunity to correct it and bring it back. But then also when it does go, you spin in a realistic fashion. It's not spinning on a sixpence, as it was in the first Project Cars.

So that way you can learn what the limit of your tyre is and how you can push every lap and try to be as consistent as you can. We've also improved the drop-off rates and how the tyre grip fades through a race simulation stint. So you know when you might need to start pulling back a little bit and not driving as hard. You know you will have a bit more oversteer here and understeer there. You are consistently thinking, because at the end of the day, when you're a race driver, you're always thinking about how the car is, how the tyres are, and where you can improve your lap time so you can stay as consistent as possible.

Having all of these things in your head, as well as driving 120 miles an hour through a corner, means you have got to be thinking about everything all the time. So that's why we have tried to make our model as realistic as we can.

Q: I definitely felt in the first game it was way too punishing in the way it would spin you, so was that the major focus for you going in? To correct that?

Hamilton: For me, that was the first port of call. The second thing was the curves as well, as there was no grip on the curves. Being a race car driver, or just driving anything, you have to be confident in what your vehicle can give you. If you were to hit the brakes, then get off the brake so you can turn a car into a corner, you should know what it's going to do [at that speed]. You should know if it's going to stick, if it's going to hold, and what kind of grip level you are going to have. If you don't have that sort of trust in the car, then you're never going to be fast. I never felt that in Project Cars 1 you trusted what the car was going to do. It was almost like you never wanted to put any more steering lock into it, because it would just rotate and snap, and there was no way you could get it back.

Whereas with this slide and grip feeling we have now, you can get the car to rotate slightly and feel where the limit is. Or you can catch it. And then sometimes it snaps and you can't get it back, which is what happens in real life. But with the addition of the Rally Cross and the loose surface gravel and dirt, we really had to replicate that feeling and make sure that our physics model was progressive and easy to control. We knew we had to improve the physics, which we have!

Q: Can you flat spot a tyre?

Project Cars 2 is on sale September 22 for Xbox One, PS4 and PC.

Project Cars 2 features GT, touring cars, endurance prototypes and exotic hypercars and delivers the full spectrum of motorsport racing with complete freedom to choose what and where to drive.

View details
Not the racing sim you're looking for? Check out Forza Motorsport 7 on Xbox One X.