Prey review: Mimicking the greats while adding plenty too

Recycling the best bits while bringing its own materials.

Call us paranoid, but whenever a sci-fi game zips us into a red onesie, we start shaking in our little space boots. This is especially true when most other crew members are safe behind impenetrable plexiglass, rocking the more muted colours of what we like to call “non-victim chic”. Sure enough, this Star Trek logic proves correct in Arkane Studios' Prey, a Dishonored / System Shock hybrid that jettisons you up ship creek and asks you to paddle aliens with a wrench.

We're not talking any old E.T.s, either. The shadowy TranStar corporation running this Aperture Science 2.0 is researching mimics, murderous headcrab-alikes who can shape-shift into just about anything. Running low on health? Oh, hey, here are two medkits sitting side-by-side for you. Just go pick one-NYAAARGH!

Mimic jack-in-the-box. To your face.

You can expect (or rather not expect) the same fun out of ammo boxes, coffee cups, chairs, and any other object sitting oddly askew in the plush offices and dank engineering depths of Talos 1. Slight problem, though: much like the ashes of BioShock's Rapture, e-v-e-r-y-t-h-i-n-g is in disarray in this failed Mecca of body-tampering. Speaking of, the gameplay deja vu is so strong here, if somebody had have told us this was an Irrational Games title, we'd have bought the lie without question.

All of the pleasing “play-how-you-want” BioShock hooks are here and they dig in deep early. The more shooter-inclined gamer can sort out aliens with upgradeable weapons like a wrench, pistol, shotgun, plus a few cool sci-fi tools that we'll get into in a minute. Alternatively, the more cerebral player can solve life's many problems with Neuromods (read: Plasmid super-powers) and Chips (aka Tonics), or they can hack the various automatons and ship-wide systems on Talos 1 to do some dirty work. 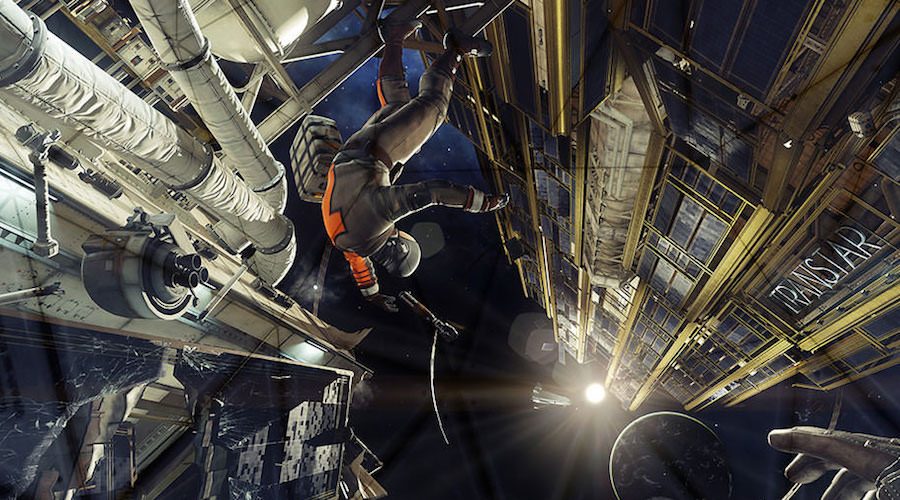 This is one of the cleverest games we've ever played. It constantly wows with many multiple solutions to almost every problem. If you have a talent for thinking outside the box, chances are Arkane is three steps ahead and ready to accommodate your lunacy. Objects, gases and liquids in the world have believable physics applied to them and react believably to a surprisingly large amount of stimuli.

As an example, let's look at a small security booth with one door sealed by a lock and a secondary access shaft blocked by a huge cargo box. Firstly, the locked door could be opened if you thoroughly snooped through nearby emails, or corpses, to find its unique 4-digit code. If you were specced to hack, you could just brute force your way through the lock after beating a mini-game that requires dextrous thumbs.

The crawl shaft could be accessed by sourcing and positioning some red barrels (that old gaming chestnut) and hoping their detonation has enough oomph to shift the cargo box. You could always just spec yourself to be a strongman who lifts things twice your body weight, too. Alternatively, you could loot the research labs for recycler grenades, prototype weapons that suck in and spit out just about anything into paperweight-sized elements. (Note: recycle and 3D printing stations are everywhere and it'll turn you into a kleptomaniac). 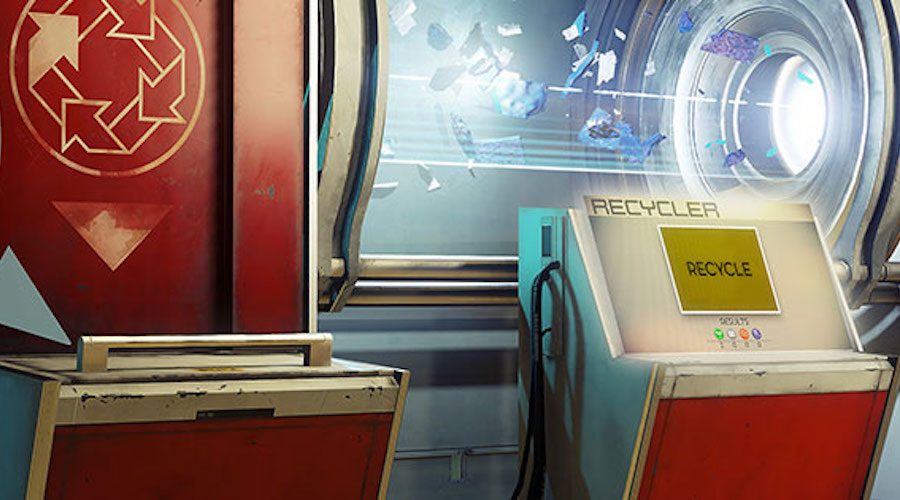 Last but not least, we have the wackier solutions. You could find a third, skylight entrance into the room by using your GLOO cannon to adhere a series of sci-fi spitballs on a nearby wall to make a stairway. Or perhaps you'd prefer to equip a Nerf crossbow to snipe through the booth window coin-slot to override the door (Talos 1's IT department is all about large touch screens). The sneakiest players out there may look at said coin-slot and think: I should use my Mimic powers to transform into a coffee cup, then I could hop through.

Honestly, the mysterious alien abilities in this game are the real stars. Providing you put yourself at great risk to scan the increasingly lethal mimic species out there, you can earn some wicked powers that shan't be further spoiled here. Downside: every mimic mod denies you a little bit more of your humanity. Pretty soon the security systems on Talos won't be able to discern you from the invaders, and you'll also be locking yourself into a darker course in the branching narrative. 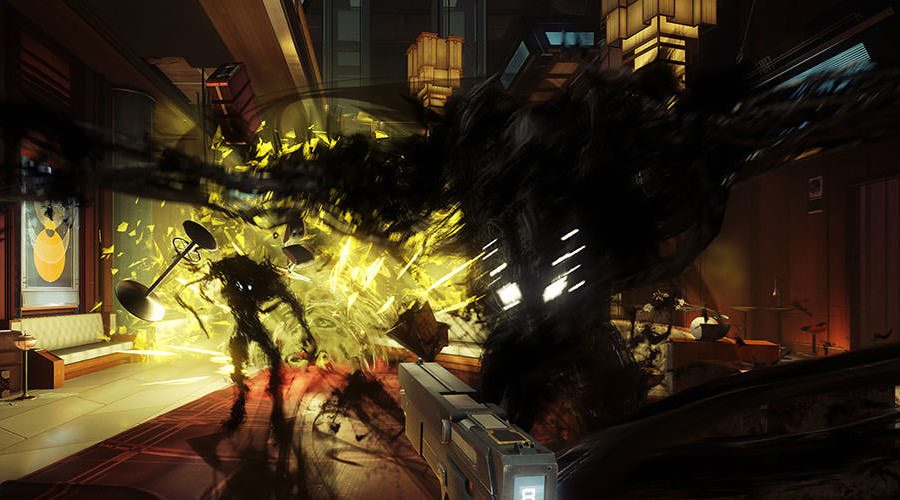 The less revealed about the plot, the better, too. You should however go in expecting a pleasing mind-screw with multiple endings, shifting alliances, and top-notch voice acting. Thanks to Bethesda's media-shafting policies, it was in our interests to finish this quickly, but the wealth of side-objectives and incidental communiques / audio diaries drove us to much distraction. Talos 1 is such an irresistible staff-on-staff bitchfest and that's even before you factor in the horrific experiments. We clocked our first run at 20 hours and, without pause, started up a new save file to play again, completely differently. (We also compared notes with a buddy playing through simultaneously on a separate copy, deliberately making the opposite decisions / upgrade paths to ours.)

Up until this point, Prey may sound more air-tight than an EVA suit, but it's not without a few leaks. Backtracking is heavily encouraged, but shifting between areas slaps you with a long load time. Doing battle in the sizeable zero-G overworld is disorientating and offers cheap deaths. The early combat loop of belting mini-mimics has all the fun and surety of trying to thrash-smack a huntsman to death with a stick after you've had too many beers.

We reviewed Prey (2017) on PlayStation 4 with a copy provided by the publisher.

Prey isn't perfect. That said, don't let the niggles, or the weird sequel / rebooting of a forgotten 2006 shooter put you off. Prey is a sleeper hit. An unassuming coffee cup, sitting next to another coffee cup (that has a “Not a Mimic” post-it note adhered to it). It's gonna latch onto you and not let go for a very, very long time.