What President Trump is doing to markets around the world - finder.com.au

What President Trump is doing to markets around the world 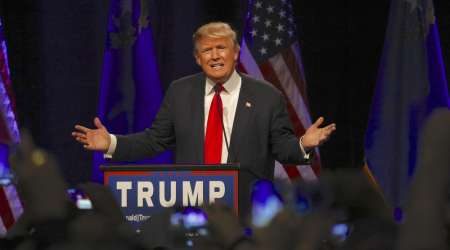 What will the new US President mean for the Australian economy? Saul Eslake explains.

Donald Trump has emerged as the winner in the US Presidential election, but even before the result was clear the prospect came as a profound shock to financial markets.

As I wrote last month, financial markets had for the most part priced a victory by Hillary Clinton -- just as they had priced a vote to remain (in the European Union) by British voters in the Brexit referendum of June 23. They continued to price that outcome right up to the opening of the polls, notwithstanding the narrowing in Hillary Clinton's lead in opinion polls following the FBI's intervention in the campaign on October 28.

As is often the case when the assumptions underpinning the financial markets' pricing of uncertain events turns out to be wrong, the reaction has been both swift, and sharp -- all the more so when there is a lot at stake.

Some will of course say that financial markets over-reacted to the Brexit vote and that the initial market reaction to the US election result should be seen in the same light. To be sure, the British economy hasn't fallen into recession since the Brexit referendum, as some said it would.

But Brexit hasn't actually happened yet -- and it won't, until April 2019 at the earliest. It may not happen at all depending on the outcome of court cases, Parliamentary votes and other eventualities.

By contrast, Donald Trump has won the Presidential election, he will become the 45th President of the United States on January 20. And with the Republicans likely to control both houses of Congress, at least for the next two years, as President he is likely to have a fairly free hand to do what he has said he will do.

Asian stock markets, which were open as the possibility of a Trump victory began to become clearer, fell sharply, led by the Japanese market which earlier in the day had fallen by almost 6%. The Australian market closed 2% lower. Futures markets are signalling that US markets will be down sharply when they open.

On the currency markets, the Mexican peso has fallen by nearly 12% today -- reflecting not so much Trump's threat to "build a wall" along the border between Mexico and the US, but rather his intention to slap a tariff of 35% on Mexico's exports to the US. The Canadian dollar is down by about 1.5%.

Most Asian currencies are down by between 0.5% and 2.0%, with the exception of the Japanese yen, which has risen by more than 3%, almost certainly reflecting a flight to safety by Japanese investors. The Australian dollar has fallen by nearly 2% against the US dollar, despite the fact that the US dollar has itself fallen by between 1 and 3% against other major currencies.

On commodity markets, the gold price is up, and the oil price is down.

And this is despite the fact that a number of Hillary Clinton's policies -- such as increased taxes on high-income earners -- would have run counter to the personal inclinations of many participants in the US financial market.

It's not difficult to understand why financial markets have taken this view.

First, and most importantly, Donald Trump has promised to launch a trade war against China, by declaring it a "currency manipulator". He's also threatened to impose tariffs of up to 45% on everything China exports to the United States -- something he can do under existing legislation. This could bring on a recession in the US and in other countries besides.

Second, Trump's fiscal policies will add significantly to the US budget deficit and US public debt, potentially leading to higher long-term US interest rates (which would in turn be negative for stock prices).

Third, Trump's repeated personal attacks on US Federal Reserve Chair Janet Yellen and his support for the push from Rand Paul and others to "audit the Fed" threaten to undermine market confidence in the Federal Reserve.

President Trump will have the ability, almost immediately upon taking office, to reshape the Fed by filling the two vacancies on the Federal Reserve Board. Previously replacements for the board have been blocked by the Republican-controlled Senate in the outgoing Congress.

Finally, Trump's stated policies towards longstanding US military alliances, and his view that more countries should have nuclear weapons, risks adding to geo-political uncertainty. This could worsen the already-fragile environment for business investment around the world.

Newly installed Reserve Bank of Australia governor Phil Lowe summed it up aptly in response to a question after giving his first speech on October 18, noting that:

"The possible election of President Trump, I suspect, would not be seen as a benign event" in the same way that Brexit had been.

Perhaps an early illustration of one of the essential attributes of a central banker -- a capacity for masterly understatement.

Saul Eslake is Vice-Chancellor's Fellow at University of Tasmania. This article was originally published on The Conversation. Read the original article.