Interest rates will rise in 2022: Are your finances ready? 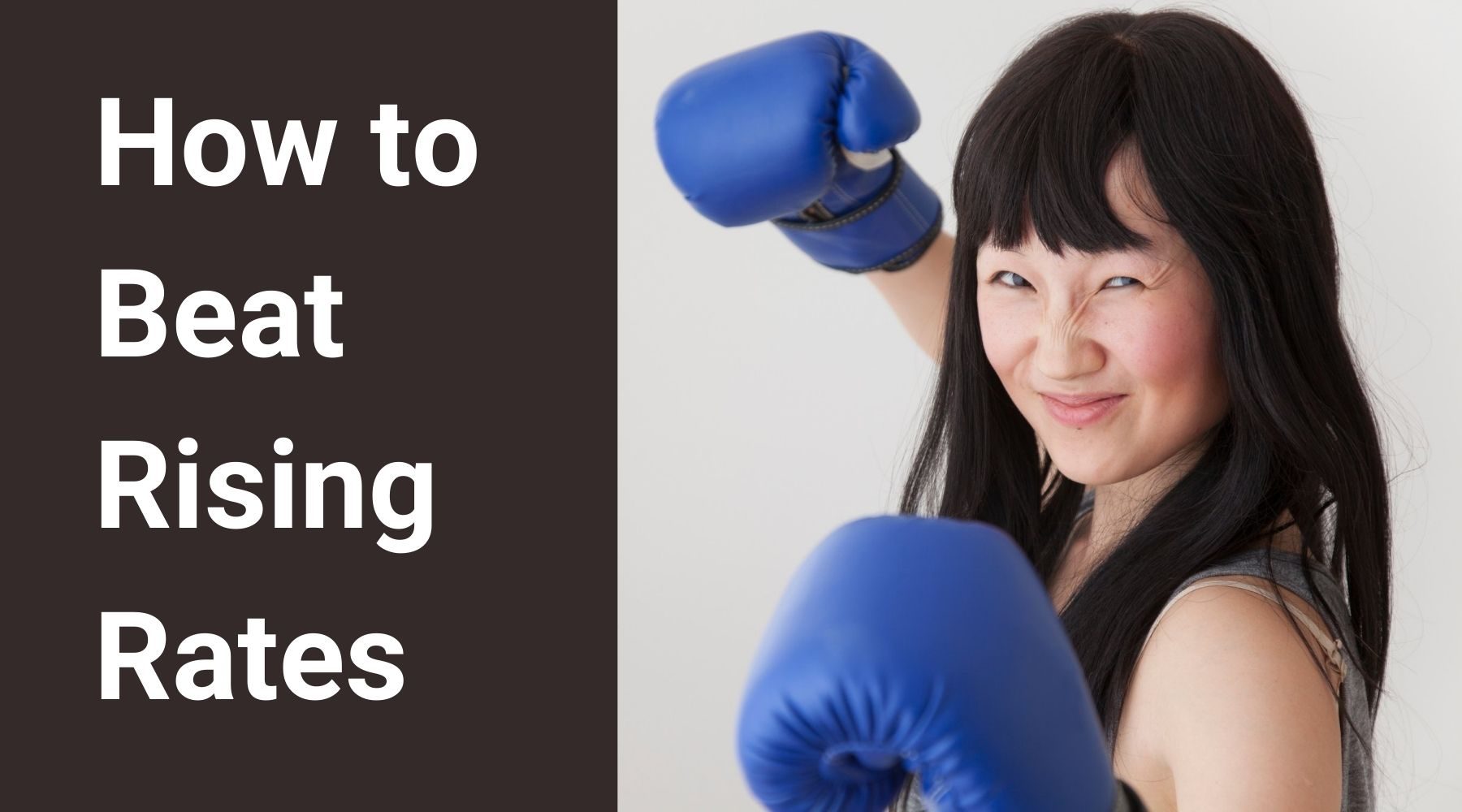 How to avoid getting crushed by higher interest rates, and maybe even coming out ahead.

Interest rates are going to rise in 2022. For borrowers with home loans, it's already happening. Rising rates mean risks and opportunities for everyone, depending on how you borrow, save, spend and invest your money.

Here are some useful tips from Finder's money experts on how rising rates will affect your:

How to avoid getting crushed by higher mortgage rates

Interest rates on home loans are going to rise. It's already happening. You won't be able to completely avoid rate rises, but there are many ways you can soften the blow of rising rates.

Home loan rates remain very low right now, although they are already starting to rise. If you fixed your interest rate now for a couple of years, you'd probably be able to lock in a lower rate. You could stay on a low rate while other people's rates rise.

But it is very hard to try to predict this. And variable rates offer more flexibility than fixed rate loans. If you are planning to sell or refinance soon, fixing might not work for you even if the rate is lower.

Build up extra repayments while rates are low

Because interest rates are very low right now, borrowers are in a better position to pay off more of their home loan debt now before rates rise. If you have some extra savings, you could use them as a buffer to offset your rising repayments in future.

If your home loan has an offset account then this works even better. You can build up extra savings in the account, just like a normal bank account. But you're also reducing the interest you pay on the loan. And it's much easier to access this money later if you need it.

Shop around for a better deal

How to take advantage of higher savings rates

However, don't assume your bank will increase the interest rate on your savings account as a given. It's not mandatory for banks to lift their savings rates as they lift mortgage rates, so it's important you regularly compare savings accounts to make sure you're getting the best deal.

Traps to avoid with your credit card

Finder analysis shows the average standard credit card interest rate has been above 19% since August 2010, and has increased a few times between then and now. It's been at 19.94% since 2019, despite the official cash rate dropping from 1% to 0.25% in that time. The only exception is the Auswide Bank Low Rate Credit Card, which does track and adjust its rate in-line with RBA decisions.

Credit cards also vary their introductory offers, features and perks at different times, so it would be hard to pinpoint any change to a single factor like the official cash rate. But if a cash rate change affects your money in other ways, it could be a good time to switch to a card with a lower interest rate.

How to adjust your investment strategy in a higher rate environment

However, for growth investors who own companies that have a long runway to profitability, the opposite is true. This is because they are traded on higher price-to-earning multiples with lower interest rates reducing the "cost" of waiting for future cash growth to materialise.

As such, higher rates will see more investors leave these types of assets reducing the share price today. Given all of this, investors have 2 options depending on their long-term outlook for markets.

Firstly, they can target the winners over the short term. Over the near term, consumer cyclicals including travel appear to be the big winners with economies re-opening.

Looking beyond shares that will benefit from re-opening, investors can pick companies with pricing power, meaning they can pass on the extra input costs to their consumers. Think products such as a can of Coke or an Apple phone. With such strong brand equity they can pass on rising costs to consumers without seeing a material drop in sales.

Investors can also look into businesses that are linked to inflation including healthcare and some infrastructure projects as they will again pass on rising inflation costs to consumers.

The second option is to bite the bullet on short term volatility and hold some of the growth stocks that will be long term winners.

What do rising rates mean for cryptocurrencies?

Conventional wisdom suggests that as interest rates rise, institutions that are currently exposed to risk assets will look to "de-risk" and move capital out of assets like Bitcoin and other cryptocurrencies. This is especially true for institutions which may have seen Bitcoin as a hedge against inflation, and would now prefer to pursue lower risk investments like government bonds.

There is a good deal of evidence for this already, as the Grayscale Bitcoin Fund, one of the largest institutional funds for Bitcoin, has seen enormous outflows of capital over the past few months. This is right on par with the announcement by the US Federal Reserve that it is planning to increase interest rates.

What this means for retail investors is less clear. They may respond to a market-wide downturn in prices by following the lead and selling their assets, while some may look at it as a buying opportunity. While Bitcoin has become increasingly correlated with traditional markets, it is still its own beast and largely led by retail investors rather than managed funds (which are a relatively new addition to the cryptosphere).

One response to rising rates for cryptocurrency holders is to park your crypto assets into crypto savings accounts. It's now common to earn up to 4% APY on Bitcoin and Ethereum, while other smaller coins can get even higher returns.

Stablecoins are also really attractive. AUD-based stablecoins can fetch anywhere from 4-8%, while US dollar stablecoins will net you 8-10% easily.

There is also no fundamental link between rising rates and the price of Bitcoin. Rather it became a narrative of the last cycle so markets are responding accordingly as things invert. But the growth of Bitcoin is an entirely different beast and may decouple from the macroeconomic narrative at any time.

Want to get more out of your money? Try the Finder app, which lets you track your saving and spending, monitor your credit score and trade Bitcoin fee free.