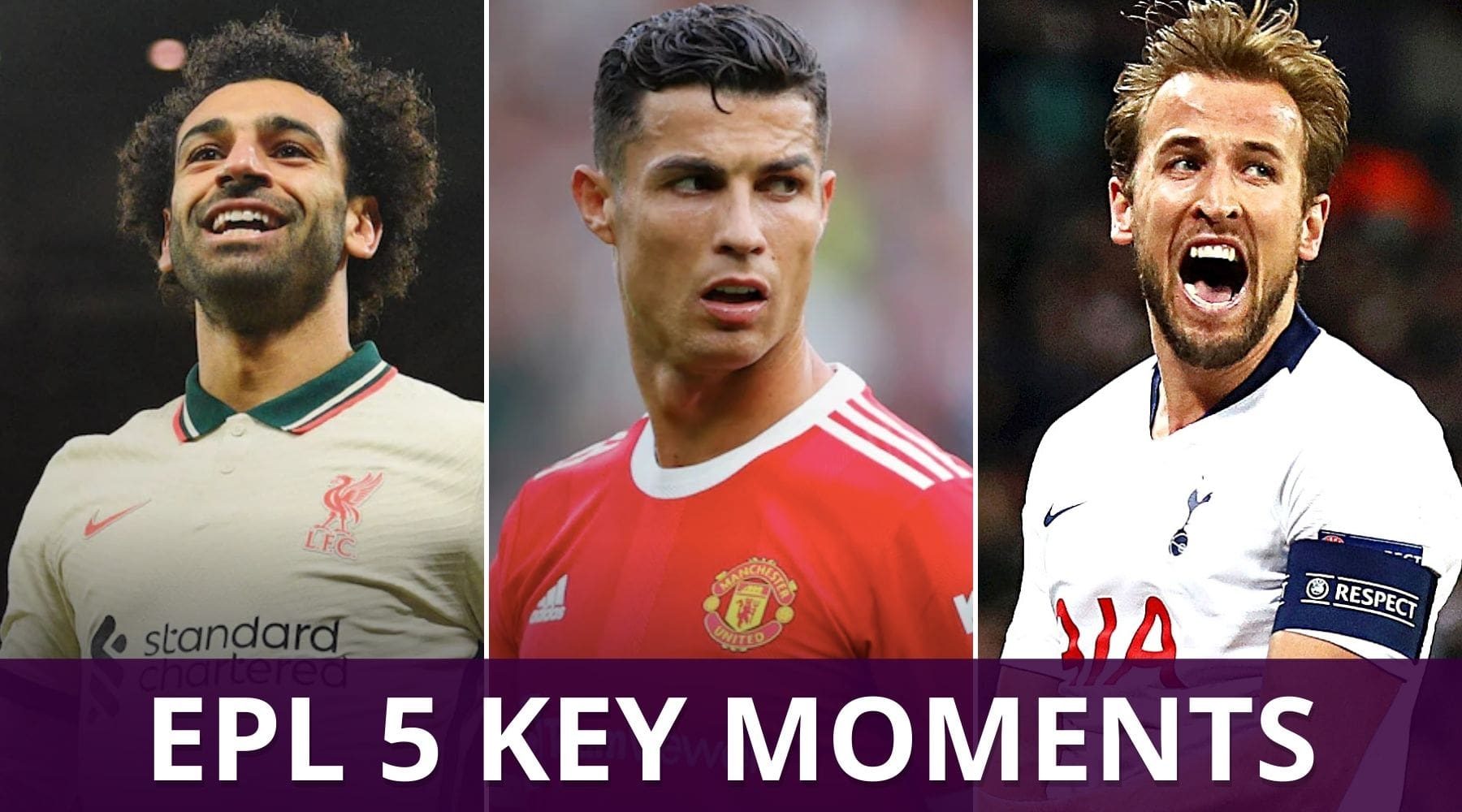 Mo Salah is unstoppable, more managers are under pressure and the gap between the top 3 and the rest could get bigger.

With a quarter of the season gone, the top 3 sides have started to pull away. They could extend that lead this weekend.

The sides chasing are realistically battling it out for 1 Champions League spot and the remaining spots for the other European competitions. Teams 4 to 11 are separated by 4 points, so it's tight. They'll be keen to keep pace with the leaders early in the season.

Elsewhere, Mo Salah looks to continue his record-breaking run when Liverpool host Brighton. Also, with a few managers under pressure, bad results this weekend could see another manager sacked. We've picked out some highlights to keep an eye on.

Leicester vs Arsenal: Can either challenge for Champions League football?

The early kick-off promises to be an interesting affair between 2 sides starting to find their grooves. Just goal difference separates Leicester (9th) and Arsenal (10th). A win could see either go as high as 4th in the table.

This match is a test to see how seriously either can push for European football next season.

ALSO READ: Our Leicester vs Arsenal preview and prediction

Chelsea, Liverpool and Manchester City opened up a gap from the chasing pack last weekend and have the chance to increase that this round. All 3 play at the traditional 3pm Saturday kick-off slot (UK time).

Chelsea have lost just once this season (to City) and in the form they're in, will fancy running riot against Newcastle. Could they score more than the 7 they got against Norwich?

Liverpool are yet to lose but have the toughest fixture of the leaders at home to Brighton (5th), although the Seagulls haven't won in 4.

Manchester City host a Crystal Palace side that has only lost twice this season. Though with 6 draws from 9 games, it's too much to expect the Eagles to trouble City. They'd certainly take another draw, but City should have too much quality.

Match preview: Can Chelsea extend their lead at the top?

Speaking of quality, Mohamed Salah is the man of the moment in the Premier League. The Liverpool star has 10 goals and 5 assists from 9 league matches this season. He seems to break a new record every week.

Everything he touches turns to gold and it'll be a shock if he doesn't extend his club record scoring streak to 11 consecutive matches in all competitions.

With his season likely to be interrupted by the African Cup of Nations in January, now is the time to watch the Egyptian genius.

Brighton certainly will need to find a way to limit the danger he poses, but nobody else has managed to this season.

Roaring Reds: Do we think Salah will score again?

“At the moment he's not world class, he out-of-this-world class! He is producing in all the big games too - Chelsea, Manchester City, Atletico Madrid, Manchester United.” #awlive [mail] pic.twitter.com/u2UDRPdVRH

Tottenham and Manchester United both have ambitions to qualify for the Champions League, though the way their seasons are going that is starting to look difficult. With both managers under increasing pressure, this match could go some way to them keeping or losing their jobs.

Nuno Espírito Santo only joined Tottenham in the summer, but has not set the world alight in North London. A win here would help to dispel the doubts about him and give him more time for his methods to work.

Ole Gunnar Solskjær is at the last-chance saloon for United and needs a convincing victory to keep his job, but even that might not be enough following the Liverpool thrashing last week.

With both squads lacking confidence, the managers will need their star strikers to fire. Will Harry Kane or Cristiano Ronaldo come to the rescue?

ALSO READ: Our match preview as Solskjær tries to keep his job

Wolves and Everton on the cusp of European places

The final match of the weekend is on at the best time for Aussie fans. A bit of Premier League football is the perfect way to start a Tuesday.

On the pitch, Wolves have started to climb up the table and 10 of the 13 points they've collected this season have come in their last 4 games. That's a hot streak.

Meanwhile, Everton have gone the other way and suffered an embarrassing loss against Watford last time out. The Toffees led 2–1 after 77 minutes and managed to lose 5–2. After a promising start, they've lost their last 2. They'll need a win here to get back on track.

Both sides could realistically challenge for European football this season and a victory here would put the winner firmly in the frame.