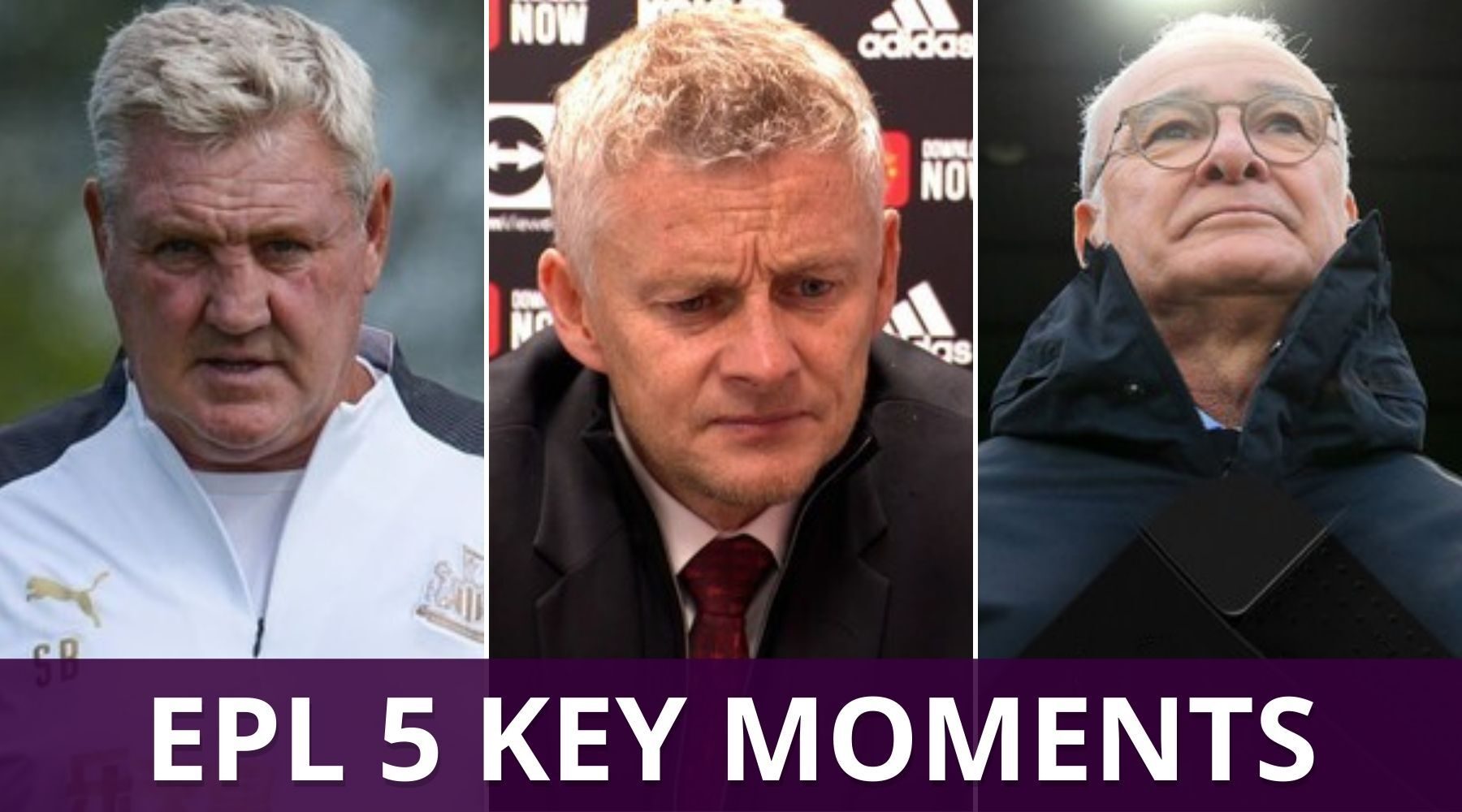 Some managers will be starting to feel the pressure this weekend as the Premier League returns from the international break.

It already looks like we have an enticing title race on our hands, while there are plenty of other storylines to look out for across the league. These are 5 of the best.

1. Ranieri back in the Premier League

The first match of the weekend opens with Claudio Ranieri's return to the Premier League as Watford host Liverpool. The Italian was appointed as Watford manager to replace Xisco Muñoz just 7 matches into the new season.

Muñoz was only appointed last December and got the Hornets promoted, but that is the Watford way. The average tenure for a Watford manager since 2012 is 30 matches and Muñoz managed 36.

This is Ranieri's fifth job since he left Leicester in 2017. He averages 35.5 matches per job. Given recent history, Ranieri will do well to last the season.

Watford fans will hope they see the Ranieri of 2015/16, when he led Leicester to the title, rather than when he went to Fulham for part of the 2018/19 season and was unable to prevent relegation.

In Liverpool, Ranieri will face a baptism of fire. The Reds have been scoring freely this season and would go top of the table with a win, at least until the rest of the teams play.

🟡 The average tenure of a Watford manager since the Pozzo family took over in 2012 is just 30 games...@WatfordFanzine | @watfordpodcast

2. How will Chelsea cope with a rested Ivan Toney?

If Liverpool do get that early win then they'll be hoping Chelsea drop points against Brentford. The Bees have already beaten Arsenal and West Ham this season and drawn with Liverpool.

Chelsea might have a few injuries to contend with after the international break and will have to find a way to blunt Brentford's relentless pressing.

Led by Toney and Bryan Mbeumo in attack, the Bees have been impressive this season and made opposing teams struggle. They'll both be well-rested after no international football and could cause Chelsea some problems.

After waiting so long for top-flight football, Brentford fans have turned their new stadium into a fortress. A West London derby will take that up another notch.

CHECK OUT: The last game of this round as Arsenal take on Crystal Palace

Steve Bruce is seemingly on his way out at St James' Park, it's just a matter of when the new owners can find a replacement. His Newcastle side host Tottenham this weekend and will be desperate for a first win of the season, to move out of the drop zone. That probably won't matter for Bruce and would just grant him a stay of execution.

Newcastle fans have been unhappy with how the club was run under former owner Mike Ashley and have taken that frustration out on Bruce. With the influx of cash that comes with the new regime, fans will be dreaming of a surge up the table and a style of football that matches their ambition.

Spurs will be looking for another win after dispatching Aston Villa last time out and their manager, Nuno Espírito Santo, will also find himself under pressure if he can't deliver that against the Magpies. With lots going on off the pitch, this match is full of intrigue.

4. Can Ole Gunnar Solskjær save his skin?

Manchester United travel to Leicester just 2 points off the top of the table, but that doesn't tell the story of their season so far. With the attacking talent at his disposal, Solskjær needs his team to start getting results and turning on the style.

The club has been patient with him so far, but a club of United's size can't go another season without a trophy. If he can find the right formula then United have the players to push for a title challenge.

Leicester have been frustrating so far this campaign but Brendan Rodgers isn't under pressure just yet. Incidentally, he has been heavily linked with the Newcastle job.

United are favourites in this and will look to extend their Premier League record to 30 matches unbeaten away from home. Leicester could threaten that and increase the pressure on Solskjær if Jamie Vardy can continue his run of form.

Aston Villa host Wolves in a West Midlands derby. Both sides are yet to hit their stride this season but in this case, the pressure isn't on either manager. Dean Smith has done a great job at Villa in his spell there and Bruno Lage will surely be given time, having only joined in the summer.

Villa lost at Tottenham last time out but beat United and Everton before that. They're still adapting to life after Jack Grealish.

Hwang Hee-chan and Raúl Jiménez have both found the net in recent matches so Wolves look like they're starting to click under Lage.

Both sides are capable of attractive football and have started to show some promising signs in recent matches. Coupled with the derby atmosphere, this one could be worth watching.