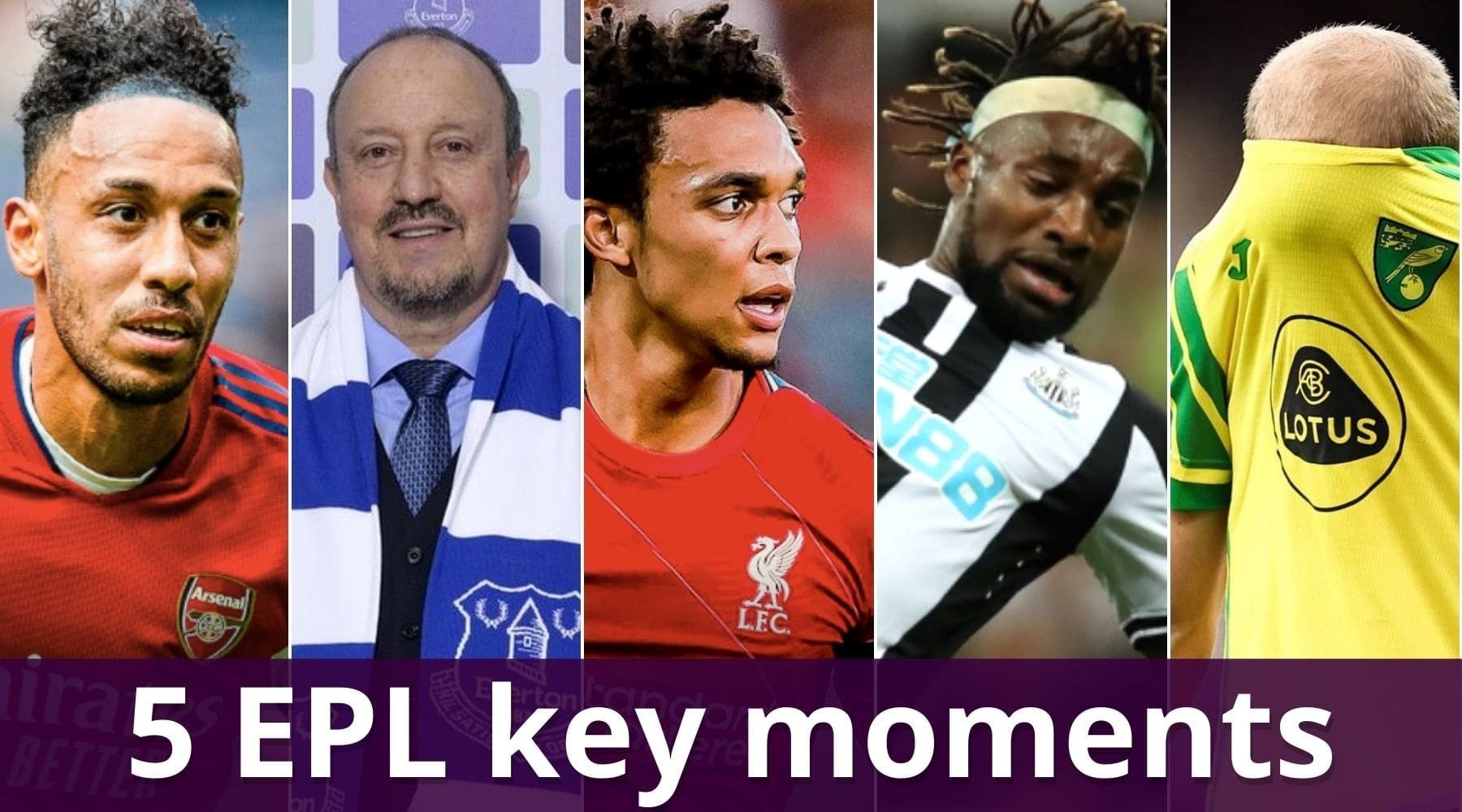 The final Premier League weekend before the October international break has enormous anticipation at both ends of the ladder.

SUMMARY: The 2021/22 Premier League season is exclusive to Optus Sport. If you already have an Optus Sport subscription, you are all set. If not, you can save 20% with an annual subscription.

The Premier League is starting to take shape for another season and there are already some intriguing events unfolding.

This weekend – the last round of matches before the October international break – features 2 top-of-the-table clashes, 5 teams looking for a first win of the season and a relegation battle.

In the first instalment of a new weekly series, we have broken down 5 key matches or issues for you to keep an eye on.

Spanish maestro Rafa Benítez returned to Merseyside in the summer. He takes his Everton team to Old Trafford for Saturday's early kick-off. In his 10 visits there as a manager, Benítez has only won twice.

Only goal difference separates these 2 teams in the Premier League (EPL), with Manchester United sitting fourth and Everton in fifth. Can Benítez pull off a tactical masterclass or will United's star-studded squad have too much quality for the Blues?

For Aussie fans this is the best opportunity to watch a live match this weekend, with kick-off at 9:30pm AEST. There should also be plenty of goals.

Liverpool legend Benitez signs for Everton. What’s he up to? Let’s see how it goes #YNWA pic.twitter.com/If4JvddOBM

The Canaries lost just 7 times last season on the way to the Championship title. In 2018/19, they lost just 6 times at the same level and also won the title. This season in the EPL they've lost their first 6 matches, to go with the previous 10 the last time they played in the top flight.

It's hard to understand how a team that can dominate the Championship can't compete in the Premier League, especially when other promoted teams have made the step up with relative comfort in recent seasons.

The trip to Burnley could be the best chance Norwich will have for a win, with the Clarets also winless and just 2 points above Norwich at the foot of the table. If neither side can get a win in this match then it's hard to see when they will.

This blockbuster clash between the 2 most recent champions is a mouthwatering prospect. Liverpool are the only unbeaten side in the league, while City haven't lost since the opening day.

Expect another tactical battle as Jürgen Klopp and Pep Guardiola try to find any advantage they can to eke out a result. Liverpool will likely be without Trent Alexander-Arnold, which will give both managers something else to think about.

The Reds have scored 3 or more goals in each of their last 6 matches in all competitions this season, while City have only conceded once in the EPL. The Citizens will be reeling after a midweek defeat to PSG in the Champions League and will be keen to make amends.

No result would be a surprise in this match and both teams would probably be happy enough with a draw at this stage in the season.

4. 5 EPL teams still without a win

With 6 matches played so far, fans of Southampton, Newcastle, Leeds United, Burnley and Norwich must be hoping this is the match day they'll get off the mark for the season. While the latter 2 meet, Southampton travel to Chelsea, Newcastle travel to Wolves and Leeds host Watford.

Saints managed a draw away to City earlier in the season so won't be overly daunted by the trip to Chelsea. The Blues need to bounce back after 2 straight defeats, however, so Southampton might face an onslaught.

Newcastle finished last season strongly but have yet to get going in this campaign. If the Magpies can't pick up a win soon, manager Steve Bruce could be out of Newcastle quicker than he can run.

Can you explain me @EASPORTSFIFA why did you give me 91 pace and 99 pace to Steve Bruce ? https://t.co/ni6xbPtbwq

Leeds need a win to shake off the impression they're suffering from second-season syndrome. Leeds' recent record against Watford isn't good, though the last time they faced the Hornets in the EPL they did the double.

Would we be shocked if none of them win this weekend? No, we wouldn't, but surely one of them will. All these matches start at 12am AEST on Sunday 3 October.

5. Have Arsenal really turned the corner?

After 3 humiliating defeats to start the season, the Gunners found themselves at the foot of the table. To make matters worse Tottenham were on top, with 3 wins from 3. Fast-forward 3 matches and the tables have turned, with Arsenal now above their North London rivals on goal difference after a derby win last weekend.

Has the Mikel Arteta revolution begun or will Arsenal stumble away to a Brighton side sitting just a point off the top? This match will be a good indicator of Arsenal's progress.

The focus will also be on Ben White as he returns to his former club for the first time since his £50 million transfer in July.

You can also save 20% with an annual subscription to Optus Sport, which starts from $139. The platform also comes with a range of mini highlight packages, ranging from 3 minutes through to a full 90-minute replay. We have a full guide to Optus Sport for you.