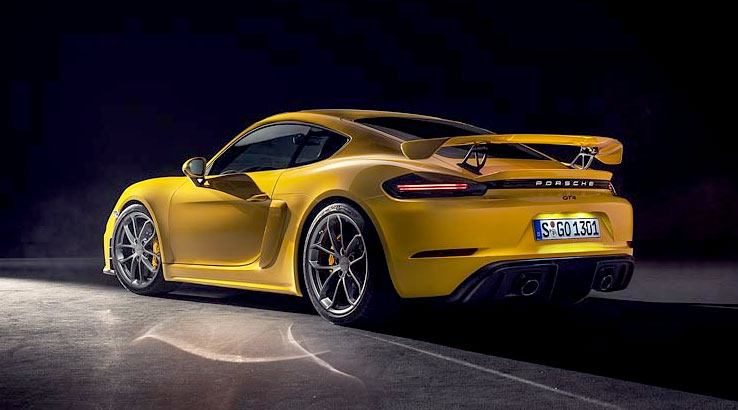 Porsche has today announced two new models that the German high-performance sports car maker says will delight motoring enthusiasts thanks to raw and pure driving characteristics. Let's take a peek under the bonnet at the specs.

Porsche is known for its use of boxer engines, where the pistons are laid flat (as opposed to vertical or at an angle in a V engine layout). The motor is also positioned in-between the two axles, giving the car balance and poise. These two models are no different there. They do differ in that they use a non-turbo version of the current 911 Carrera's power plant.

In an effort to improve fuel efficiency, Porsche engineers employ a technology to effectively pause three cylinders when the driver's inputs allow. The engine also uses injectors that have five phases to give a more complete combustion and help reduce the exhaust emissions.

It's also pretty exciting to see that Porsche has opted to use a six-speed manual gearbox in both cars, as many carmakers now favour automatic transmissions. 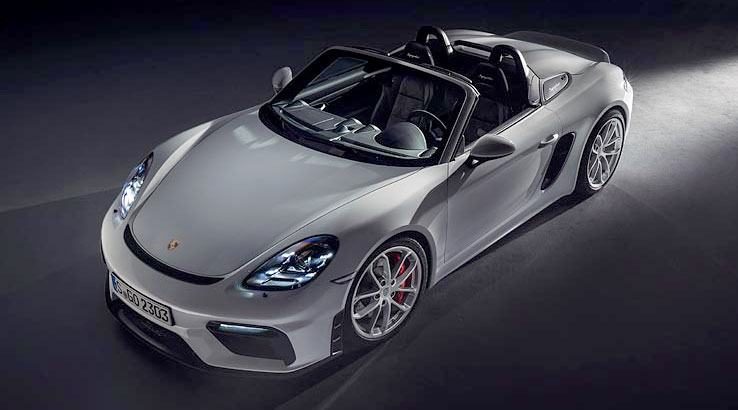 Porsche designed this model as a homage to the 1950s 550 Spyder and the company's 718 RS 60 racing car from the sixties. It shares the rear aerodynamic design of the Cayman GT4, however, it also benefits from a wing that deploys automatically at speeds over 120km/h. Apparently, this is the first time a Boxster model has actually produced rear axle downforce.

The 718 Spyder also shares a GT chassis with the 718 Cayman GT4. Porsche states the design delivers distinguished handling in turns. Engineers also made use of motorsport style ball joints in the suspension, versus traditional bushings. The development team has also introduced an active damping system while lowering the light-weight suspension 30mm. If the specs don't make it clear enough, the company states they've set up the car for racetrack use.

Finally, no performance car would be complete without wide, sticky tyres. Porsche specially selected and tweaked a rubber compound to improve traction and handling. 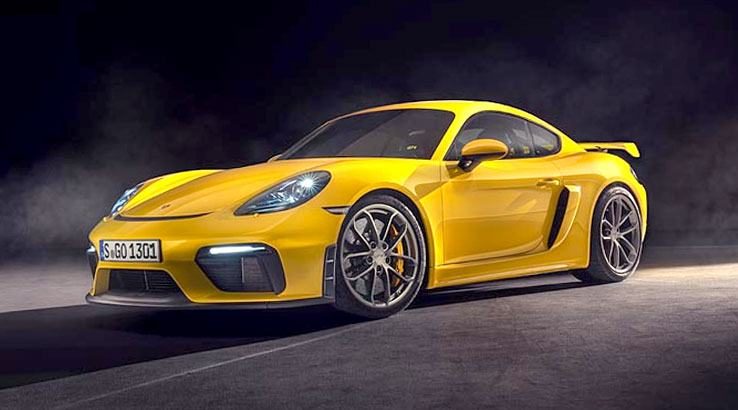 A lot of development has gone into the aerodynamics of the 718 Cayman GT4. The new model apparently has 50% more downforce, without a significant increase in drag. The revised RWD two-seater performance car also has 30% more downforce on the rear axle and Porsche's new wing design generates 20% more than the outgoing Cayman GT4. Those advancements can be likened to adding 12 kilos onto the car when travelling at 200km/h. There's also a large splitter at the front, as well as air curtains, shaped to settle and direct air around the car's body.

Underlining the car's purpose, there's an optional package for the GT4 that adds a steel roll bar, fire extinguisher and racing harness, making the car track-ready.

The brakes on both models are also suitable for a racing circuit, owing to single-piece aluminium brake callipers that flex less and give an improved pedal feel to the driver. For really serious track use, there are ceramic-composite brakes available as an option.

With all these changes combined, the 718 Cayman GT4 shaved 10 seconds from its forerunner's time around the infamous Nüburgring circuit.