Police are cracking down on P2P lending in China | finder.com.au

Police are cracking down on P2P lending in China 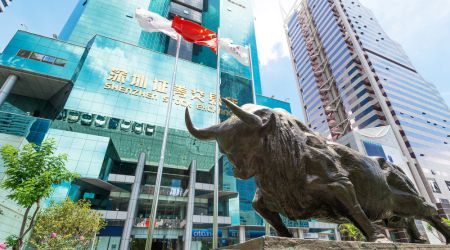 Peer-to-peer lending companies have been raided and executives have been taken on prison tours.

The Chinese peer-to-peer (P2P) lending market has experienced some turmoil as of late and it has now led to police intervention. Chinese authorities raided the offices of two P2P lending platforms, both of which are now defunct.

Changning police released a statement about the raid, which resulted in five arrests.

"The two lending platforms, Jinlu Fund and Dangtian Wealth, are suspected to have pooled funds from public investors without legal operational certificates," the notice said.

"The police will take coercive measures against people in charge and urge the mother company Kuailu Investment Group to fulfill its obligations."

The problems have stemmed from Chinese P2P lenders operating in a regulation-free environment up until recently, which led to unscrupulous platforms being able to operate. Chinese policymakers have accused several platforms of running Ponzi schemes and illegally fundraising. One notable example is Ezubao, described by one of its top investors as "nothing but a Ponzi scheme" after his arrest. The platform lost its investors US$7.6 billion due to up to 95% of the product being fake.

Regulators have taken steps to curb the exploitative behaviour, including introducing policies to regulate the industry in August. In Shanghai, 50 P2P lending executives have also been led on a tour of Qingpu prison to scare them into compliance. Executives were given an introduction to prison living and a lecture from convicted financial fraudster Lu Junchao.

China's P2P industry dwarfs Australia's, and is the largest single market for the alternative form of finance in the world. Both Australia and China's market were, up until recently, largely unregulated. This, combined with the rapid growth of the sector in China, led to several P2P lenders going out of business and losing investors' money. While the same hasn't happened in Australia, preliminary measures are being taken to regulate the industry.

In March of this year, the Australian Securities and Investments Commission (ASIC) released a regulatory factsheet to help P2P lenders understand the regulatory framework under which they operate.

However, Australian P2P lenders such as Stuart Stoyan, founder of MoneyPlace, are calling for more regulation to ensure no major failures in the market. Speaking at a conference in July last year, he told the audience there was not enough regulation.

“Our biggest fear is a major failure by a P2P lender, or a company claiming to be one, that causes ASIC or another agency to come in and say, ‘We’re shutting this down’.”

While Australia's peer-to-peer lending market is a long way off the size or development rate of China's, it provides an interesting case study for what happens when regulators and police are forced to step in to a burgeoning alternative market.
zhu difeng / Shutterstock.com