We compare the Polestar 2 vs the Hyundai IONIQ 5, to see which is better

How does the Polestar 2 compare to one of the latest EVs to arrive in Australia, the Hyundai IONIQ 5? 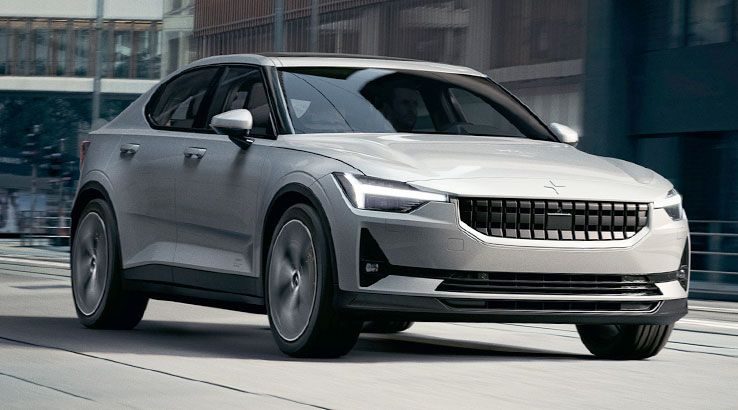 The Polestar 2 is a bit of a looker. It features clean, crisp lines and angles and clearly sports Scandinavian inspiration in its design. There are some subtle nods to its parent company, Volvo, like the front grille and rear light cluster. 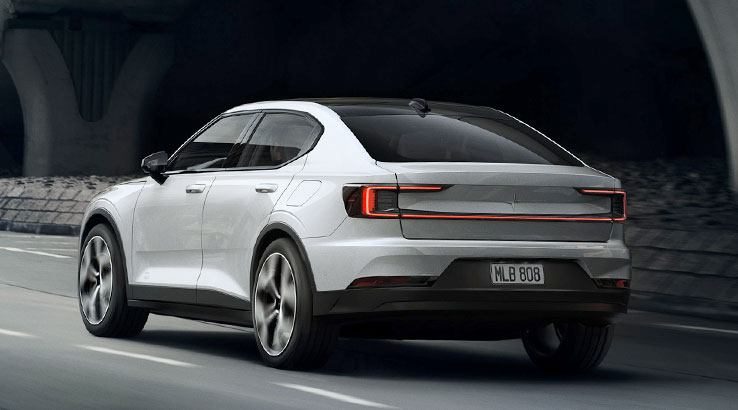 At the rear, the Polestar 2 is super minimal. It's nice to see a design with so little visual clutter. 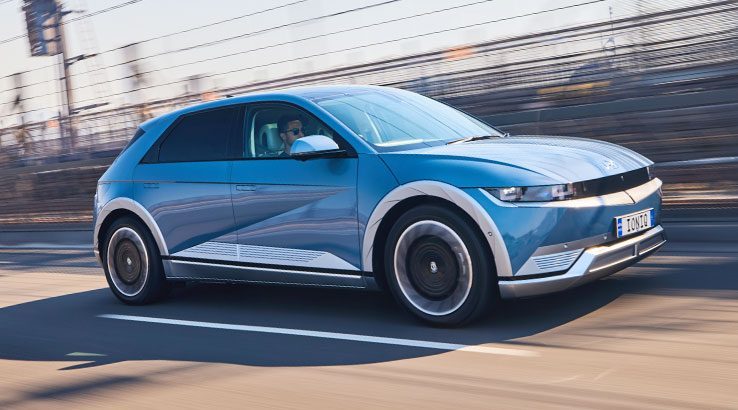 Hyundai's IONIQ 5 has an incredibly sleek aesthetic. It reminds us more of a concept car than a production electric vehicle. Quite rightly, it's won a heap of awards too. It's got some highly unique details, like the wheel arch "liquid metallic" cladding that seems to be inspired by camera shutter blades. The aluminium "clamshell" bonnet's leading edge has a sort of retro, yet futuristic, shaping that reminds us of an eighties hatch – in a good way. 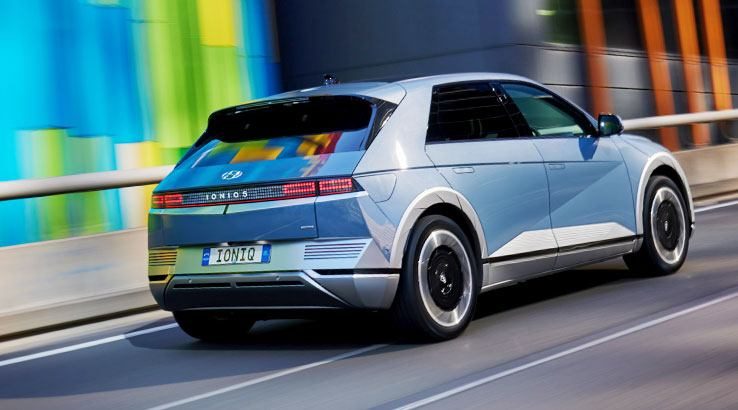 At the rear, the IONIQ 5 is very distinctive. You can really see the interesting parametric angular body lines and neat design elements like the taillights. The door handles are flush, adding to the clean look this electric vehicle has.

While the Hyundai IONIQ 5 has a far more interesting and daring exterior design, we think that the Polestar 2 is a better-looking vehicle overall. However, we acknowledge that looks are subjective and some buyers might be attracted to the retro-modern styling that the Hyundai has going on.

At the moment, the Hyundai IONIQ 5 is listed as sold out. However, Hyundai Motors Australia states it is placing an order for more stock.

The Polestar 2 is less costly to buy and cheaper per kilometre of range than the Hyundai IONIQ 5.

How do the two electric vehicles compare on the inside? 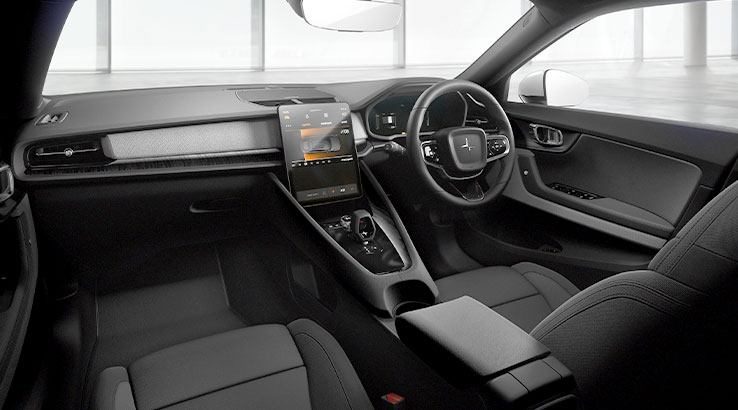 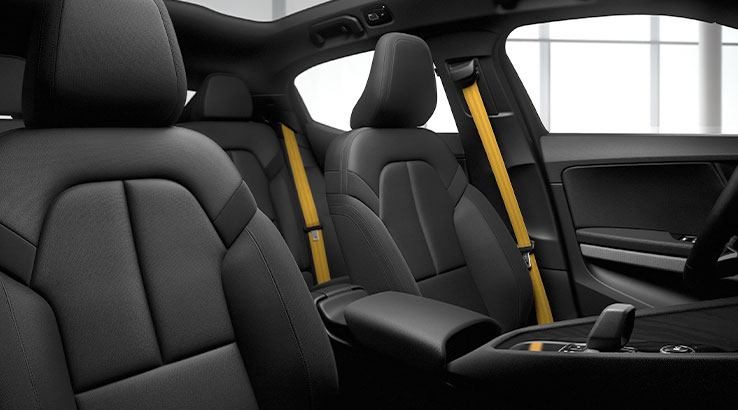 Car reviewers thought the Polestar 2 had a functional and well-thought-out interior. Journalists related that the Polestar 2 was very user-friendly, especially the implementation of the touchscreen. 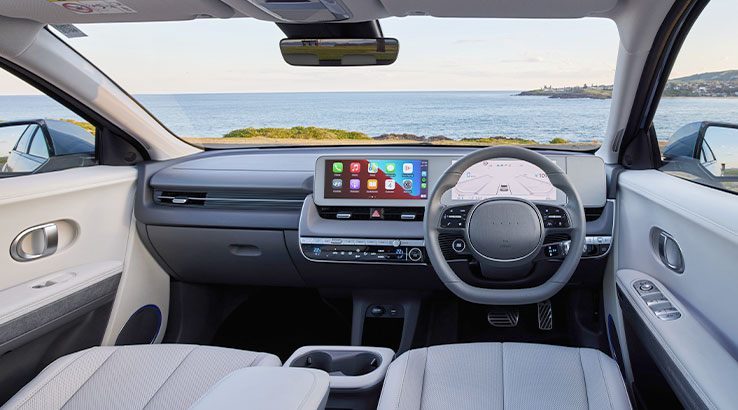 Probably the biggest stand out feature of the Hyundai IONIQ 5 is those dual 12.3-inch displays that project out of the dash. An interesting detail, Hyundai says engineers were able to move some of the HVAC components out of the interior. The result is a noticeably slimline dashboard. Uniquely, the glovebox opens like a drawer. The floor in the cabin is flat, thanks to the IONIQ 5's platform. The centre armrest can move up to 5.5 inches (140mm) forwards or backwards to give rear occupants more room. If that's not enough, the rear second row can slide backwards by a similar amount (135mm) for increased legroom. 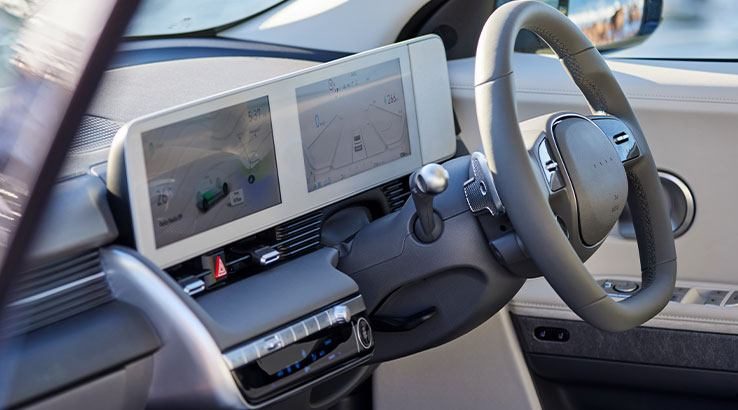 While car reviewers stated that the Polestar 2's interior is magnificent, for us, the IONIQ 5 looks more interesting. The reclining "relaxion" front seats seem like a great inclusion and the specification is premium. There are heaps of little touches that just make sense, like a cooled wireless charging pad and the ability to open the charger flap using voice commands. 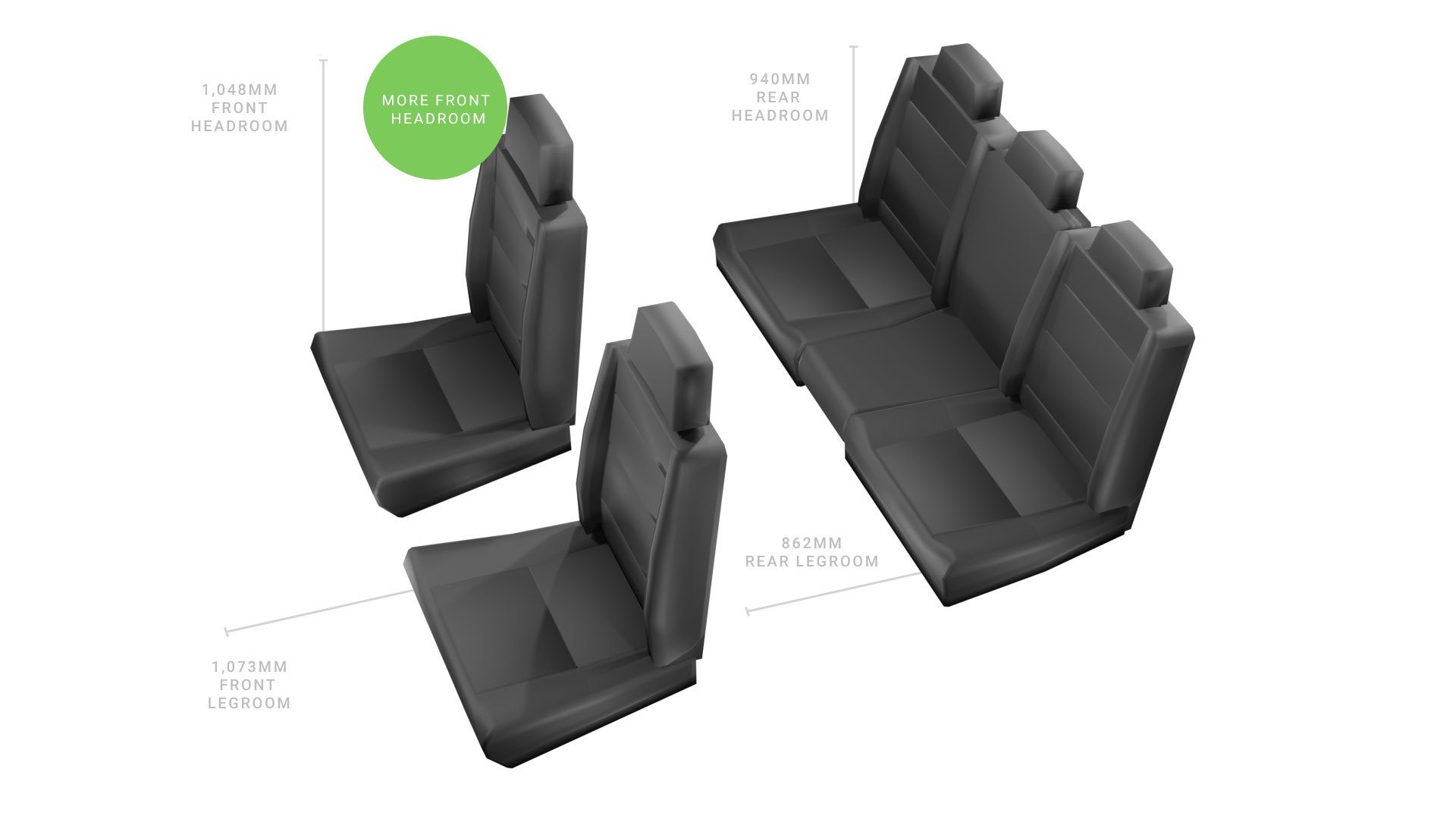 The Polestar 2 has 1,073mm of "effective" legroom for the front passenger and 1,048mm of headroom in the front. For the rear passengers, the Polestar 2 has 862mm of legroom effectively and 940mm of rear headroom. Sitting in the front, passengers have 1,386mm of shoulder room. That's 79mm less than the IONIQ 5. Second-row occupants have 1,336mm of shoulder room, so 129mm less than the Hyundai EV. 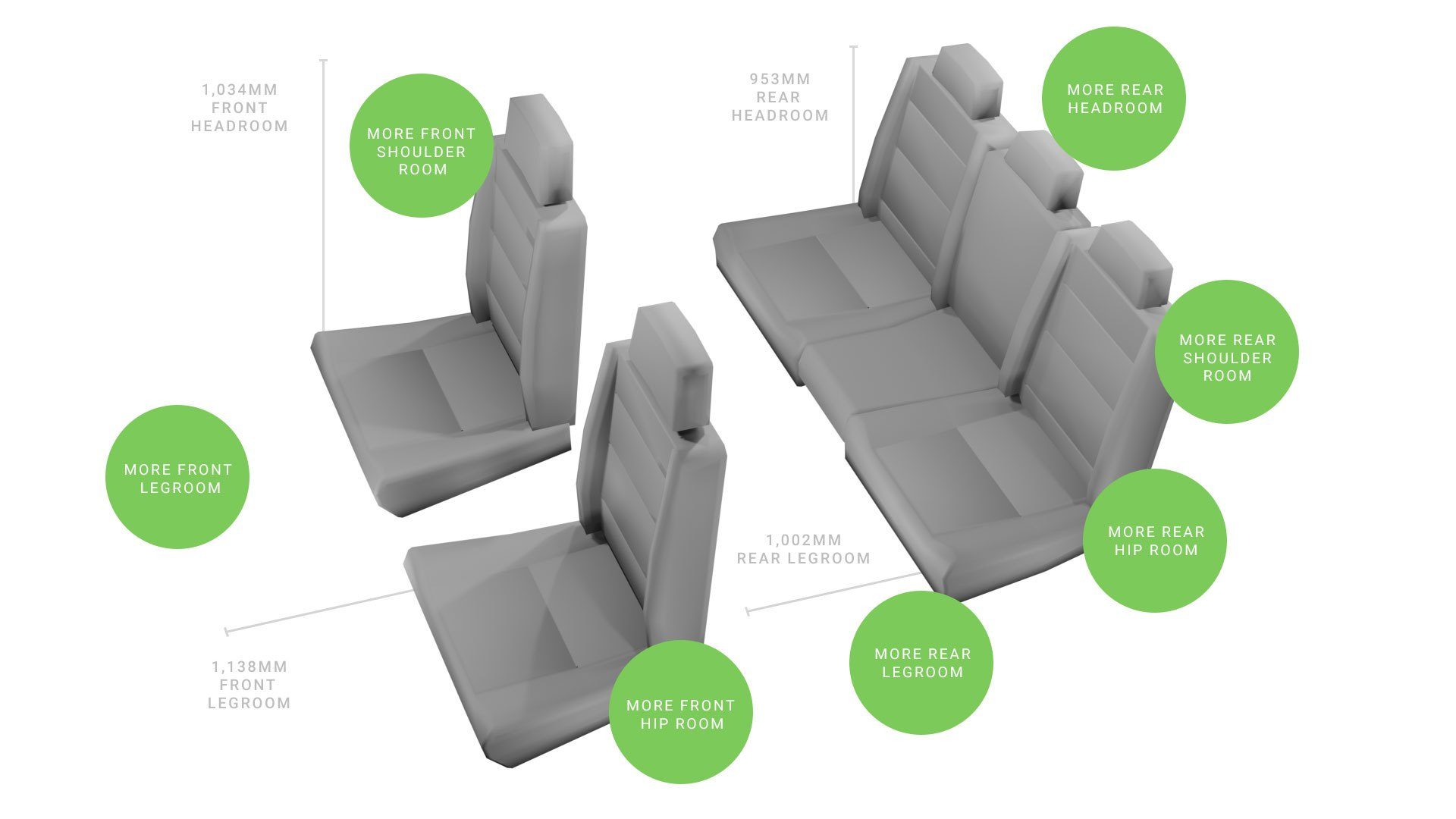 Which is bigger inside, the Polestar 2 or Hyundai IONIQ 5?

The boot volume measures 405 litres. The front luggage compartment has a volume of 35 litres, totalling 440 litres of storage space. 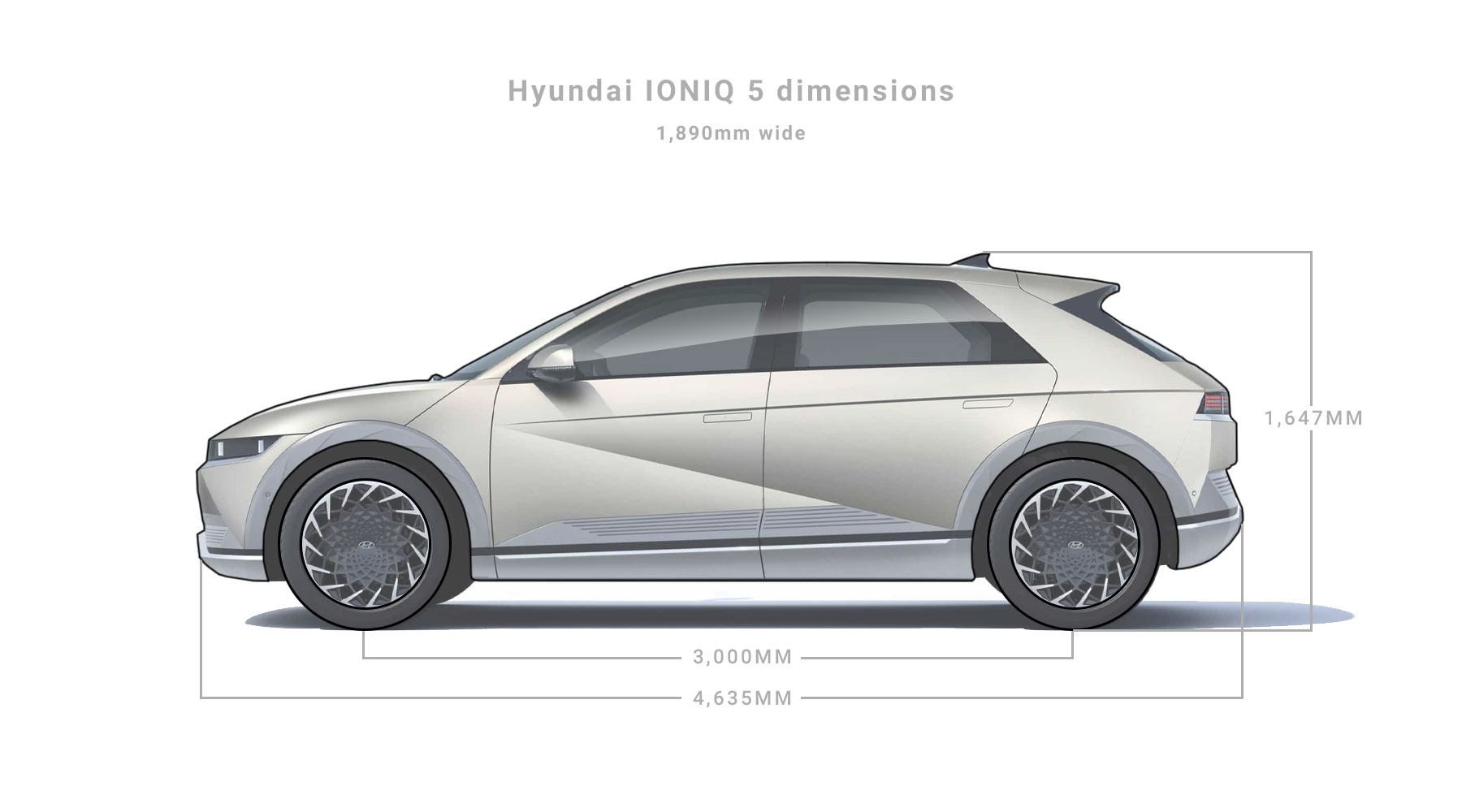 That means the IONIQ 5 is just over an inch longer than the Polestar 2, or 29mm. It's wider too, by 31mm. It also has a longer wheelbase and is a taller vehicle.

The Hyundai IONIQ 5 is a larger vehicle, with more interior space and a higher capacity for carrying luggage. Obviously, it depends on the kind of car you want though, so if you want something smaller – go for the Polestar 2.

The Polestar 2 on average was $9.27 cheaper than the IONIQ 5 to insure.

Who builds the Polestar 2?

Polestar is a subsidiary of Volvo, which is owned by Chinese automotive giant Geely. Famously, Polestar started life as a Swedish Touring Car racing team. The team won several championships and later it was bought out by Volvo. Through the years, Polestar has grown from a racing team to Volvo's performance wing, and now, it serves as the company's dedicated electric vehicle builder.

Who makes the Hyundai IONIQ 5?

Korean carmaker Hyundai makes the IONIQ 5. The brand was Australia's third best-selling marque in 2021. The IONIQ 5 isn't Hyundai's first EV. It already sells models like the IONIQ and the KONA EV SUV.

Which should I buy? The Polestar 2 or Hyundai IONIQ 5?

You need to take into account multiple factors. Your budget for a start since the IONIQ 5 is significantly pricier than the Polestar 2. Plus, the IONIQ 5 won't qualify for the same subsidies as its Swedish rival.

The Polestar 2 has a better range in general and some will prefer its looks over the IONIQ 5.

The IONIQ 5 is bigger, which will attract buyers and it has an innovative cabin.

You might also want to consider the Tesla Model 3 or the Kia EV6.

Hyundai IONIQ 5 vs Polestar 2: Which is better?

Both finished with 14 points apiece in our comparison.

The Polestar 2 has the following:

The Hyundai IONIQ 5 has the following:

You really need to test drive both. The IONIQ 5 sounds like a great deal, but it is more expensive and a little harder to purchase right now (though more are incoming soon, apparently).