A beautifully reimagined Nintendo classic that's bursting with nostalgia with a few tweaks that make the main quest too easy.

Though I once had an addiction with the recent take of this cock-fighting series – the soul-sucking app known as Pokémon GO – without an RPG element that game fell by the wayside. That said, when I heard its mechanics would soon be married to a full 3D remake of 1998's Pokémon Yellow – well, I figured that match would be super effective.

For the most part what we have here is, but we'll get to the positives and negatives in a sec. For now let's differentiate the two versions Nintendo has on offer, known as Pokémon: Let's Go, Pikachu! and Pokémon: Let's Go, Eevee!. Obviously, the names of the product indicate the starter critter you'll be getting – forget Bulbasaur, Squirtle and Charmander (stingy Professor Oak keeps them for himself).

Much like ye olde Pokémon Blue and Red, certain creatures in the world are versions exclusive, with the idea being you'll trade with a friend for the ones you don't have. You should get the Pikachu variant if you have a burning desire to own an Oddish, Gloom, Vileplume, Sandshrew, Sandslash, Growtlithe or an Arcanine. Conversely, purchase the Eevee version if you absolutely must own a Bellsprout, Weepinbell, Victreebell, Vulpix, Ninetales, Meowth or Persian.

Speaking of the importing of enslaved creatures, if you've been diligently playing Pokémon GO your efforts will be rewarded here. Pokémon Let's Go will allow you to siphon across some of your imprisoned pets from Pokémon GO, so you could potentially get around the creature exclusivity that way. Beyond that, simply trade your Pokémon with a pal via Nintendo Switch Wi-Fi (though this will require an active subscription to Nintendo Switch Online).

Beyond all that, what we have here is a faithful remake of Yellow -- a nostalgia-filled jaunt through Kanto, a region that's home to the original 151 Pokémon types. If you've never played any game in this series, the MO rarely changes. Basically, you're out to be the very best, like no one ever was, by catching, training and battling with the creatures who inhabit this open-world. There's not exactly a sweeping narrative threading through this, however, as you're simply moving to new regions in an effort to conquer the elemental-specific Pokémon Gyms. Beat all those elite trainers and you'll earn yourself a shot at the title in the World Championship. So far, so simple. 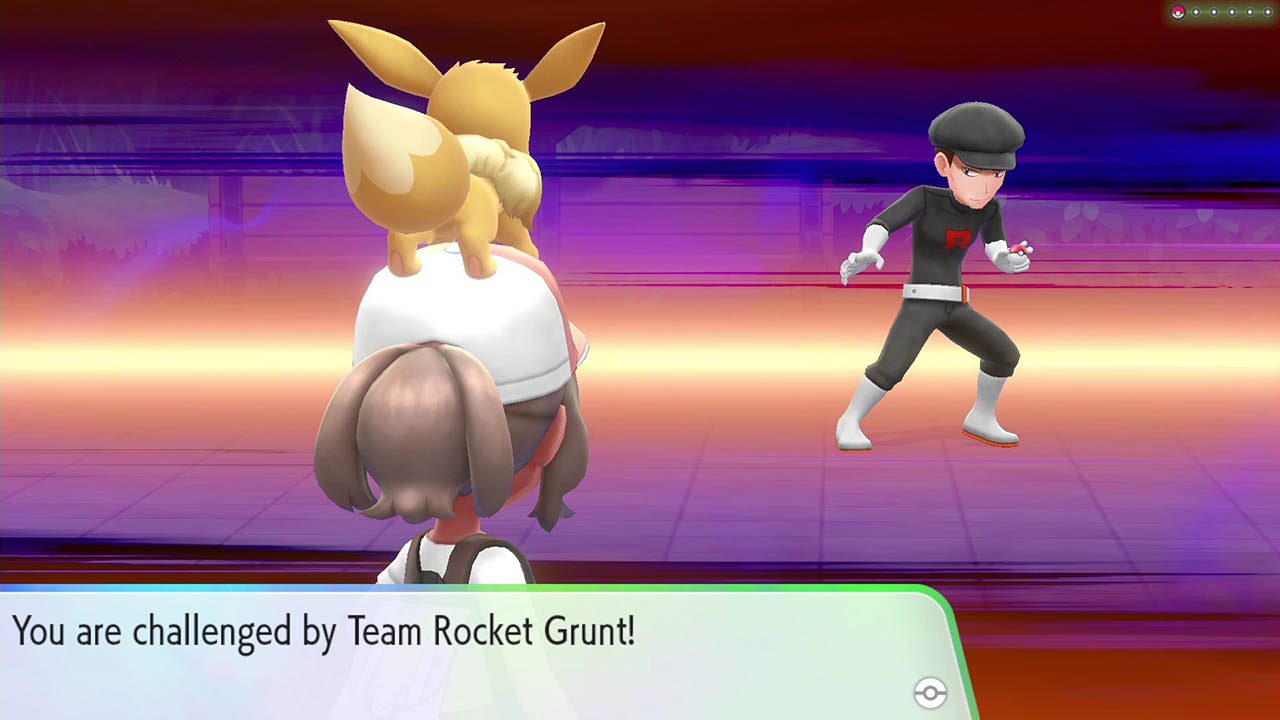 Battling is more or less the same, though now it looks a heck of a lot more exciting thanks to 3D animations, explosions, dazzling scene transitions, dramatic camera angles and other fluff. Never in my wildest 1998 dreams could I have imagined anything this pretty. But, increased physicality aside, you're really going through the same old motions in a fight: turn-based move selections, potion using and shrewdly swapping out your creatures to gain an elemental edge over your opponent. That'll be perfectly satisfying for newbies and returning fans. Hardcore veterans who are coming fresh off Pokémon Sun and Moon may lament the simplicity of this, though.

The catching of Pokémon, meanwhile, has seen some worthy improvements. You're no longer asked to use your own Pokémon to pummel a target before hurling a Poké Ball at them for the capture. Nowadays it's all about buttering them up with an array of berry items and expertly timing your throw to a shrinking circle HUD element. You can either do this by pushing a button, motion-flicking a Joy Con, or Nintendo is selling a Poké Ball peripheral that does the same thing. The latter starts out as an incredibly novel thing, but I found it couldn't be 100% relied upon to register any "diagonal" throw needed to catch a strafing Pokémon. When you're throwing a precious Great Ball, that'll really piss you off. Stick with the Joy Con.

Speaking of slight disappointments, it's annoying how easy Let's Go has been made in the effort to lure in a new and younger audience. There are examples of this everywhere: beating rando Trainers will hand you a bunch of free Poké Balls. Untamed Pokémon are now fully visible in the overworld and can be simply avoided. Also, the initial Gym fight is gated so that you *have* to go into the rock gym with a grass type (don't have one? Go and get one!). Lastly, there's also a co-op mode that allows a second player to drop in and (quite unfairly) double team your AI enemy. 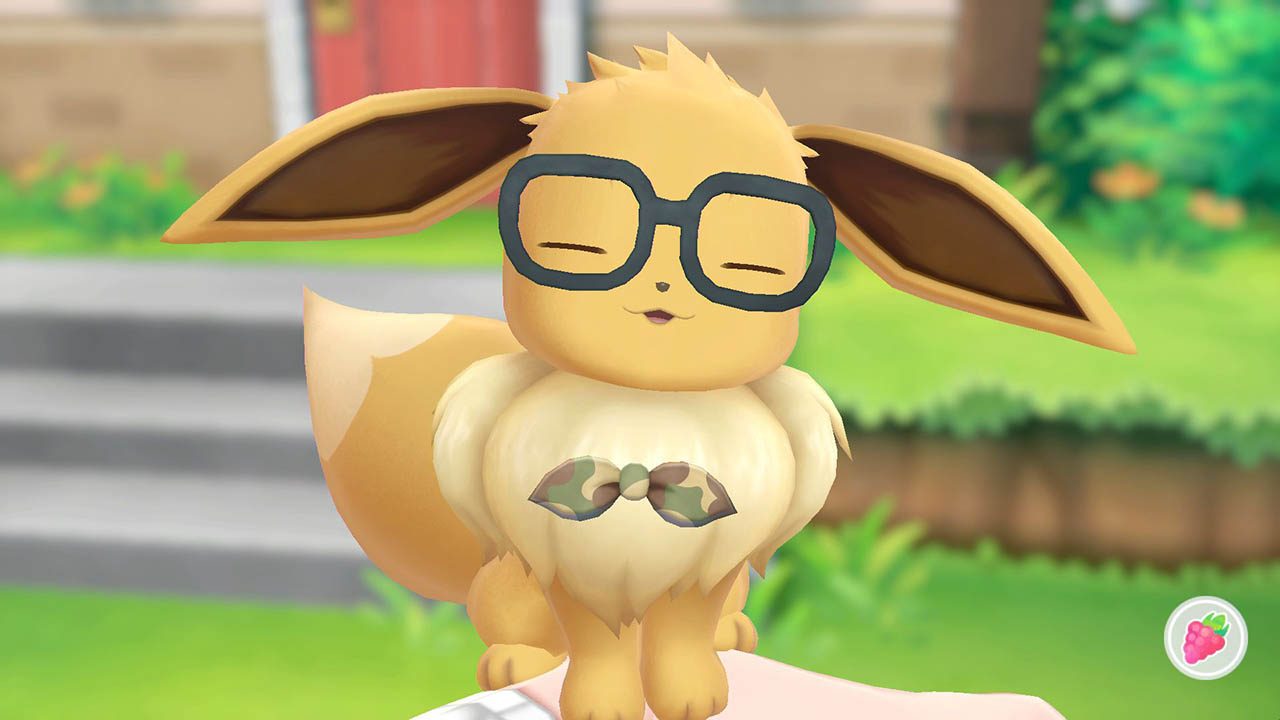 It also irked me that your "rival" (the kid who used to pop up and act like a jerk and then fight you) is actually a really nice guy in this. He offers you advice and treats you with respect and, worse, never leaves a conversation by saying "smell you later!". It's...weird.

That said, fans of the cartoon will delight in the cameos of Gary, who is a bit of a bastard (but, again, also hands you free items). The cotton-wooling continues with NPCs now offering fast travel to "the place you need to be next". I'm all for quality of life improvements, but I also think you rob an RPG of something if you take out too much of the slog.

Veterans will no doubt gravitate to other pursuits, like catching similar Pokémon to build up a catch combo that makes more elite (and shiny) creatures appear. Maximising your affection stat with a Pokémon will take up some time, too, because creatures who like you more will shrug off stat-effects and be more effective in player vs player battles.

Having a peak condition team is also going to be needed for the saving grace of this otherwise easy-as-razzberry pie package. Anybody out for a challenge will get more than they bargained for with the new 151 Master Challengers who await them in the epilogue. These bad-asses basically come at you with one level 75 beast drawn from the Pokédex. You have to mirror match them with the exact same Pokémon, no items allowed. That'll keep you well busy for triple-digit hours, wannabe OG Ash Ketchum.

A beautifully reimagined Nintendo classic that's bursting with nostalgia but also some tweaks that make the main quest too easy. Mind you, challenge-hungry veterans will have their Poké Balls busted in the epilogue content.