Find out which cruise line between P&O or Carnival will take you on the ultimate vacation to paradise.

We put Australia's branches of P&O and Carnival head-to-head and compared every aspect of cruise travel that you need to know about.

From types of cruises offered, to gratuities, waterslides, gyms and cancellation policies. After reading this article you'll be heading to one cruise line to book your next holiday.

Both P&O Australia and Carnival Australia offer 7-day/night cruises from Brisbane to the Great Barrier Reef and back so we compared these cruises leaving on very similar dates to see which cruise line offered the better price. 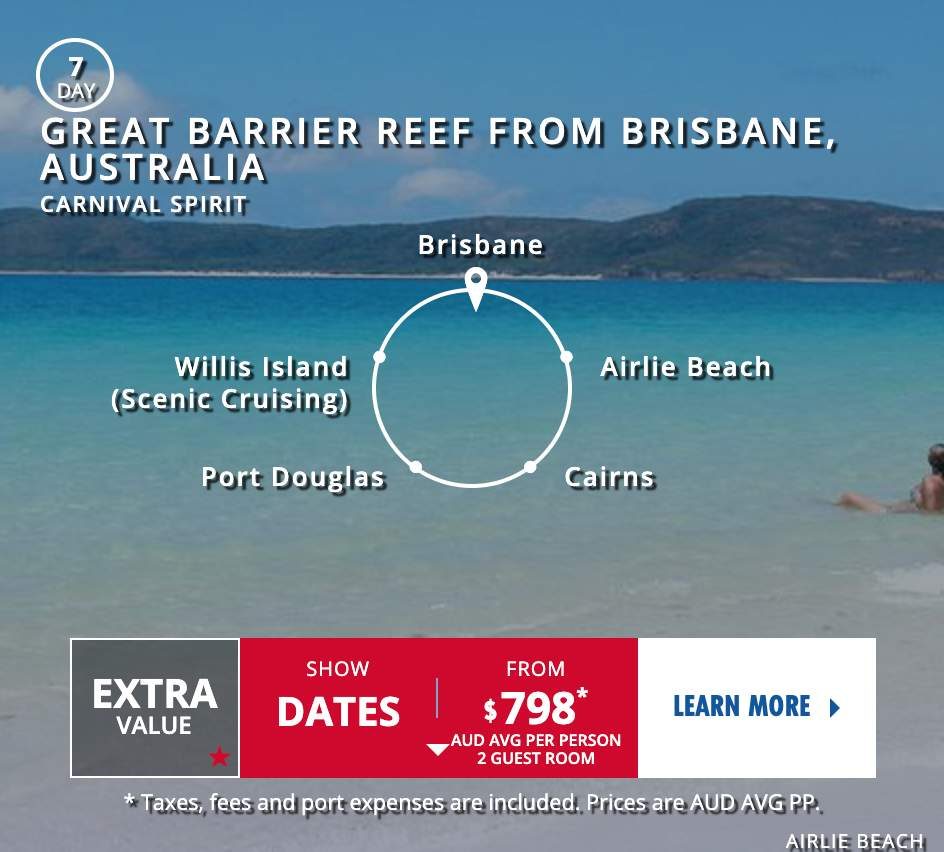 P&O comes in at $49 cheaper than Carnival for the same amount of nights and to roughly the same destinations.

Is this cruise line good?

It doesn't stop there as P&O took home Best Cruise Operator in New Zealand between 2014-17.

Carnival does has significantly more reviews than P&O, most of the reviews are also rated excellent. Carnival has won best service and best value for money in 2017.

In terms of which cruise line is bringing in the awards, P&O Cruises pulls ahead in this round.

P&O offers many event cruises that Carnival does not. P&O has cruises to the Melbourne Cup, Australia Day in Sydney, the Australian Open, cruises to festivals and speciality cruises such as comedy cruises, 80's, Elvis Tribute to the King and more.

P&O has a much easier to use deals section on its website giving you the option to choose to find deals to specific destinations, for specific times of the year and more. Carnival offers top deals of the week and last-minute deals.

We compared P&O's domestic cruises with Carnival's and sailing costs were around the same mark. A 4-night cruise to Moreton Island - Tangalooma from Sydney with P&O sits at $499, whereas Carnival's itinerary starts from $488 per person. We also looked at the South Pacific itineraries, finding an 8-night sailing to Noumea, Isle of Pines and Mare starting from $1,099 with P&O and $753 with Carnival.

If you're travelling exclusively around Australia, there isn't a massive difference between the two cruise lines. Although P&O Cruises offer many more deals, Carnival does come out cheaper if you are booking South Pacific itineraries.

Up to 71% off holiday cruises

Available on select dates in 2021-2022 with Royal Caribbean, Princess Cruises, Celebrity Cruises, Holland America Line and more. Sample rate is for a 3-night cruise with Carnival Cruises.
Get deal