PIVX price up 80%, trade volume up 280% after Binance listing | Finder

PIVX price up 80%, trade volume up 280% after Binance listing 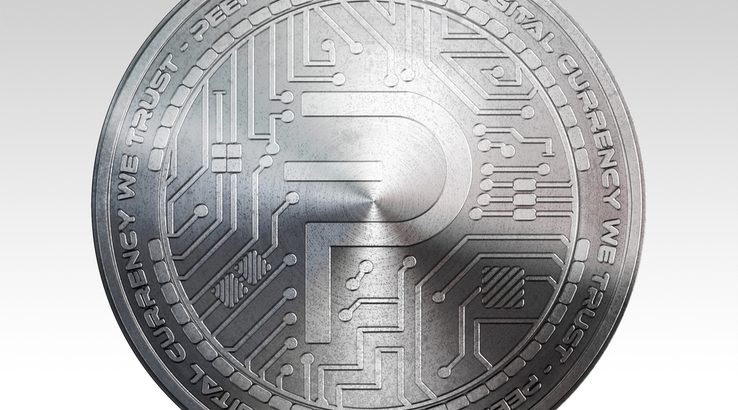 PIVX came to Binance on 23 January 2018 and almost immediately showed a price increase in the range of 80% according to CoinMarketCap (approximately US$8.50 to US$14.50) and an increased trade volume in the field of 280%.

PIVX is now purchasable on Binance with BTC, ETH and BNB.

Binance is one of the world's largest exchanges by trade volume, and this kind of change isn't unusual after a coin becomes more widely available. The subsequent correction and price drop isn't unusual either.

It's a relatively straightforward pattern, repeated many times across different coins and exchanges. It's potentially worth knowing about if you plan to try profiting from getting into coins ahead of new exchange listings, or if you plan on buying shortly after a coin has been listed on a major exchange.

Its most distinctive features are probably a fine-tuned and potentially very rewarding proof of stake rewards mechanism, and the eventual goal of having a flexible block size to help get more out of its network.

This kind of change has previously been seen with coins like RaiBlocks (XRB) which reached its all-time-high shortly after an almost simultaneous listing on Kucoin and Binance.

The potential benefits of smaller exchanges

If history is any indication it may be worth maintaining accounts on the smaller exchanges with more unique coins, or otherwise keeping an eye out for the sites that offer coins before they're available on mainstream exchanges.

For example, Kucoin has gotten a reputation as an early adopter, while CoinSpot is also well known for offering an exceptionally wide range of cryptocurrencies. And if you're after ERC20 (Ethereum-based) tokens, it might also be worth looking into some of the decentralised exchanges growing around the token standard.

Search for supported exchanges by coin

However, it's worth noting that CoinMarketCap prices are an aggregate of prices across top exchanges by trade volume. This kind of apparent PIVX price change could simply be the result of well-above-market PIVX prices on Binance.

Coins have traditionally seen price changes after listings on major exchanges, but each exchange has its own supply and demand which may not necessarily reflect the wider market. This can sometimes result in unusually quick and sharp corrections, such as was seen with Bitcoin Cash after its listing on CoinBase.

Getting into coins before they're widely available and then profiting from new exchange listings can be an opportunity for opportunists, but there's always the possibility of getting burned by a subsequent correction.

A similar pattern was seen in PIVX. After hitting a new all-time-high of about US$14.30 immediately after becoming available on Binance, its prices dropped back down to $11 in a few hours, and are riding at around US$10-11 at the time of writing. 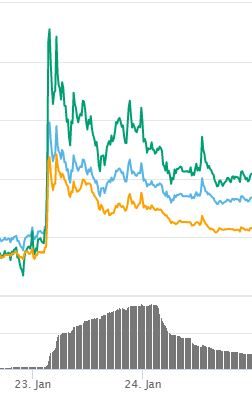 This pronounced spike, from about US$9 to US$14, was quite likely the result of PIVX's Binance listing.

Its price floor seems to have increased, but those who bought in at US$14 might be wishing they'd just waited a few hours instead.

Plus, because CoinMarketCap uses aggregate prices, these graphs don't necessarily show the full extent of the price swings on the exchange where the action is happening, in this case, Binance.

It probably doesn't make much of a difference here (the Binance listing appears to account for almost all of the daily trade volume) but when already-widely-available coins become even-more-widely-available, CoinMarketCap prices are less likely to show the full extent of the surges and corrections.

If you plan to jump on events like Ripple's potential arrival on CoinBase, this is worth keeping in mind.