Quick verdict: If you’re in the market for a premium toothbrush, the Philips Sonicare 9900 Prestige is well worth consideration, although you’ve got to be happy living in an app-controlled world. 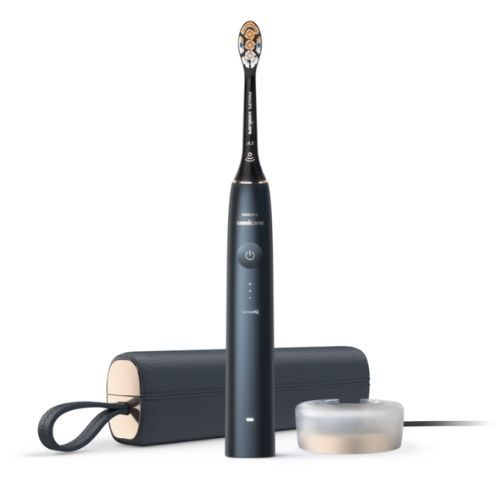 The Philips Sonicare 9900 Prestige is a $499 toothbrush, and while that doesn't make it the priciest electric bite scrubber you can buy, it's definitely up there in cost terms.

That means it has to work extra hard to justify that price point. While not everyone will be able to afford this kind of price point, or indeed need some of its additional features, if you're in the market for a premium electronic toothbrush, and especially if you travel a lot, it's worth consideration. 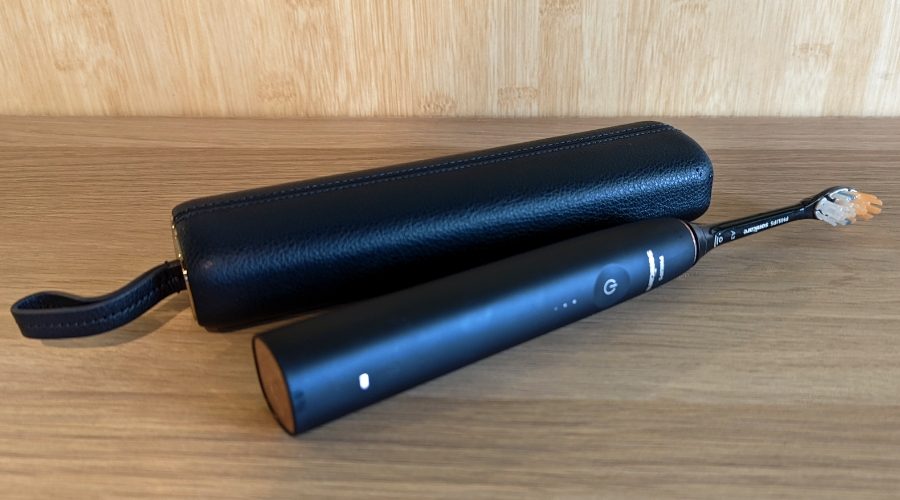 The Philips Sonicare 9900 Prestige comes in either a straight black or "champagne" gold finish. Philips supplied me with the black model for review, and it's certainly a striking toothbrush that will stand out in your bathroom, if only because it's also rather tall and imposing.

While it's a premium toothbrush, it's not overly blessed with lots of onboard display options. There's a single power button sitting above a 3-point battery indicator, and that's your lot. That's because the Philips Sonicare 9900 Prestige is significantly designed around the idea that you'll do a lot of app-based configuration rather than changing brushing modes on the body of the toothbrush itself. More on that later. 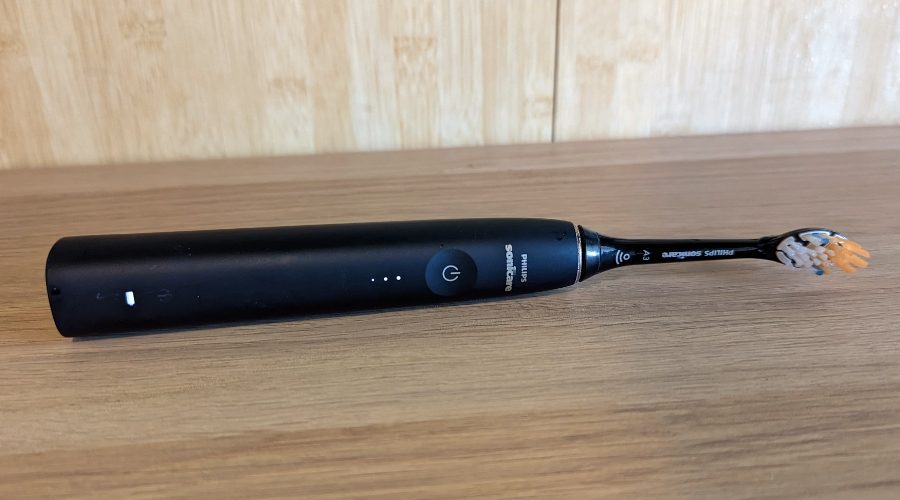 The Philips Sonicare 9900 Prestige is compatible with just a single brush head style, the A3 Premium All-in-One brush head that works across the Sonicare range. While many mechanical toothbrushes opt for smaller rounded heads, the Philips approach looks a lot more like your typical oval non-mechanical toothbrush head. That does mean it covers a wider area when brushing, although for some, the smaller size of those rounded heads may be more comfortable in use. 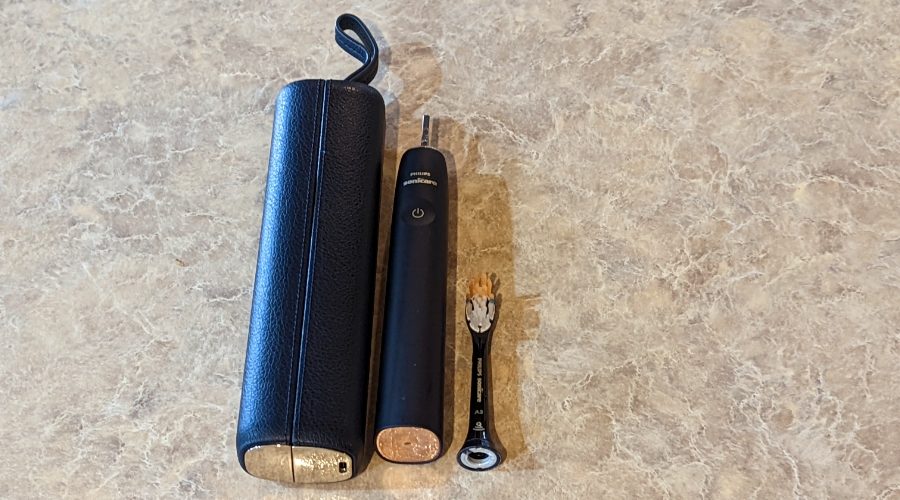 What's neat here is that the travel case is also charging compatible, thanks to a USB-C socket at the end. As such, if you're travelling with a USB-C charger (which is pretty much everything sans iPhones these days), you'll easily be able to top up your toothbrush if it starts running flat on longer trips, although this does involve removing your actual toothbrush head to do so.

Philips Sonicare 9900 Prestige performance: Wide range of control modes, but they're all app-controlled 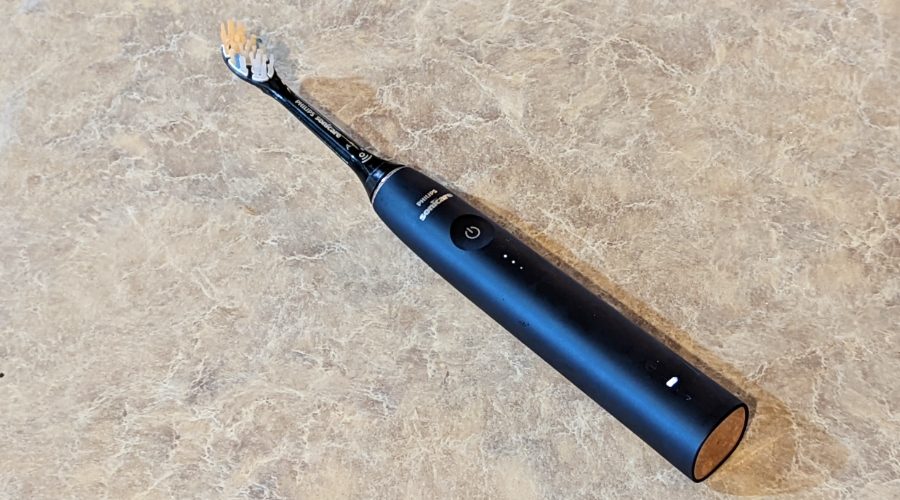 That's because while the controls on the handle of the Philips Sonicare 9900 Prestige are minimalist, all the actual brush selection and tracking happen within the app. This does make it very easy to use once it's set up, as you can just fire it up and brush your teeth to your style. 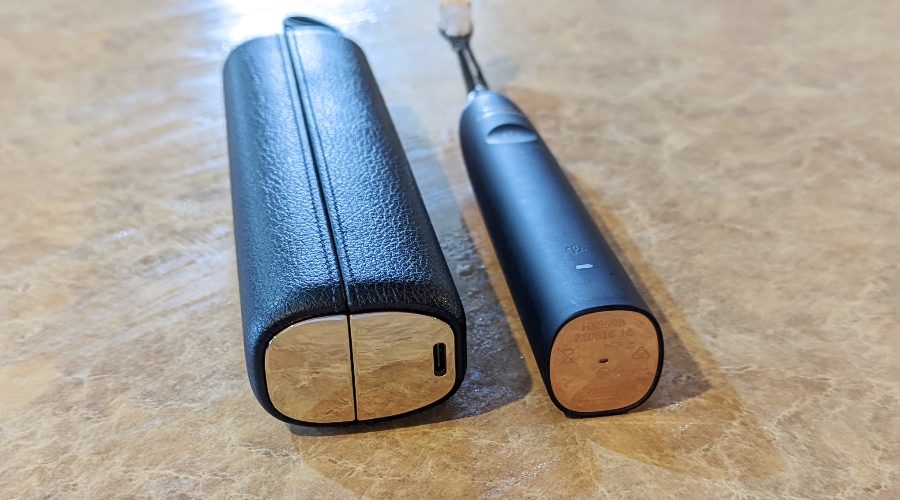 However, it's also a slightly limiting step because if you wanted to switch from, say, heavy-duty cleaning brushing to gum care or sensitive brushing, you can't do that without your phone nearby. Likewise, while the Philips Sonicare 9900 Prestige loosely tracks your brushing while you're doing it, watching this happen can only happen with your phone in front of you in a visible position. Investing in a small stand for your phone – and preferably having a water-resistant smartphone, unless you don't brush your fangs in your bathroom – would make this much easier to manage.

The actual cleaning quality of the Philips Sonicare 9900 Prestige is quite good, although it took me a little time to get used to the larger cleaning head. It had a tendency to tickle in a way that smaller brush heads don't do. That's partially due to its size and due to where on my teeth, gums and tongue it tended to touch. 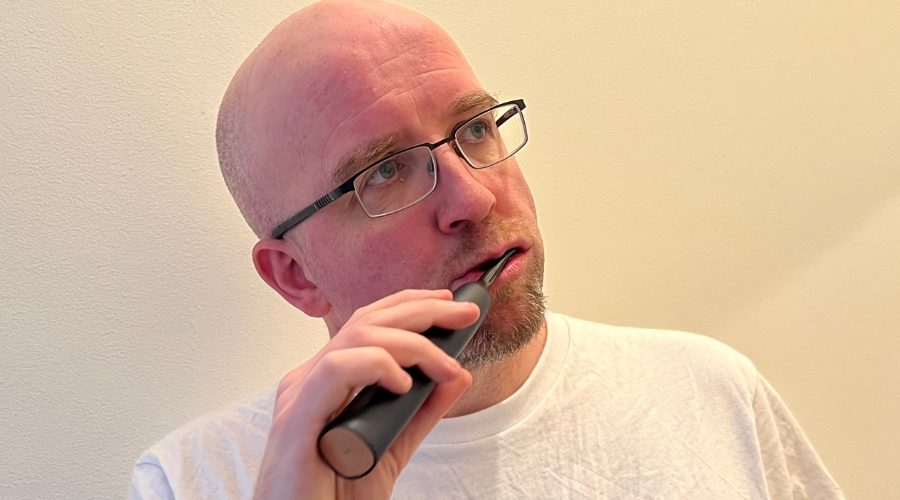 The toothbrush gives visual lit feedback if you're pushing too hard on your teeth, bearing in mind that it should be doing the scrubbing work, not you. You also get feedback through the app if you're moving too quickly along your teeth. Early on, expect this to happen a lot if you're more used to a quick brush before work.

Like other brushes that claim to track your brushing, the Philips Sonicare 9900 Prestige is really only approximating where you are based on a brushing map you set up. Often I'd find it would finish the standard 2-minute brush session and tell me that areas were under-brushed, even though I had given them special attention. It's the psychological way that a semi-sentient toothbrush can bully you into further cleaning your teeth. Bullying is not right, children, but on the upside, you do end up with cleaner teeth this way. 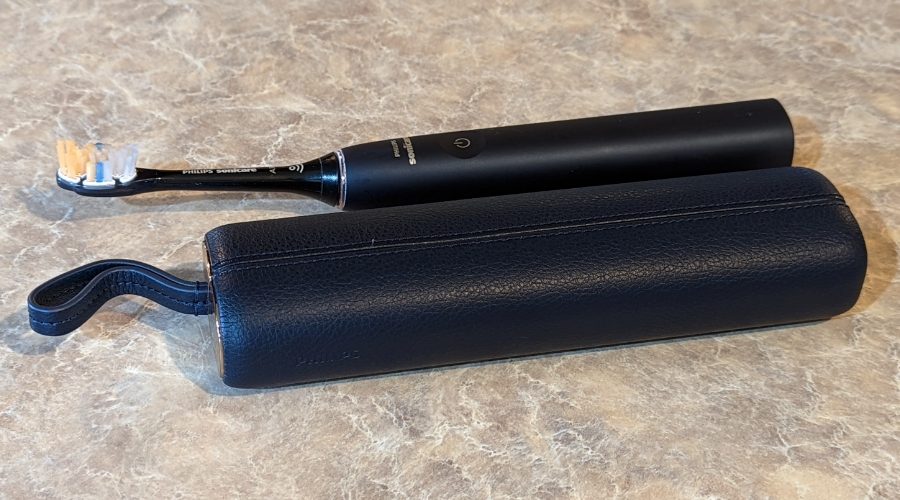 The black model as tested also has a rather inevitable issue that hits most electric toothbrushes when you're done. Toothpaste foams up, and for a high-frequency brush like the Philips Sonicare 9900 Prestige, this happens a lot. It collects on the brush head and can easily leave paste scum deposits on the brush, which just looks dreadful. Obviously, you should be cleaning the brush head after each clean anyway, but it's also worthwhile giving the body a quick once-over too.

Should you buy the Philips Sonicare 9900 Prestige?

The price of the Philips Sonicare 9900 Prestige alone will undoubtedly deter many buyers because even though you can spend even more on an electric toothbrush, just shy of $500 is not "cheap" by any sane definition.

If you're in the market for a smarter toothbrush, and especially if you find those smaller rounded head styles annoying to use, it's a very good option. Frequent travellers will benefit from the travel case, although you'd also want to ensure you kept your phone charged as well given its reliance on its app for most functions. 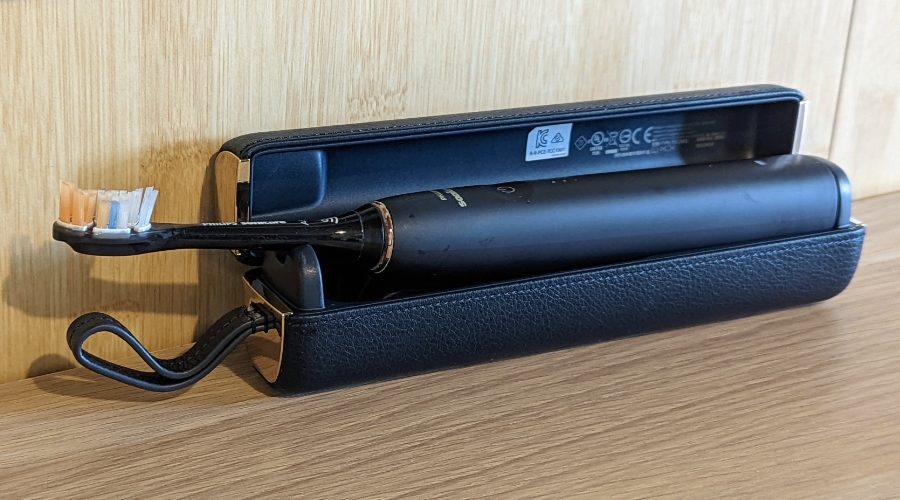 The Philips Sonicare 9900 Prestige retails in Australia for $499.

I brushed my teeth. How else would one test an electric toothbrush? Specifically, the Philips Sonicare 9900 Prestige was tested over a fortnight of twice-daily usage because I'm secretly afraid of my dentist and would rather keep my teeth as clean as possible.

During that time, multiple cleaning modes were engaged to see how they operated, although logically many would need a longer period to show significant oral hygiene changes. The model tested was supplied by Philips for the purposes of review.