PHEV's blend some of the benefits of an electric car, with the convenience and familiarity of a traditional engine.

What are PHEV cars?

PHEV is the acronym for plug-in hybrid electric vehicle. PHEV hybrids differ from other types of low emission cars because they have a rechargeable onboard battery. With a plug-in hybrid electric vehicle, this power pack can be used temporarily as the sole means of propulsion, thanks to an electric motor. However, because it isn't as large as a fully electric car's battery, the EV-only range is somewhat limited. Thankfully, with a conventional internal combustion engine under the bonnet, buyers don't have the range anxiety of a battery electric vehicle (BEV, like the Tesla Model 3 or Nissan Leaf 2).

Interestingly, manufacturers often blend the two technologies together, with the fossil fuel engine and electric motors working as a team. The result is decreased emissions, especially in towns and improved fuel economy.

In short, you could think of a PHEV hybrid as a car with many of the benefits of an electric car, i.e. low emissions (electric cars are tailpipe emission-free) and an EV-only mode, with the added capability of travelling long distances without having to stop and recharge.

Surprisingly, the first hybrid is a lot older than you think. The Lohner-Porsche Mixte Hybrid was built in 1899. NASA and Boeing investigated the Mixte when designing the Lunar Rover.

How do you pronounce PHEV? Some people pronounce it as a word that sounds like "fev". However, as it is an acronym, spelling out "P-H-E-V" is also perfectly acceptable.

What's the difference between a PHEV and a mild hybrid?

As above, the PHEV is a plug-in vehicle with a combustion engine. Generally, they have a larger onboard battery pack than a mild hybrid and the ability to travel in EV-only mode.

A mild hybrid electric vehicle (MHEV) is more of a closed circuit, typically with smaller batteries and generally lacking the ability to run entirely on electric power. In an MHEV, the electric motor supplements the engine (rather than providing propulsion power independently) and makes use of energy reclamation systems like regenerative braking to recharge the battery. The MHEV could be thought of as the middle ground between a HEV (see below) and a car with a conventional internal combustion engine (ICE). A hybrid vehicle (HEV) can run under a combination of the electric motor (for brief periods, it is possible to travel on electric power alone) or the engine, but lacks the ability to be plugged in for topping up. The most widely known HEV is probably the Toyota Prius. Some manufacturers label this type of hybrid as "self-charging", which is a term that attracts much scrutiny.

People tend to call all of the above a hybrid car, which is true, but PHEV, MHEV and HEV more acutely denote the degree of hybridisation.

If you’re after a large SUV, you’re spoiled for choice. However, if you’re looking for a large SUV that attempts to reduce its footprint on the planet your options are considerably less. Enter the Volvo XC90 Recharge Plug-in Hybrid ...

After launching its first fully electric vehicle, MG has launched what it believes to be a good compromise: the MG HS Plug-In Hybrid.

We really liked the combustion-engine-only XC40 when we drove it earlier in the year, so how does this plug-in hybrid compare considering you do pay a premium for the Recharge version?

What to consider when buying a PHEV

Here's what you need to know before purchasing a plug-in hybrid electric vehicle.

Which PHEV model is best?

That depends on your circumstances. Do you have a family? Are you looking for something sporty? Is it a car you'll drive mostly around town? The answer to these common PHEV questions can be found below.

Which PHEV should I buy for a family car?

That really is dependent on your budget and the size of your family. If the budget is a bit tight, the MG HS PLUS EV Essence PHEV is one of the cheapest plug-in hybrids on sale.

If you want something more luxurious, and need to carry up to seven, then the Volvo XC90 Recharge PHEV will meet those requirements, though they have a Manufacturer's Suggested Retail Price (MSRP) of $127,059.

Which PHEV is the most sporty? 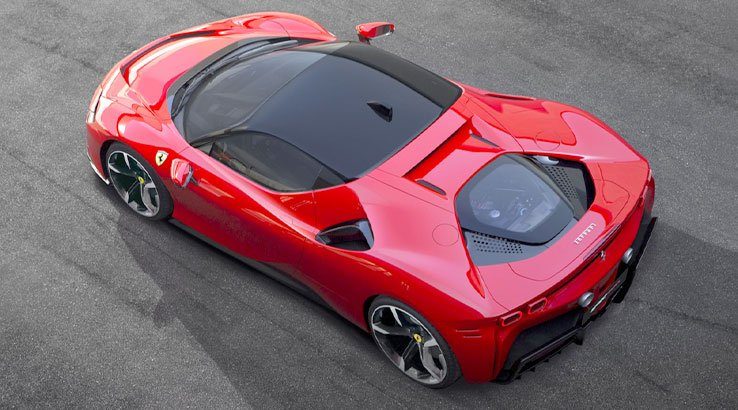 Probably the Ferrari SF90 Stradale, which is the famous sports car brand's first PHEV. It has a 4.0-litre, twin-turbo V8 and three electric motors. The car will warp from 0-100km/h in 2.5 seconds and has an electric-only range of 25km. Claimed fuel economy combined is 6.1L/100km, but the price for this luxury sports car is likely north of $1 million once you factor in dealer delivery and on-road costs.

If you want a PHEV that's a smidge more affordable, then you might like something like the BMW 330 e M Sport PHEV, with a Manufacturer's Recommended Drive-away Price (MRDP) that starts at $95,415. This car produces 215kW and 300Nm from its 2.0-litre petrol engine. Combined fuel economy is given as 2.1L/100km. 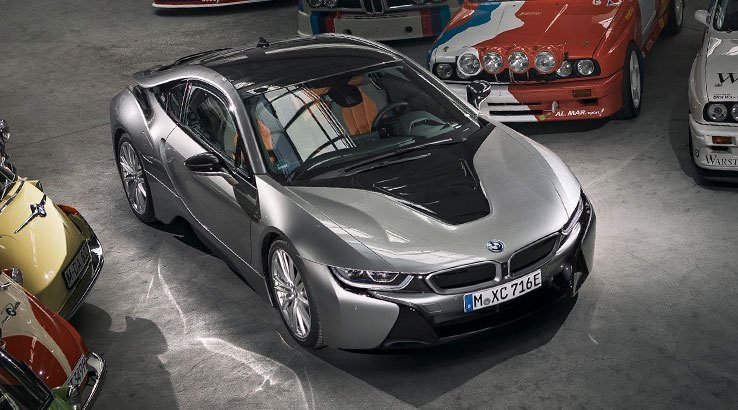 Another option, that's a less common, is the BMW i8. This car is no longer sold in Australia, but used ones are for sale online from $158,000 (excluding government charges). 0-100km/h is timed at 4.4 seconds and a Coupé model has electric range of 55km.

Which PHEV is good for around-town driving? 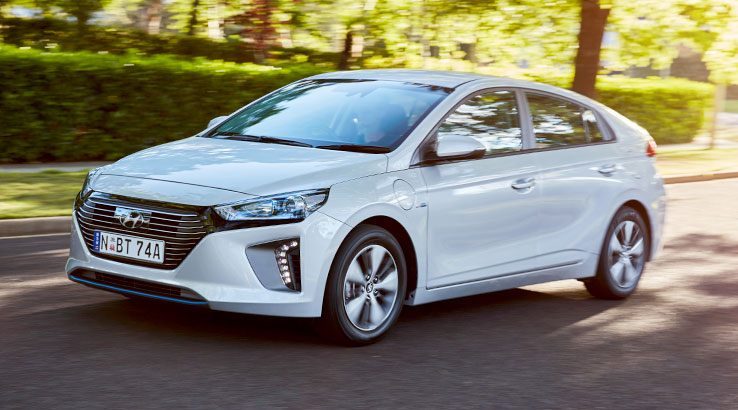 Something like the Hyundai IONIQ PHEV, with its compact turning circle of 10.6 metres will suit you nicely. It also has an impressive EV-only range.

Which PHEV should I buy for a company car?

The Mitsubishi Outlander makes sense thanks to its solid blend of fuel economy and EV range. The BMW 330e or Merc C300e would also make a lot of sense, as those cars (in non-hybrid guise) have been travelling business person staples for decades.

Looking for a pocket-friendly loan for your environmentally friendly car? Use the below comparison table and you could save hundreds of dollars.