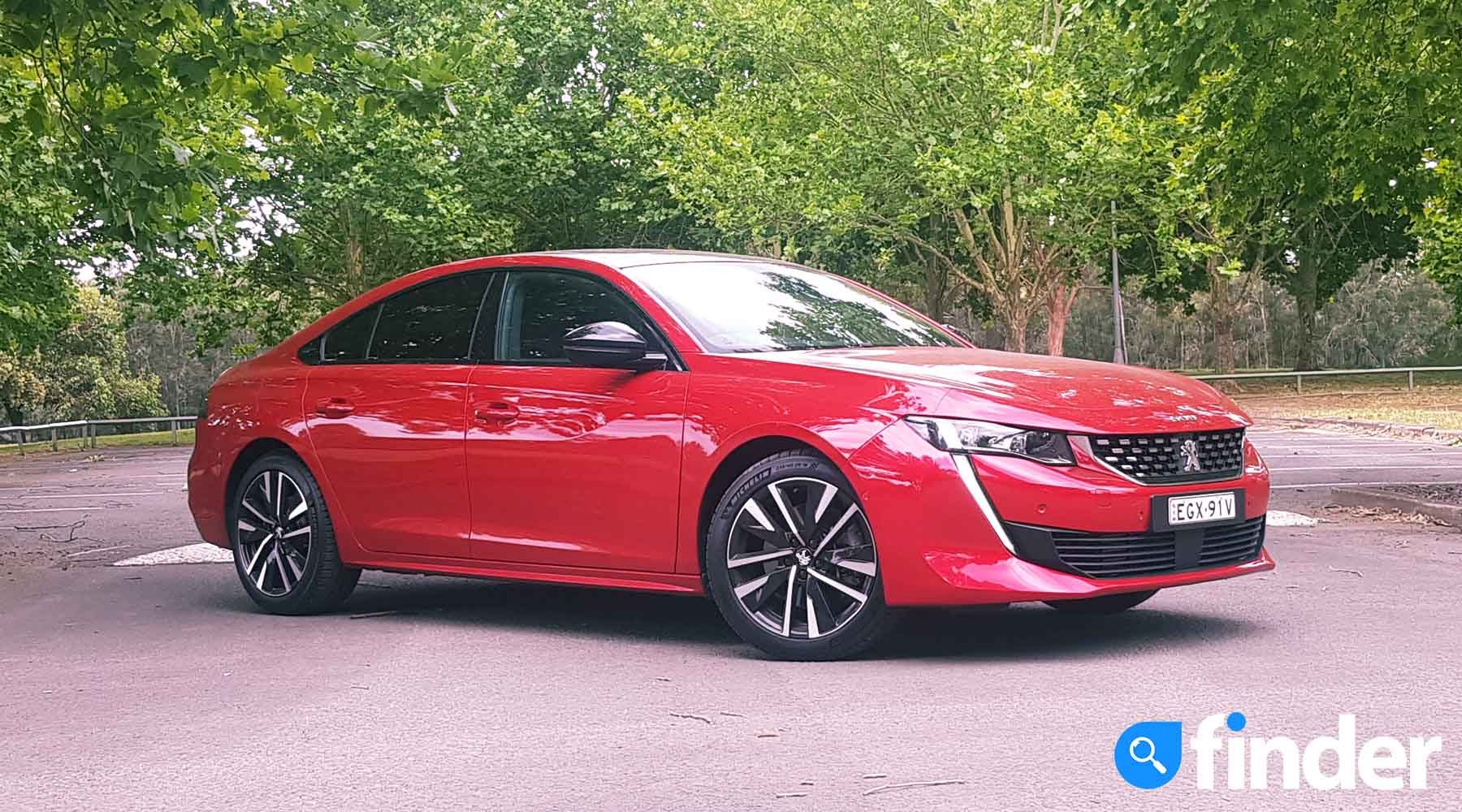 Peugeot's sales may not be where the company wants them to be, or maybe even where they deserve to be, but the cars it produces are nothing short of impressive.

We recently reviewed the 308 GT Line and were rather impressed with the quirky little thing, and now we have the fantastically designed, and rather uncommon, 508 GT to try out.

So apart from its dashing good looks and the fact that in a sea of Audis, BMWs and Mercedes-Benz it's rarer than hens' teeth, is it worth taking a punt on?

In my opinion, the most impressive part of the 508 GT isn't its ride, performance or sharp design queues, but rather, the interior.

Jumping behind the steering wheel, this is really something else. It's set up in such a way that it feels much more sporty than its stats suggest.

In the front row, it's configured in a driver-focused manner. The large, 10.3-inch infotainment screen is tilted to face the driver, as are the piano shortcut keys to operate it. They're positioned the perfect distance from the driver too (at least in my case), with everything within arm's reach. There was no leaning forward to operate the system.

Everything is more or less controlled from this screen – from your music to the air conditioning and even the seat massage functions – which makes the ergonomics even more important.

The system is linked to a 10-speaker Focal sound system, which delivers clear audio, no doubt helped by a good amount of cabin insulation that limits the amount of ambient noise coming into the cabin. It's also loaded with Apple CarPlay and Android Auto.

Other features include wireless charging, which is situated on the lower tier of the center console, as are the USB charging points. That brings me to one little annoyance. The USB port for phone mirroring is on the passenger's side, which can be rather difficult to access from the driver's seat.

Nevertheless, it's an impressive set-up overall. 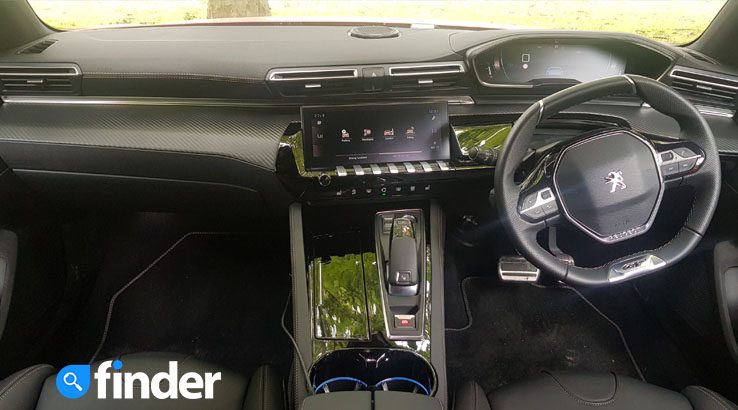 Seats and touchpoints are covered in luxurious Nappa leather, with the front two seats being electronically adjustable, heated and ventilated, as well as having a massage function with a range of different massage types.

Then there's the small, unique, square-ish shaped steering wheel that sits below the 12.3-inch digital instrument cluster. The digital cluster is customisable, with a range of features and possible set-ups.

It's difficult to actually want to hop out of the 508 GT, but in the back, things aren't as comfortable.

Knee room is adequate, and while it would be fine for children and teenagers, you wouldn't find me volunteering to jump in the back on a long trip. With the driver seat in my driving position (I'm a smidge over 6 foot for reference), my knees were firmly pressed up against the seatback. Headroom is also compromised, not only due to the sloping roofline of the fastback design, but also because of the additional sunroof.

Open up the hatch-style boot on the 508 GT fastback and you will find 487-litres on offer. This is a decent enough size, and you shouldn't be found wanting on many occasions. It's run-of-the-mill for the segment. Fold down the rear seats and this expands to 1,537 litres.

I already mentioned that the cabin is well insulated and quiet. Pleasingly, the ride also matches this. Fitted with adaptive suspension, the 508 GT handles all types of road surfaces in relative comfort for those onboard.

It's engineered to feel quite dynamic too, giving you plenty of confidence through the corners. An ideal steering ratio, coupled with the stable and planted feel of the vehicle, make it an enjoyable drive. 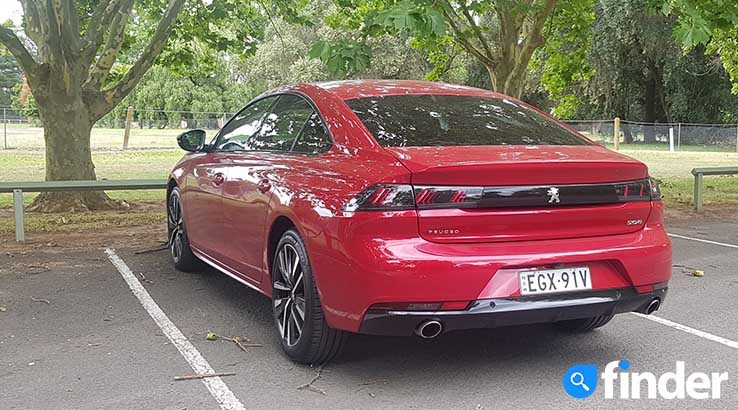 The Peugeot 508 GT is powered by a 1.6-litre, 4-cylinder turbo petrol engine producing 165kW and 300Nm of torque. An 8-speed automatic transmission helps get power to the ground via the front wheels and it goes about its business rather smoothly.

Eco, comfort, normal, sport and manual drive modes are available, all making adjustments to suspension, throttle response and gear selection. There are paddle shifters too, should you feel like taking the reins.

In truth, I think the driving dynamics and interior of this car are a bit let down by the unit under the bonnet, and something with a bit more power would have really elevated the 508 GT. But, as with all things, it is down to preference, and in reality most aren't going to be driving the GT that hard.

Aided by a range of safety technologies, the Peugeot 508 GT is fairly easy to maneuver around town, despite its large C-Pillars and relatively small rear window. Parking sensors, reversing cameras as well as blind-spot monitoring all come in handy. If, however, there is still a little anxiety when selecting reverse, Peugeot has included a self-parking function to get you backed in safe and sound. 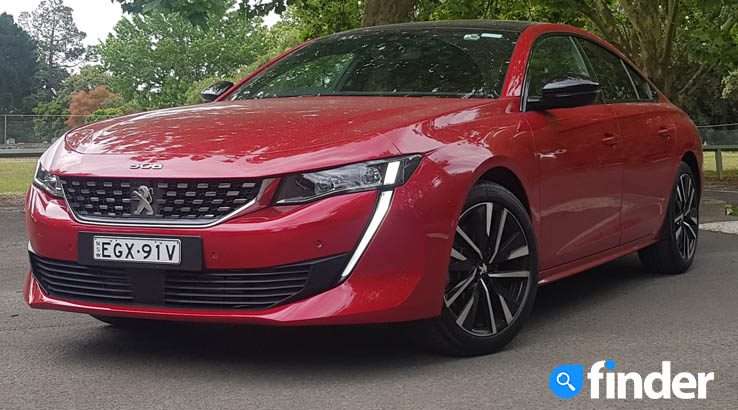 Other technologies include autonomous cruise control and lane-keep assist, which is adequately accurate and guides the car in its lane as opposed to bouncing it between the lane markings.

The 508 GT is backed by Peugeot's service price promise, which means you get capped-price servicing on your first five services. According to the Peugeot website at the time of writing, the schedule is as follows:

Despite not having the performance credentials of competitors such as the Kia Stinger, the Peugeot 508 GT is an impressive offering from the French brand. It makes a real push for the luxury buyer, looks fantastic and has a solid safety suite to boot.

If you are after a sedan that preferences luxury and comfort over performance, get down to your closest dealer for a test drive.

Want to read more car reviews? Check out our car reviews section, or, if you already know what you are after, it might be worth looking for the best car loan and best car insurance options to see how much you could save.