Peter Costello warned of stock market correction ahead of rate cut – is he right? 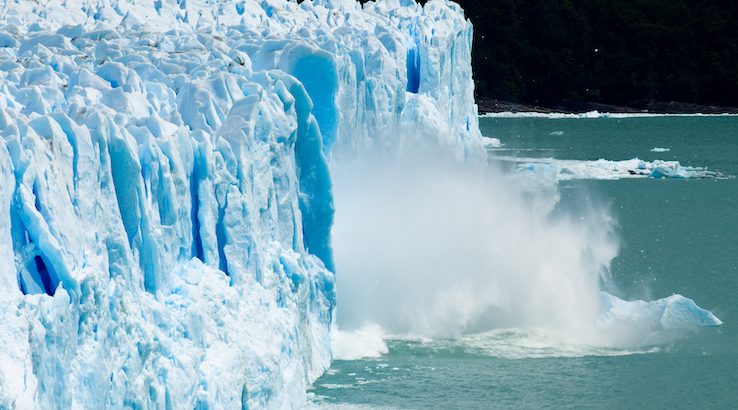 With the cash rate falling to a record 0.75%, the ex-treasurer warns we're in abnormal times and there will be ramifications.

As the Australian stock market edges around all-time highs on the back of never before seen low interest rates, the country's longest-serving former treasurer Peter Costello has warned we're all due for a reality check.

On Tuesday, the official cash rate dropped to another historical low of 0.75%, further fuelling concern over the health of our economy and the stock market.

The ASX200 and All Ordinaries have in recent weeks broken through their pre-GFC all-time highs, thanks in part to further rate cut expectations and Wall Street optimism. But Costello, who was speaking at a Yahoo Finance event last week, said we should be preparing for a correction.

"One day, conditions will revert to more normal conditions and then there will be justice," he said.

A correction describes a situation where a stock market falls by 10% or more from its peak, usually over a period of several days or months – a correction of 20% or more is known as a bear market.

When interest rates are low, the stock market historically does well because owning shares becomes a better investment than traditional banking products, such as term deposits. At the same time, lower interest rates are also expected to get more people spending and borrowing, which is a boon for business.

"These are not normal times. We’ve never lived through interest rates this low and it’s going lower”

But of course, interest rates can't stay low forever. The worry now is how far Australia's stock market will drop once rates start moving up again. Costello's reasoning is that continuing to cut rates could lead to a more severe stock market correction later and that the economic benefits of doing so will diminish over time in any case.

"What will a rate cut do for the economy? In my view, not much," said Costello. "Markets are high because money is cheap."

Why are rates falling if we're not in recession?

Interest rates are typically cut when an economy needs a boost to get people spending again. So with interest rates sitting at all-time lows, it seems only logical that Australia's economy is in serious trouble.

The thing is, Australia's economy isn't doing all that badly – at least no worst than a few years ago. That was a point reiterated by both Costello and leading economist Stephen Koukoulas, who were speaking at the same event last Thursday.

While the US-China trade war is cited as one of the main potential triggers of a global recession, it's arguably been a boon for parts of the Australian export market.

As trade between the US and China continues to slow, Australia has steamrolled ahead to fill the gap in sectors such as steel, aluminium, wheat, education and tourism – which have all benefited by avoiding the tariffs our two biggest trade partners are suffering.

Added to that, our property market seems set for a recovery, unemployment is low and our population is growing. Yes, some of this can be chalked up to immigration, but unless we see some serious policy changes, these are all positive economic indicators.

In fact, in a recent Finder survey of market-leading economists, only 16% believed Australia was likely or very likely heading for a recession. If that's not enough, here's a solid list of reasons why Australia isn't heading into a recession by Finder's Insights Manager Graham Cooke.

Why then is the Reserve Bank of Australia cutting rates? In meeting notes Tuesday, the central bank's governor Philip Lowe pointed to a number economic weaknesses including lower than expected inflation, but that's only part of the picture – the other side is Australia's global competitiveness.

Lowe pointed to this without going into detail: "Interest rates are very low around the world and further monetary easing is widely expected, as central banks respond to the persistent downside risks to the global economy and subdued inflation."

As a general rule, lower interest rates result in a lower currency, and because Australia is an export-driven economy, it's important to keep the AUD low relative to other global market currencies.

To do this, the RBA needs to remain as aggressive as the US Federal Reserve (which has cut rates twice this year already) and other central banks in cutting rates in order to stay an attractive buy.

As Costello aptly put it last week, "there’s a race to the bottom – everyone wants to be lower."

Whether rates of 0.5% or even 0% or lower will do much toward stimulating spending when wage growth isn't rising in any substantial way is another story.