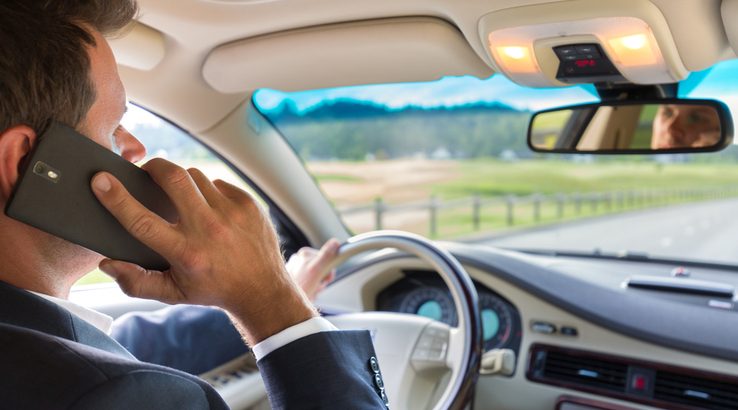 The phones have won.

Recent years have seen a concerted crackdown on drivers using mobile phones behind the wheel, to almost no effect, says a new report from the Royal Automobile Association (RAA).

Sharper penalties, crackdowns and driver education programs have all been used in tandem to get drivers to put phones away, but after five years it looks like none of it has made a difference.

It's made so little difference that it's not even possible to gauge how many people use phones while driving based on police figures alone. The more resources police put into catching drivers using phones, the more they find.

12,363 mobile phone offences are detected each year on average, says RAA senior road safety manager Charles Mountain, but this number simply rises and falls based on how hard police look for them.

A clear example of this is South Australia's "Operation Distraction" campaigns. The only measurable impact of these is a shift in how many people are caught using their phones while driving.

"If Police had the resources to run Operation Distraction throughout the year, we expect we would get a more accurate representation of illegal phone use behind the wheel," Mountain explains.

"Each time SA Police conduct Operation Distraction they highlight the severity of this problem, clearly showing motorists are not getting the message," said Mountain.

Everyone thinks it's dangerous, but no one cares

Of course, most of those RAA members surveyed were probably getting their car insurance from RAA and might therefore just be giving "the right answer" regardless of their real opinions.

A police presence might be convincing a handful of drivers to put the phone away, but the vast majority prefer to do it anyway while keeping a lookout. 70% of drivers report to being extra alert for police when using a phone while driving, and many also admit to taking steps like carefully holding it below the window.

By the numbers, it looks like drivers know it's dangerous and are worried about getting caught, but they're perfectly willing to take those risks.

The hard truth might be that Australians don't want to stop using their phones while driving, and all the police and road safety experts in the world can't make them.

At this stage, it looks like mobile phones behind the wheel will keep being a problem until driverless cars come along and solve it for good.