PayPal starts blocking VPN payments: What should you do? 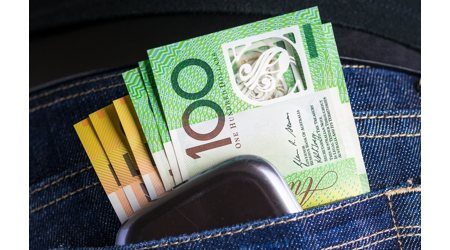 The popular payment gateway doesn’t want VPN companies to use its financial services. Here is what you need to know.

9 February 2016: Virtual Private Networks (VPNs) can be used to jump through geoblocking restrictions on TV shows, movies and music delivered over the Internet. That’s not their sole use, but many services do sell themselves on the ability to access overseas content libraries, especially those of the big US players such as Netflix, Hulu, Amazon and HBO.

Decent VPNs are never free, which means you’ve got to be able to pay for them somehow, and PayPal is an obvious way to do that. Most VPNs offer PayPal as a simple and secure way to pay for their services.

Except when PayPal objects and yanks its services away. As reported by Torrentfreak, popular VPN/DNS provider Unotelly was recently informed by PayPal that it would no longer be able to accept payments for its VPN service using PayPal, citing copyright concerns. The most pressing of those concerns is likely to be Netflix, which recently announced that it was going to begin more aggressively blocking VPN users trying to switch Netflix countries to access more content.

According to Unotelly, PayPal simply announced that it was withdrawing its services "unilaterally and without prior warning".

Can PayPal really do that?

In short, yes, it can. Strictly speaking, PayPal isn’t a bank and its terms and conditions are its own and agreed to by anyone using the service.

This is why it can make good sense to read through the End User Licence Agreements (EULAs), no matter how dull they seem. In PayPal’s case, it’s resting on its acceptable use policy. In the case of Unotelly, according to an email cited by Torrentfreak it states that:

"Under the PayPal Acceptable Use Policy, PayPal may not be used to send or receive payments for items that infringe or violate any copyright, trademark, right of publicity or privacy, or any other proprietary right under the laws of any jurisdiction."

PayPal isn’t obliged to offer its services to any particular company or individual, and in essence, that’s what it’s done here.

This isn’t the first time that PayPal has flexed its muscles in the copyright fight. It has blocked newsgroup access providers in the past from accepting payments via PayPal, citing the same copyright concerns.

Does that mean that using a VPN to access Netflix US in Australia is illegal?

That’s almost certainly not the case. We’ve got to couch that in probabilities, largely because this is an area of law that’s yet to be really stringently tested in front of Australian courts, but legal opinion tends to suggest that use of a VPN in general is most definitely legal, and even the use of a VPN to bypass geoblocking should be legal, although it’s almost certainly also a violation of the Netflix terms of access.

What that means in a practical sense at an individual level is that the worst you’re likely to face if caught using a VPN – and Netflix is definitely cracking down on those itself – would be a blocking notice (which is what happens now) or potentially having the service cut off for the rest of your subscription month.

For now, Netflix doesn’t want to agitate its users. If you are detected, you'll get a notice indicating that you’re using a proxy bypass method and are told to switch it off to access your local Netflix library.

This bites. What can I do if I want to keep using a VPN?

PayPal is very large and extremely convenient, but it's far from the only way to pay for VPN services. You could switch to another payment method, such as credit card, but be certain to both properly investigate the bona fides of your VPN provider and its security options. If in doubt it would be safer use a debit-based card if you’re worried about your financial details being compromised.

The other solution is to switch to a VPN provider that PayPal hasn’t banned yet. It’s not clear if other VPN providers have been approached by PayPal as yet, so this could lead to more and more VPN switching – rather mirroring the situation that many VPNs providers find themselves in when switching IP addresses around to avoid geoblocking in the first place.

As always, the value in using a VPN or similar service depends on the content you want to watch being on the services available to you. There’s no doubt, for example, that Netflix’s US library of movies and TV shows utterly dwarfs that of the Australian service, although it’s worth noting that there are numerous titles that are available to Australian users and not US ones at this time. You can check out that list here, and the alternate list of US-exclusive titles not found on any Australian streaming service here.