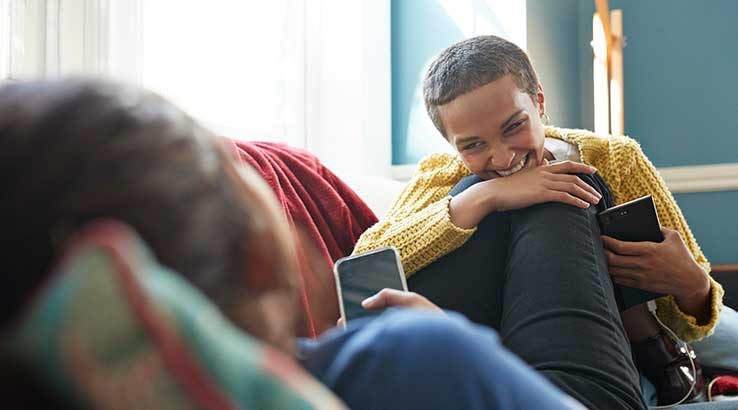 Young Aussies are tapping and paying, we're embracing sustainable spending and a surprising number of us are shopping on the toilet.

A global survey commissioned by PayPal has revealed the many sides of mobile spending. Now in its fourth year, the 2019 PayPal mCommerce Index has shown Australians to be both conscious consumers that take the extra effort to shop based on their values while at the same time preferring to stay in and shop on our phones rather than seeing a concert.

The research was comprised of surveys with 22,000 consumers and 4,602 businesses across 11 global markets, including Australia.

The research found 66% of Australians between the ages of 18 and 35 made a values-based purchasing decision in the past 12 months while 1 in 10 consumers have actually boycotted a brand because of their values. This increases to one in five for generation Z.

PayPal's shopping expert Jessica Rix said we are beginning to see a shift as Australians choose brands that operate ethically and sustainably.

"There's a new wave of consumer behaviour and it's being driven by the young. Aussies are putting their money where their mouth is when it comes to environmentally and socially sustainable products," she said.

The Index also found that Australians are staying in more. Mobile purchases for experiences such as concert and theatre tickets decreased 21% year-on-year from 2018 to 2019, while mobile spending on flights and hotels was down 13% during the same period. Spending on subscription services increased during the same period, for example, Stan increased by 36% and home delivery services increased by 32%.

"Some people might think we're a nation of lazy shoppers," said Rix, "but with our busy lifestyles, it's more the case that we want to be able to buy the things we need whenever and wherever we want and have access to everything in one place."

However, just because we're staying in more doesn't mean we are shopping less. The most popular place for us to shop on our phones is when we're at home relaxing (68%), while 40% of us shop on our phones while we're watching TV on the lounge. One in eight survey respondents also admitted to mobile shopping while on the toilet.

"We are choosing not to leave the comfort of our own homes, let alone our own sofas, to shop – and why would we when we've all got the equivalent of a limitless shopping centre sitting in the palm of our hands and only a click away?"

This convenience extends to the way we spend with our smartphones. More than half of Australian consumers (55%) have used their smartphones to make tap and go payments in stores or physical locations. This rises to 81% for generation Z.

Tap and go payments have been on the rise in Australia as more banks have made them available to their customers. And having a choice does affect uptake: after making Apple Pay available to its customers in January 2019, CommBank announced it had received a 400% increase in the use of tap and go payments on its cards as of May 2019. The majority of Australians should now have one or a few options to tap and pay with their smartphone, whether it's iOS or Android.

Another key payments trend is social media shopping, also known as social commerce. The Index found a 42% year-on-year increase in shopping on platforms such as Facebook and Instagram with 27% of those surveyed making purchases on social channels in the last six months. Social media shoppers spent an average of $121 per month via social channels and 21% of those made purchases at least weekly.

Rix said the lines between social media and e-commerce are becoming blurred, and the "sheer amount of time" spent by young Australians, in particular, on social media means they are set to become shopping channels.

"With Gen Y and Gen Z almost constantly connected, and mainly on social media, it's natural that we'd take the opportunity to discover, explore and buy the products and brands we love in the social spaces where we spend most of our time."