Which professions scored the biggest pay rises this year? 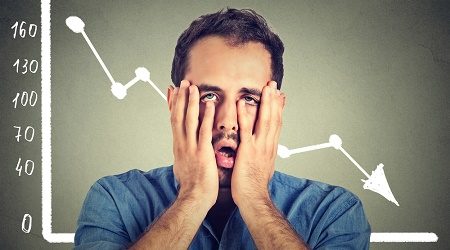 There were a lucky few Australians who received generous pay rises in the last financial year 2015-2016, while the majority were left with little to no additional compensation for their services.

New research from Hays Salary Guide 2016 reveals 58% of Aussie workers received a salary increase of less than 3% in the past year, while 16% remained on their current income.

The research was garnered from a survey of 2752 organisations, representing more than 2.6 million employees.

However, if you worked in advertising and media, you were most likely to receive a very fruitful wage rise. 8% of workers in this industry were rewarded with a salary gain of more than 10%, well above the average of just 2% across all industries.

Professional services employees enjoyed substantially profitable gains, with an all industries-high 28% getting an extra 3-6% in the last year, 6% taking home between 6%-10% more and 4% achieving a rise of more than 10%.

Those in construction, property and engineering saw the greatest increase (8%) in the category of workers receiving a 6%-10% boost. These real estate gurus also benefited with above average rises at all other salary growth levels.

Hospitality, travel and entertainment had the lowest number of employees who received no salary gains (6%). The industry also dished out above average increases when it came to rises of less than 3% (68%) and between 3-6% (23%).

At the opposite end of the scale, just 15% of manufacturing and resources and mining workers received an increase of 3% or more.

Looking ahead, professions such as accountancy, architecture and marketing can expect increases of between 6% to more than 10% in the coming financial year.

See the infographic below for a full industry-wide breakdown of salary increases from 2015-2016.

Earlier this week we reported the Fair Work Commission raised Australia’s minimum wage to $17.70 an hour or $672.70 per week, an increase of 2.4% year-on-year.

Asking your boss for a raise can sometimes be a daunting task, but with these simple steps, it’s much easier to get what you want.