PAX AUS 2016: All the news from Australia’s gaming expo

Melbourne's annual Penny Arcade Expo is underway, and finder is there covering the event. Here's what's happened so far, as well as what we expected from the show.

With 2016's PAX Australia Expo in Melbourne all wrapped up for another year, we're still recovering from what was one of the best PAX Australia events yet. While we do that, we'll be updating this hub with our thoughts and opinions about the show, including gaming highlights and the things to keep an eye out for in he future.

While we debate amongst ourselves over which was the best VR title on display and which indie we wanted to keep playing the most, why not check out our coverage from the event below and our expactations from the show before we even got to Melbourne.

New NBN provider MyRepublic wants a gigabit future for Australia and FTTN is in the way.

Aimed at gamers, MyRepublic is only offering broadband connections with unlimited data on the highest NBN speed tier.

Since 2013, thousands of fans have converged on Federation Square to celebrate a shared love for video games at Penny Arcade Expo Australia, or PAX AUS for short. Whether you're there for the talent, the music or simply to kick back and play some games at handheld lounge, there's always a ludicrous amount of fun to be had at PAX whatever your interests are and this year is no exception.

While we await a full schedule of the weekend's events, we've put together a list of announced events to get excited for this year. 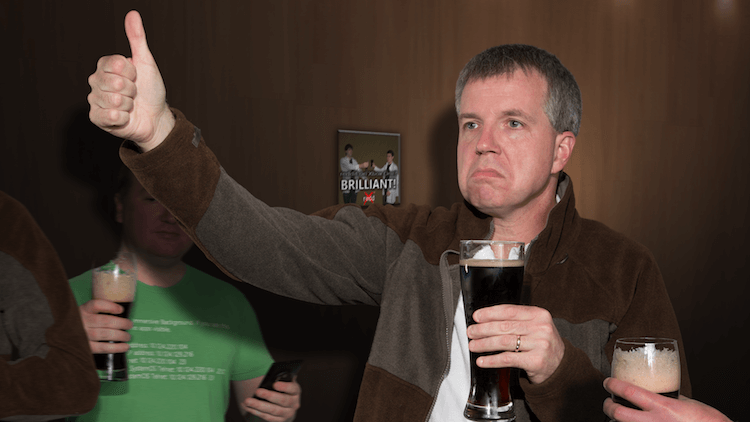 Larry Hryb is better known as his podcasting and blogging alter ego, Major Nelson. The Major is Director of Programming for Xbox Live, runs a popular weekly podcast "Major Nelson Radio" and writes frequently about the inner-workings of Microsoft's Xbox Division.

One of the most influential personalities in the gaming industry, the Major is also a bit of a larrikin, which makes him the perfect candidate to introduce PAX AUS 2016 with its Storytime Keynote event.

The Storytime keynote kicks of PAX AUS first thing Friday morning (4 November) in the Main Theatre, and will feature a talk from Hryb, presumably about his long history with Xbox and the gaming industry large. Cosplayers are at the heart and soul of any convention and PAX is no different. Whether you cosplay yourself or just want to see your favourite video game characters brought to life, PAX is never short of people strutting their work.

While there's no official Cosplay competition at PAX AUS, there's often some smaller celebrations by booths and exhibitors. But that's kind of what makes it all that more special. The cosplayers at PAX aren't heading there in full League of Legends garb for any kind of cash prize, they're doing it for their deep-seated passion for video game culture. 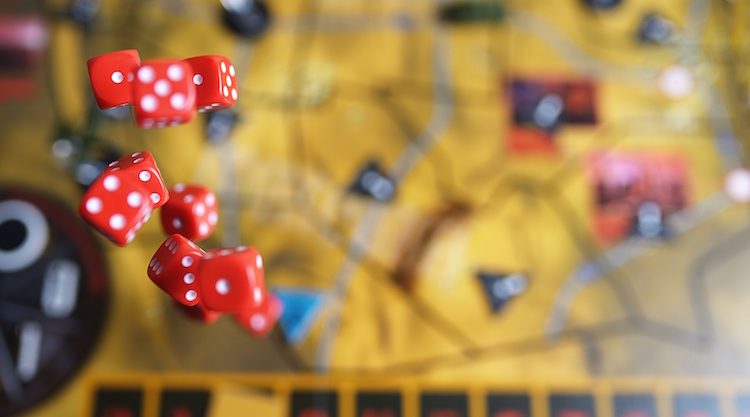 If digital's not your thing, you can always throw the dice with some friends at PAX's tabletop area. From casual games to boardgames that have the potential to keep you there long after the lights go down, PAX AUS has a huge library of board games to choose from. Even if you're a lapsed gamer or just want to find out what it's all about, pull up a stump at one of the many tables to watch it all go down.

We're secretly hoping a physical version of League of Geek's Armello will be available to play. Every year of PAX is jam-packed with on-stage panels and keynotes covering a vast ranges of topics on gaming culture and the industry. Over the course of three days you'll find back-to-back talks covering a diverse range of topics, some serious and some just for fun. PAX's eclectic panels are the reason many flock to Federation Square year in and year out.

We'll update this section when the full schedule is announced. So far we know Maude Garrett (Geek Bomb) will be judging a Fight of Fandoms debate, Scientists Phil, Tim and Science Ninja Girl will be bringing back Science <3 Video Games and Riot Games will be hosting a number of panels held by Riot employees, Shoutcasters and Oceanic Pro League (OPL) Players discussing a range of League of Legends topics like Becoming a Shoutcaster, Champion Creation and Cosplay How To. While PAX's panels provide fun and food for thought in equal measure, the most exciting part of the conference is without a doubt getting some hands on time with some of the most promising indie games from around Australia. Over the years we've seen the wonderful digital role-playing board game Armello (which has since made its way to seven platforms and developed a dedicated player base), Defiant's card-based RPG Hand of Fate and Lance E. McDonald's action-strategy espionage game Black Annex.

We don't yet have a full list of games on display at the Australian Indie Showcase, but we do know you'll get some to spend some time with Sneaky Bastards' Wildfire, a stealth game where "everything burns", Jacob Janerka's bizarro point-and-click adventure Paradigm, Flat Earth Games' space trade sim Objects in Space and many more. Pop by the many booths to show your support for the spectacular Aussie indies on display.

Every confirmed game for PAX AUX 2016

Booth announcements for PAX AUS 2016 are coming thick and fast. Here's every announced game, physical and digital, so far. 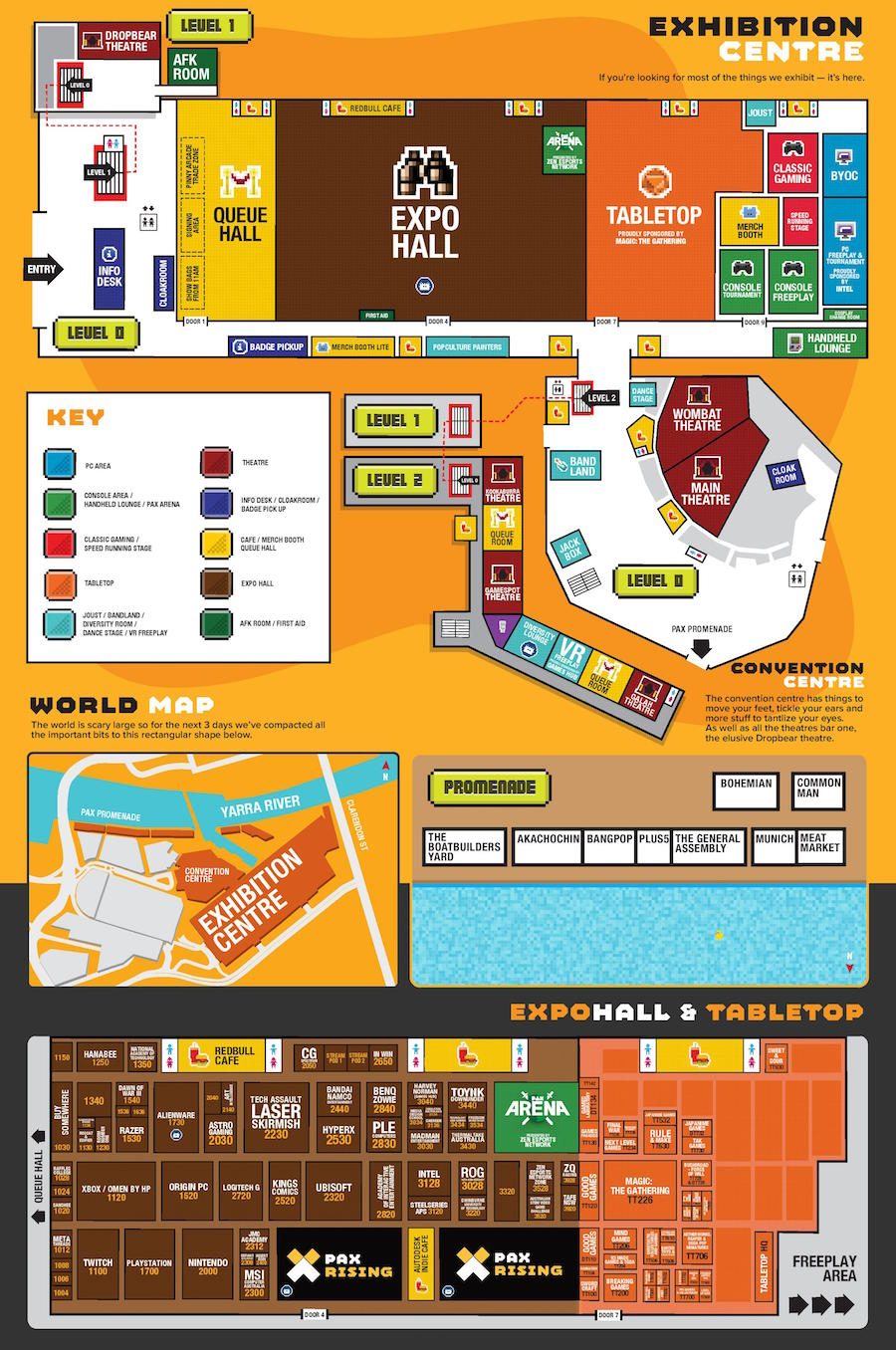