How partnerships are driving this fintech lender forward 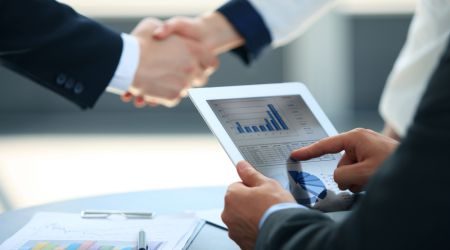 Fintech companies were originally thought of as disruptors, but as the game continues the rules are starting to change. Today, you’re more likely to see banks and corporates building bridges with fintech companies rather than putting up defensive walls. This is the case for GetCapital, a small business lender sharing its reins with business heavyweights such as Qantas and Alibaba.

"The rationale behind launching the business was really trying to solve that problem of that gap that the banks aren't filling in providing new finance, and we've been focused on that problem ever since." 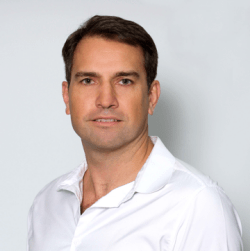 The small business lending space, particularly with fintech lenders, has exploded since the business lender launched, but Osborn says a key difference for GetCapital is a balance between "fin" and "tech".

"We provide an old-school relationship banking like the banks used to do 20 years ago and try and find a solution for the customer across our product set, but at the same time, we're leveraging technology to do that super-efficiently...So I think we're playing in a different space."

Part of playing in that different space has been forming strategic partnerships. Two key partnerships for GetCapital are Qantas, allowing borrowers to receive 1 Qantas Aquire Point per dollar borrowed, and Alibaba, through which GetCapital offers a tailored product for buyers and sellers on the platform. While there are no banks currently counted among GetCapital's partners, Osborn says he would be open to it, but the partnership has to be the right fit.

"We kind of say internally, '2016 was the year of people announcing partnerships'. We think 2017 will be actually doing real partnerships. So it's one thing to announce something, but the detail of that really, really matters and so what I mean by that is both parties need to be fully aligned and incentivised to make it work," he said.

While banks may be on the cards, alternative lenders such as GetCapital have provided a real solution for businesses. Banks used to be the first port-of-call but the focus is shifting to the "alternatives".

"We've seen a real tipping point about nine months ago where good credit quality customers were searching through an online channel for a non-bank lender as their first option. If you wound back the clock two years, it was straight to my bank first and if I can't get it from them, then come to the non-banks. So look, I think that will continue."

For Osborn, GetCapital is "almost entirely" partner-focused, and it's key to the business's current and future success.

"There are some other players in the marketplace that are really trying to build a big brand direct for market; that's actually not us. We're there to support our partner brands, so you'll see us almost as a silent partner for Alibaba and OFX...We don't have to go out and find, or spend money marketing to, new customers. We can focus on what we do well, which is building innovative products and assessing credit."

Partnerships have been a focus for several fintech business lenders. Commonwealth bank entered into a referral deal with small business lender OnDeck and Prospa has partnered with both Westpac and Reckon in a referral program.

While GetCapital is a veteran in the space compared to the more recent entrants, Osborn says he was surprised at how quickly some of the partnerships were made, even though it was always part of business' plan.

"We were of the view that we would probably have to build this out over a three- or four-year period before we had the opportunity to partner with the likes of an Alibaba, but because the partners themselves have seen the opportunity, and to be honest, some of them have come knocking on our door to say, "This is what we want to do. Can we partner to do it?""

Moving forward, Osborn says that the second stage of fintech is ahead for business lending.

"I think we're at the end of the first innings of the SME fintech buzz and what you're going to see going forward is this building out of products that meet the needs of the customer or the partner."