Why the parliamentary inquiry was good for fintech | finder.com.au

Why the parliamentary inquiry was good for fintech 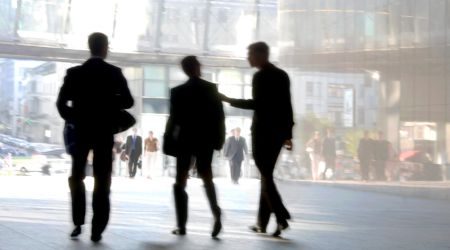 The parliamentary inquiry into banks saw CEOs of the Big Four – Westpac, ANZ, NAB and Commonwealth Bank – grilled about a range of issues pertaining to their bank's conduct. While the line of questioning taken by House of Representative economics committee did not directly relate to fintech, the answers and defences at the four inquiries reveal several interesting points that relate to the fintech sector, for both banks and fintech companies.

Brian Hartzer, CEO of Westpac said he supports data sharing, but the process needs to be "well-governed".

“Data is a really important part of what we do and at Westpac we embrace that,” he said. “We’re very supportive, but don’t underplay how important it is to put that control around.”

Hartzer ended by saying that Westpac would comply with any change in the law.

Andrew Thorburn, CEO of NAB, went further, saying he would support any move that required banks to share customer data. He also directly related the issue to fintech.

“We welcome competition,” he said. “That’s how this bank has survived and competed for 150 years...And now we’ve got new competition, fintechs that are coming at us and we welcome that too. You have to lift and get better and that’s good for customers.”

However, neither were ready to commit to the proposal of bringing the UK's open data regime to Australia. Hartzer said what was happening in the UK was interesting, but Australia needs to make sure privacy controls are in place. When questioned, NAB's Thorburn also agreed to take notice on what incentives he will provide to executives to ensure data sharing happens.

While not dwelled on for long in any of the four inquiries, the high rates charged on business loans was brought to the attention of each CEO. The small business lending market has been booming, and it's overrun with fintech companies. Lenders have been offering faster funding and opening out the eligibility criteria for a loan, but the main difference is that the loans are usually unsecured. Approval is based on business revenue and performance, which is analysed using various algorithms. This has resulted in several banks partnering with smaller business lenders to help them service customers.

Commonwealth Bank's chief Ian Narev was the first that was forced to defend its rates, which are 5.75% above the cash rate.

"There is a view generally because a business loan is secured by a mortgage over someone's home that therefore interest rates should be the same as the home loan, that's just not true," he said.

Questioning turned to the GFC, because current business loan rates were higher than during 2008-09.

"When the global banking system went through the experience of the global financial crisis, what we all looked at was the fact that appropriately pricing or risk has ceased to occur," he said.

We welcome competition. That’s how this bank has survived and competed for 150 years...and now we’ve got new competition

Also forced to defend Westpac's rates, Hartzer said it would be "fair to say" the bank had underestimated the loss rate for small business loans.

“Small business loans go bad about five times more often than a home loan. And the loss rate is around 10 times. The combination of all those things has fed into that difference.”

“It’s not huge but I want it to be bigger. There is a transition happening in the economy ... and we want to be part of that and help those businesses set up,” he said.

“What people want is a really competitive rate, and then they want the right service proposition.”

As banks struggle to continue to offer business loan rates in line with the cash rate, this presents a real opportunity for fintechs to continue along the small business lending road.

Commonwealth Bank's Ian Narev, in particular, was questioned for his bank's financial advice errors, admitting he did not act with "requisite speed" to fix errors. He also told the committee that an independent review found that 10% of customers were given the wrong advice by Commonwealth Bank. However, he argued that this 10% of the 8,000 reviews were a small representativee of the whole.

Westpac's Hartzer said that the nature of investing is "taking a risk," but admits that there needs to be consequences when customers are poorly advised.

While there was a considerable amount covered in the inquiry, looking solely at these topics – business loan rates, investments and data sharing – we can see the spaces in Australia's financial market that are still ripe for fintech, whether that be collaboration or disruption.