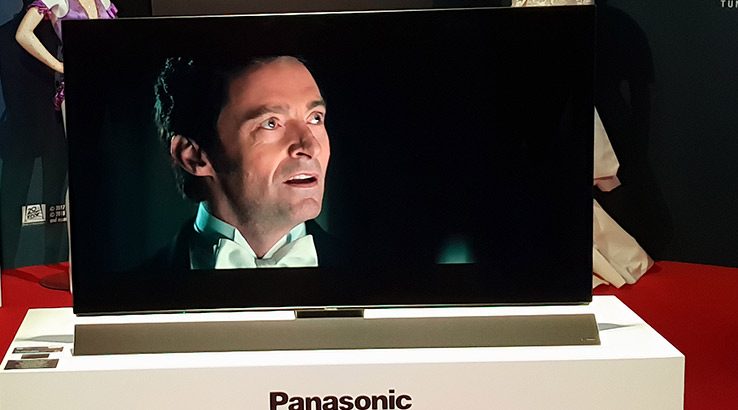 Screaming at the TV during a big match may finally yield results.

Panasonic Australia has unveiled its 2018 AV home range, encompassing a range of OLED and LED LCD TVs, new 4K-capable Blu-ray players and its first smart speaker, the Panasonic GA10, set to take on high-end units such as Apple's HomePod speaker.

On the TV front, the hero of Panasonic's range will be the FZ1000 and FZ950 OLED ranges, available in 55-inch and 65-inch sizes. Panasonic Australia's largest OLED, the FZ100U which launched last year will retain its space as the company's largest OLED if you fancy a larger panel, albeit running on slightly older technology than its newer, smaller cousins.

Panasonic says it has fine-tuned its HCX image processor to deliver a dynamic LUT (Look up table) system. Fancy name, but what it boils down to is that its HCX-bearing panels can dynamically adjust brightness to load the appropriate LUT data so that mid-range brightness isn't muted as the result of overly bright or dark areas in a given scene. Panasonic's claim is that its OLEDs are so highly regarded that they're used as reference monitors by leading Hollywood studios.

The primary difference between the FZ1000 and FZ950 OLED displays is that the FZ1000 includes a Technics-engineered Blade Speaker at the base, something the FZ950 omits. However, it's not going to be sold separately as a standalone soundbar, so you can't buy an FZ950 and upgrade it to effectively be an FZ1000.

While Panasonic's new TVs will feature the company's new My Home Screen 3.0 user interface, they'll also gain access to both Google Assistant and Amazon Alexa for smart home integration and voice-control functionality. That won't be evident when the panels first hit the market mid-year, but will come by the end of the year as a firmware upgrade, according to company officials. 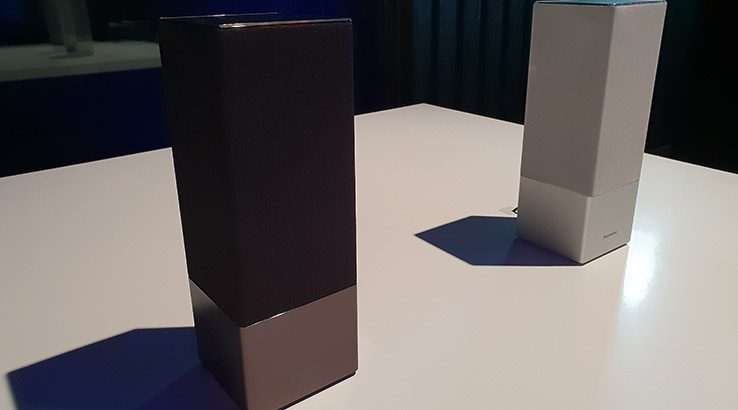 In the standalone space, the Panasonic SC-GA10 will land in Australian stores in May for $379. It is a Google Assistant and Chromecast-compatible single speaker set to take on devices such as Apple's HomePod or Sony's LF-S50G, offering high-quality audio along with spoken assistant features.

Design-wise, it very much belongs to the old school of hi-fi design, but that means it's not particularly busy and should fit in well with most home decor situations in either its black or white form.

The SC-GA10 features two 20mm tweeters and an 8cm woofer arrayed to send out audio in a 180 degree angle, so it's not quite as rounded as the 360 degree sound you'd get from a HomePod.

Having said that, a brief demonstration at Panasonic Australia's media launch did show some impressive sound reproduction chops. We've got a review unit working right now, so stay tuned for our comprehensive review.