Over 50% of Aussies are working while on holidays 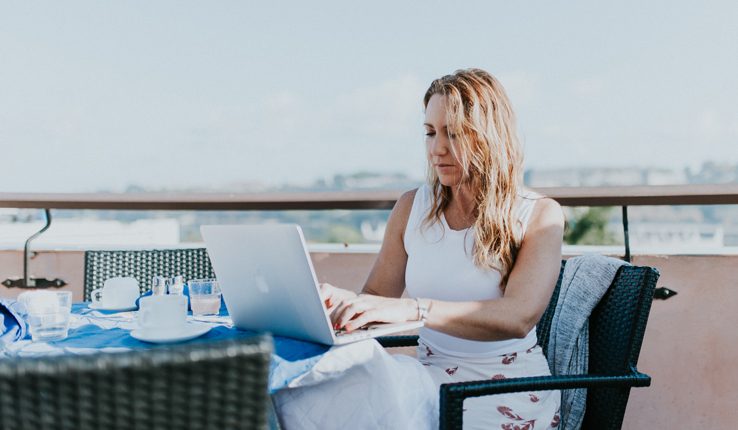 New research shows that workers don’t believe they get enough leave and are forced to work out of the office.

Who doesn't like a good holiday? A break from work with the opportunity to explore somewhere new is what a lot of us start dreaming about first thing Monday morning. A recent survey from Budget Direct Travel Insurance says the opposite, though, with over half of Aussies surveyed still choosing to work whilst on holiday.

A very small portion said they can’t rely on their team to get something done (5%) or that they’re too busy to leave it until back in the office (5.3%). Most surprising of all is that 9.5% of those surveyed just work because they enjoy it.

How does it look by age and state?

The results also suggest that our younger generations are less likely to work while on holiday. The 18-24-year-olds surveyed were the only age group in which fewer than half (43.1%) had worked while on a personal holiday.

Unfortunately, this number rises dramatically to 60.7% among the 25-34-year-olds surveyed and drops to 51.1% and 50.6% respectively for those in the 35-44 and 45-54 age brackets. A possible explanation for the rise and fall over time is that as you start taking on more responsibility we’re more likely to bring work on holiday with us but as you rise up the ranks, seniority seems to have its perks.

Diving into state-specific data, we found that NSW employees are more likely to work while they’re supposed to be taking time off (57.5%), while our Tasmanian brothers are keener to relax (38.1%).

Do we need more leave?

57.8% of surveyed employees think that four weeks of paid leave is insufficient to take all of their intended trips or time off in a year but if you’re anything like us, you’ll always want more.

The results also show that most of the surveyed Aussies (60.6%) were unable to completely switch off from work while on a personal holiday so it’s easy to see why so many think four weeks of leave is not enough.

A recent survey of 1,000 working Australians found that just 31% of workers actually used all their annual leave and this time around, the numbers look a bit more positive. 48.5% of those surveyed took their full allocation of paid annual leave last year.

The gender divide is evident on this one, with only 44.4% of women surveyed taking all of their annual leave last year, compared to just 52.6% of men.

While these results might seem contradictory to the fact that we don’t think we get enough paid leave, it could indicate employees are actually trying to save up their leave for larger holidays in the future. We actually found that nearly half of Australians surveyed (49.6%) stated this as the main reason for not taking their annual leave days last year.

Most concerning, however, are some of the other reasons why Aussies didn’t take their full four weeks of leave. Guilt actually features prominently (14.1%) and not getting approved is sadly up there as well (8.7%).

If you’re struggling to make your leave work for you, check out our annual leave hack to turn 20 days of annual leave into as much as 58 days of holidays.