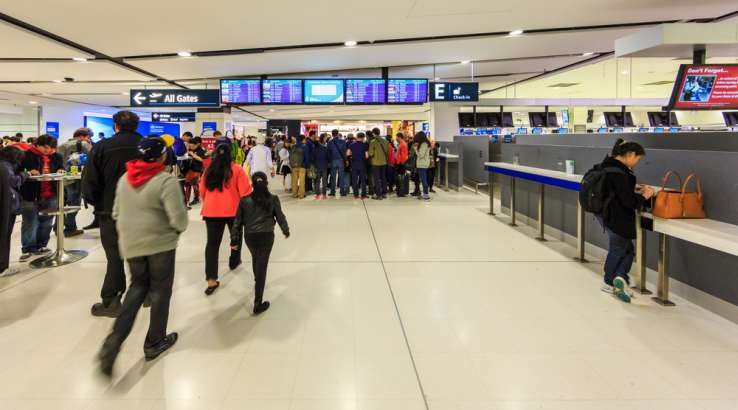 That's good news for travellers - and for data nerds.

It's a familiar tedious start to your holiday: filling out the outgoing passenger card (OPC) detailing where you're going and why you're travelling. But come mid-2017, Australians and international visitors won't have to do that anymore. The OPC is about to retire.

There are two factors driving this. Firstly, much of the information about passengers is already collected as part of their airline booking, so the cards represent needless duplication (and lots of wasted paper).

Secondly, because the SmartGate system - which uses facial recognition to process passengers - is now in use for departures at most international airports, you no longer hand your outgoing passenger card to an official from Department of Immigration and Border Protection (DIBP, aka Border Force).

Instead, you're supposed to drop it in a box after passing through the gates. In reality, it's easy to miss the boxes, and that leads to a fairly large number of missing cards.

That causes problems not just for DIBP, but also for the Australian Bureau of Statistics (ABS). Those cards are used to help compile the ABS' monthly report on international arrivals and departures. When they go missing, that creates accuracy issues.

As the ABS notes on its most recent release: "Coinciding with the roll-out of Departure SmartGates, there has been an increase in outgoing passenger cards not being collected due to passengers failing to place their cards into the drop boxes. The ABS and DIBP are working together to mitigate this issue and to minimise the impact on data quality."

Currently, that issue is sorted by adding in records to account for missing passenger cards. In March alone, 232,611 records had to be added for that reason. That's both fiddly and less accurate.

The long-term fix, then, is to stop using the cards altogether, and that's what's going to happen come July. "DIBP has worked closely with the ABS and Tourism Research Australia to identify and successfully test alternate data sources to the OPC," the ABS says. "Changes to use these alternative sources are now well underway to remove reliance on the paper OPC. As a result, the OPC is on track to be retired July 2017."

So from July onward, you shouldn't need to fill out a card at all. That might well mean additional questions popping up on the SmartGate, but for most travellers it's a big potential time saving.

The long-term goal is that by 2020, we won't have to fill out incoming passenger cards either, and SmartGate itself may be eliminated in favour of a simpler tap-and-go system for biometric passports.
I'm looking forward to it.