With Optus' broadband bundles, you can satisfy your Internet and entertainment needs in one easy package.

With the rise of high-speed Internet, more and more homes are shifting to a world where entertainment is delivered over a broadband connection. To take advantage of this, Optus offers a range of entertainment services alongside its Internet plans, giving you the option to combine them all into a single bill. 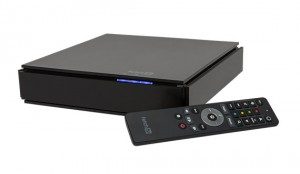 When adding the Fetch pay TV service to your Optus broadband plan, you can customise it to your liking. As an entry point, you can bundle in the Fetch Mini set-top box on its own and get access to catch-up TV services like 9Now and SBS On Demand as well as the ability to rent and buy movies and TV shows from the Fetch store. Alternatively, you can spring for the Fetch Mighty set-top box and gain the ability to watch 4K content and record up to 585 hours of live TV.

You can also choose from a range of premium Fetch channel packs which include popular channels like Nickelodeon, BBC First, MTV and ESPN. These packs are available for $6 per month each, or you can get all of them for $20 a month.

There are also various Special Interest and World channel packs you can add on à la carte. World options include channel packs for China, Italy, Pinoy and Korea. If you're a sports fan, you can add the beIN SPORTS package which includes coverage of Serie A, La Liga and the Bundesliga as well as the WTA tour and international test rugby matches.

The other half of Optus' entertainment offering is Optus Sport. Available bundled with select broadband plans or as a separate add-on, it targets sports fans, specifically those with a penchant for football. A subscription gets you 24/7 coverage encompassing the English Premier League, UEFA Champions League, UEFA Europa League and more.

Along with live matches, Optus Sport includes pre- and post-match analysis, interviews, special features and plenty of statistics to dive into.

The Optus Sport mobile app also lets you watch live games and access exclusive content on the go. The app is available on both Android and iOS devices. If you'd rather take a larger screen with you while you're out and about, any laptop or PC can access Optus Sport via the Optus Sport website.