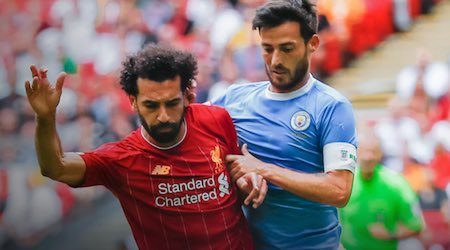 Liverpool's quest for a first ever FIFA Club World Cup will now be shown exclusively on Optus Sport.

Optus Sport has once again swooped in on Foxtel and jagged some more football. The upcoming FIFA Club World Cup will now be shown exclusively on Optus Sport.

Optus Sport is making its intentions clear and not simply here to make up the numbers as a sports streaming service. It's starting to build a strong identity as a football streaming platform.

It may not be the only new content coming to Optus Sport as rumors about the Super Rugby continue to float around. It's a massive coup for Optus, which also broadcasts the EPL and FIFA World Cup.

Not to worry though, Optus has greatly improved the performance subscription service since its "Floptus World Cup disaster".

What is the FIFA Club World Cup?

The FIFA Club World Cup is a tournament comprised of champions of every football confederation across the globe. There'll be a lot more interest in Australia this year given Liverpool are contesting the trophy, as the reigning winners of the Champions League.

Liverpool have never won this piece of silverware in the club's history. They last made it to the final in 2005, but were defeated by Brazilian club Sao Paulo.

Other teams making an appearance in the competition include winners from across Asia, Africa, South America and North and Central America.

Real Madrid have won the last three editions of the tournament. In fact La Liga clubs have taken the silverware home to Spain every year since 2013.

When is the FIFA Club World Cup?

The competition will take place over 11 days from December in Qatar. The opening fixture is Al Sadd SC vs Hienghene Sport on 11 December at 4:30am AEDT.

Most importantly The Reds' first match is during the semi-finals on 19 December at 4:30am AEDT. Something Optus failed to mention in its announcement is that we don't know what Liverpool squad will be heading over to play.

A scheduling clash will also mean the day before this Liverpool are facing off against Aston Villa back in England in the Carabao Cup. Manager Jurgen Klopp has already confirmed two seperate squads will play in each match.

The final game of the tournament is on Sunday 22 December, once more at 4:30am.

Football streaming in Australia is now split across Optus Sport, Foxtel, Kayo Sports and beIN SPORTS. Free-to-air broadcasters ABC and SBS too have access to a few different matches.

As we mentioned above, this is another blow to Foxtel's football content which is also shown on Kayo Sports. While it certainly could sting existing subscribers somewhat this isn't the biggest football tournament in the world.

Foxtel and Kayo still have the majority of football leagues from over the globe. Kayo also still has a strong differentiation strategy by offering over 50 sports as part of a subscription.

beIN SPORTS is also around as its own service. It shows several football leagues including the major German, Spanish, Italian and French competitions. It also has the EFL and Copa Libertadores, but you can find the entire beIN SPORTS offering on Foxtel and Kayo.