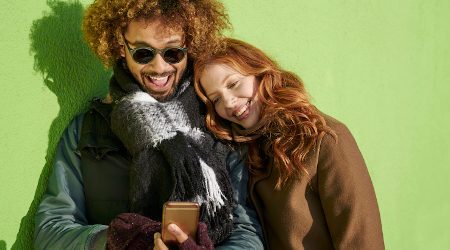 Optus' mobile plans will continue to be cheaper than Telstra's for the rest of 2020.

Australia's second largest mobile carrier Optus has announced a price freeze on its mobile phone plans for the remainder of 2020. This announcement was made in response to a price increase by its biggest competitor Telstra, an increase Optus' managing director labelled "tone deaf" in a News Corp interview considering Australians are struggling financially with the COVID-19 pandemic.

As things stand now, Optus' most basic SIM-only plan is $16 less per month than Telstra's cheapest offering, meaning customers will pay nearly $200 less per year with Optus. The price freeze extends to both prepaid and postpaid plans, for new and existing customers.

This is a deliberate move to promise financial stability and certainty to Optus customers during a period when things could not be less certain.

So how does Optus now compare to Telstra?

Let's dive into the details of how Telstra and Optus compare, now that Telstra has raised its prices.

Telstra's cheapest plan, the Small, provides 40GB of data for $55 per month. Optus' equivalent, Choice Medium, provides 60GB for $49 monthly, which is much more data for less.

The Telstra Medium gives 80GB of data for $65 monthly. Once again, Optus' Large version is better value, providing 100GB for $59 per month, another clear upgrade.

Finally, the Telstra Large offers 120GB for $85 monthly. Here, Optus' Extra Large provides the same amount of data, at a small discount of $79 monthly, instead.

Optus' SIM-only plans may compare more favourably to Telstra after the price jump, but it's not time to hand them the best value trophy just yet. When it comes to value, you can't forget about the competitive plans from Vodafone, the last of the big three telcos.

Vodafone's plans often work out cheaper than either Optus or Telstra through a combination of promotional deals, though their network is the smallest of the three. This won't matter in metro areas, but it's something to consider for regional or rural customers. Here's how its plans compare:

Optus Choice Medium provides customers with 60GB of data for $49 monthly. Vodafone provides the same 60GB for $45 per month, for the first 12 months.

Likewise, 100GB with Optus on its Large plan will cost you $59 monthly. With Vodafone, you'll pay only $50 per month for the first 12 months for the same data allowance of 100GB.

A small note to throw in here is that Vodafone also has "endless data", where you can use as much data as you want past your cap for free, at a reduced speed of 1.5Mbps.

When it comes to a plan for your mobile phone, there are several smaller MVNOs out there with cheaper options than any of the big three. The usual trade-off is in terms of extra features, which MVNOs often lack entirely.

This is how Optus' cheapest plan stacks up against the smaller competition:

As you can see, Optus' plan is pretty poor in sheer data per dollar terms, but you do get a few extra features with Optus that the MVNOs don't provide. These include:

Optus' price freeze combined with its higher value than Telstra is a big draw for customers trying to decide between the two companies. But if you're willing to look outside the two providers, you'll find that you can get a lot more data for less by comparing your options and going with somebody else.

SPONSORED: Should you buy shares, top up your…