Opinion: The imminent death of the EOS cryptocurrency in one chart - finder.com.au

Opinion: The imminent death of the EOS cryptocurrency in one chart 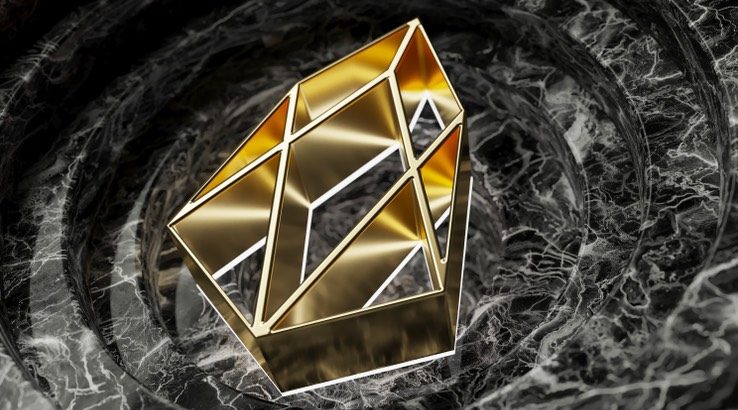 Something curious is happening to EOS's block producer vote distribution.

EOS's human-powered blockchain model encountered a lot of scepticism even before it launched as well as predictions that it would be a flop.

But EOS founders Block.one proved the naysayers wrong by raising US$4.1 billion during an uncapped, year-long and, frankly, pretty gross ICO – although it could have been considerably less if you account for potential wash trading during the EOS ICO.

It showed that an obviously broken design is no obstacle to making heroic sums of money.

This methodology continued after launch. As it was then, EOS today seems to be all about extracting profits from a doomed blockchain.

But something interesting has happened in the last couple of months. EOS block producers appear to have abandoned the pretence that EOS has any kind of future or that it's at all decentralised in favour of maximising revenues.

The chart below shows EOS block producer vote counts by rank over the last four months. The blue line is this month, the black line is last month and the green and yellow lines are July and June respectively.

As you can see, there was a radical shift between July and August 2019, and the vote count is now firmly consolidated among the top 21, with a drop-off from ranks 23 to 30.

It's complicated, but the way the EOS block producer system basically works is that the top 21 block producers have complete control over the entire network. With a two-thirds majority decision, they can freeze wallets, block transactions, make any kind of governance decision and exercise total control.

Okay, so it's not that complicated.

Once elected, a block producer's main responsibility is to maximise their profits. This is done by accruing as many votes as possible.

These profits come from EOS's built-in inflation, which grows at a rate of 1% a year. Based on the current circulating supply of EOS, this comes out to the equivalent of US$28 million per year.

The $28 million per year is distributed daily and divided in the following manner:

Each block producer's share of that second 75% block of earnings is weighted based on the number of votes they have, with a cut-off point at 100 EOS per day. So if a block producer doesn't have enough votes to earn that much, they're below the cut-off point and don't get anything.

As such, the exact cut-off point by block producer rank will vary over time. Currently, it cuts off at rank 66.

Based on this system, the profit breakdown of the EOS looks roughly something like this:

If you're an expert sociologist, you might have spotted an obscure problem lurking in this arrangement. The number of votes someone gets is determined by how many EOS tokens they have, but the vast majority of newly created EOS wealth is going to the top 21 who already have the most votes, leading to the consolidation of power.

This is exactly what's happening.

The usual arrangement, as described by former block producer EOS Tribe who called it quits after falling out of profitability, is for block producers to form blocs of around 30 where everyone votes for each other.

This system has some implications:

In the longer run, this system is also inhibiting the real growth and functionality, if you can call it that, of EOS.

The block producers are the actual network hosts and service providers, but because they're just in it for the money, their main objectives are to keep costs down as far as possible. This means no investment in the actual EOS network.

Similarly, because the backup block producers know there's no chance of ever supplanting the top 21, and that voting is purely a commercial thing on EOS, they switch off their machines and cut development efforts to save on expenditure.

Is there a solution?

EOS's founders have clutched at various straws in an effort to solve the vote-buying issue.

"Make people choose between control and profit," he suggested.

True to EOS form, this myopic suggestion was well-received by many in the community.

The first problem with this idea is that paying large token holders protection money in the hopes that they don't trash your system is not a good system. The second problem is that no one actually cares about controlling EOS beyond the profitability it may bring. The network is predominantly inhabited by bots, and it's likely that very few people will vote. Consequently, a network where it's more profitable not to vote will become extremely vulnerable to outside attack.

Meanwhile, Brendan Blumer has suggested a "one token one vote" system in the hopes of breaking the cartel, where a single token only allows for a single vote, rather than 30. While this would weaken the extraordinary advantage the EOS whales currently enjoy, it probably wouldn't do much to change the underlying system, and wealth would continue pooling to the top block producers. Plus, the extraordinary level of EOS voter apathy to date strongly suggests that nothing much would change.

Arguably, EOS was doomed before it began. No one was ever going to entrust anything important to the whims of some random token holder cabal.

The sole function of a public blockchain is to be as close to immutable and trustless as possible, while hybrid blockchains allow for the flexible establishment and manipulation of different grades of trust where needed.

EOS unintentionally targeted itself at a ridiculously specific group of customers: people who want to completely entrust something to a random bunch of whales, without wanting any kind of immutability guarantees or the ability to choose who the whales are.

Good luck with that.