Opinion: 5 things wrong with the “Keep Big Tech out of Finance” bill

At its heart, the draft aims to hand the future of digital assets to the finance industry.

A draft bill titled "Keep Big Tech out of Finance" has emerged. In brief, it details a new rule to protect financial institutions against the increasing incursion of tech companies and generally aims to do exactly what the title would suggest.

More specifically, it says the following:

It proposes a 1-year grace period for any institution that falls afoul of these rules and a US$1 million per day fine for them.

The following are the pertinent definitions for those bolded words above:

It's a problematic bill for quite a few reasons.

Opinion: 5 reasons it's a bad bill

There are at least several problems with the bill, not including the fact that it's mostly just a not-even-thinly veiled attempt to put Libra in the ground.

1. It encompasses almost all cryptocurrencies and digital assets

Just about all cryptocurrencies and digital assets are intended to be mediums of exchange, units of account and stores of value and so on. Even the so-called "utility" tokens only have utility because they also possess value.

The whole point of cryptocurrencies is that digital assets can have scarcity and value. That's what makes public blockchains work. Even if it's a centralised asset, the idea of it having calculable monetary value and a certain level of scarcity is an important and useful function.

In the future, blockchain solutions, powered largely by value-holding digital assets, will most likely be integrated at every level of every supply chain in every organisation. Lumping them together so heartily, then restricting and roping them off is not a good idea for the future of the space.

2. It arbitrarily declares that digital assets should be a finance thing rather than a tech thing

First, the bill pulls almost all digital assets under its umbrella, and then it declares that large tech companies shouldn't be allowed to touch it. In so many words, this bill is an attempt to declare that digital assets belong to the world of finance, rather than the world of tech.

Not only does it prohibit those "large platform utilities" from issuing their own digital assets, but it also says they cannot even be affiliated with a financial institution.

It's kind of funny considering how many financial institutions have been so vehemently opposed to digital assets for so long. If there's one thing recent history has shown, it's that the bulk of the finance industry cannot be counted on to disrupt itself.

Just look at how quickly the Libra whitepaper alone spurred financial institutions, including central banks, into action. The central bank digital currency ball only really started rolling because big tech is getting into finance.

Recent years have clearly proven that the finance world only moves when it absolutely has to. But this bill aims to make it so it won't have to.

3. It risks isolating the USA

It's not clear how it would be enforced beyond the boundaries of the USA, and without simply turning into some promise for tech companies not to offer their digital wares to US-based customers, which is similar to what's going on already.

Isolating its digital-asset ecosystem under the controls of traditional financial institutions would be a risky move.

Beyond stifling competition, the bill also goes out of its way to maintain the inefficient status quo by singling out online marketplaces and platforms that go directly to the public or connect people peer to peer in its definition of "large platform utility".

This actively discourages large tech companies from exploring peer-to-peer systems, decentralised networks and other elements that blockchain and cryptocurrency are all about and instead promotes the arbitrary inclusion of unnecessary layers between the institutions and the general public.

At the same time, via that "may not be affiliated with" clause, it prohibits large platform institutions themselves from being their own unnecessary middlemen.

This bill doesn't want people to buy stocks themselves. It wants people to have to go through a stockbroker for no reason.

5. There's a reason you don't need a corresponding "Keep Big Finance out of Tech" bill

What is it that makes JP Morgan's JPM Coin fine, but a Facebook cryptocurrency a bridge too far? Why is it fine for existing finance companies to get into digital assets, but not for tech companies?

Both hit that $25 billion annual revenue condition, although with almost triple Facebook's revenue, JP Morgan hits it a lot harder. And both are proposing to establish, maintain and operate a digital asset that is a medium of exchange and whatnot. But supposedly, it's the end of the world if Facebook does it, but perfectly fine if JP Morgan does.

So, if they're both doing the exact same thing, what's the functional difference between the two that makes one acceptable and the other unacceptable?

When you strip it all away, the difference comes down to this: 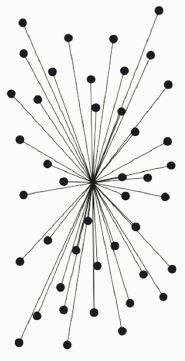 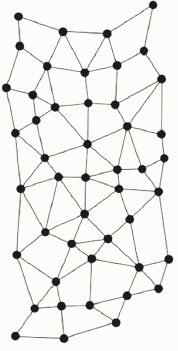 The difference is that JP Morgan is a centralised entity, sitting as a tollbooth between customers, while Facebook is more oriented towards letting people connect (and transfer value) to each other directly.

This draft bill wouldn't just apply to tech companies. Rather, it would also prevent finance companies from doing digital assets while simultaneously offering platforms or marketplaces that directly connect the public, or being an affiliate of a company that does. It's hardly a sacrifice, seeing as much of the industry depends on profitably sitting between their customers' transactions, and putting middlemen between transactions.

Whether it's buying and selling stocks via a broker or making an international money transfer via several banks, you're dealing with middlemen who would become unnecessary with a distributed model.

Facebook is a centralised entity, but it would also allow users to transfer value directly between each other. This bill aims to simultaneously enshrine that wasteful middleman model and hand the keys to the digital-asset kingdom to the legacy financial system.

If you suppress your credulity to the extent of believing that this bill is actually a good-faith effort to protect consumers rather than an effort to stamp out impending competition, there are still some more mundane questions that will need to be ironed out if it ends up going ahead.

For example, what happens if a large platform utility that operates digital assets as a part of its business model grows and then hits that impressive $25 billion revenue threshold? Even with a year-long grace period, simply giving up such a key part of its business wouldn't be a feasible option.

Plus, a $1 million a day fine isn't much for a bill targeted exclusively at businesses with annual revenue of $25 billion or more. Facebook made $5 billion in profits in the first 3 months of last year, roughly equivalent to an average of $55 million in profit per day. How high would it have to go?

Tangentially, it's probably worth noting that late last week someone wrote several anti-crypto tweets for the current US president to post. And now, from the aftermath, this draft bill emerges.

It might not be a coincidence, and there could be a lot of anti-crypto wheels now turning following the reveal of Libra.