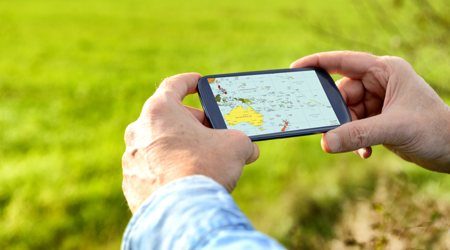 The speed and availability differences on Australia's 3 big carriers aren't as big as you might think.

The latest OpenSignal State Of Mobile Networks report shows that while Australia's general mobile network performance is highly robust and in some cases world-leading, there's perhaps less between the three big networks than you might think.

Taking some 218,574,415 measurements from 10,990 devices in Australia for the sample period of July to September 2017, OpenSignal's report draws out detail from real world users in Australia as to their experiences on Telstra, Optus and Vodafone's 3G and 4G networks.

While all the big networks have been busy preparing for 5G, they're all also busy talking up the quality of their existing networks. So how good are they?

That depends on which metric you use. On the question of 4G availability, OpenSignal declares it an effective "draw" between the big three networks, with Vodafone having a slight (but probably not statistically significant) lead over Optus and Telstra:

If it's 4G speed you crave, Telstra takes the local crown, although OpenSignal's statistical variance suggests that it's an effective draw with Vodafone in real terms:

Drop to a 3G signal, however, and it's a different story:

Combine the two, and Telstra has a narrow lead across the country, although again OpenSignal considers its network tied with Vodafone's from a statistical viewpoint:

For issues of latency (the effective "round trip" speed of a network), Telstra's 4G network is lagging a little behind both Optus and Vodafone according to OpenSignal's measurements:

As for 3G latency, OpenSignal's measurements suggest a difference, but not enough for them to declare anything but a draw across all three networks:

The vast majority of Australians live in the major metropolitan centres, but there's no clear "winner" there, with OpenSignals' results suggesting that you may want to switch networks if you move cities.

Here are the networks they're suggesting have best performance across Brisbane, Melbourne, Perth and Sydney for 4G availability, download speed and latency:

Clearly, Sydney is a Telstra kind of town.

OpenSignal's report also highlights a new measurement metric the company is using, with a distinction between availability of 4G signal and actual coverage of that carrier over a geographic area. Its new place coverage metric has been tested and measured across Australia specifically and quite deliberately.

As such, while a report might indicate a specific percentage of availability, that might not map to all the places a mobile user in Australia might happen to be.

OpenSignal's coverage metric takes the population of an area into effect when weighting coverage scores, on the grounds that there are more mobile users in a metropolitan area than, say a heavily rural one. It's here that Telstra has a noted advantage over its rivals, with 85.3% place coverage, effectively mirroring its general 4G availability. Optus and Vodafone do manage place coverage better than 80%, but not quite at Telstra's level.

In global terms, we're still doing very well, however, with OpenSignal's report noting that the average download speeds across all Australian users were typically twice that of the global 16.6Mbps average.