One step closer to driverless taxi trials in NSW 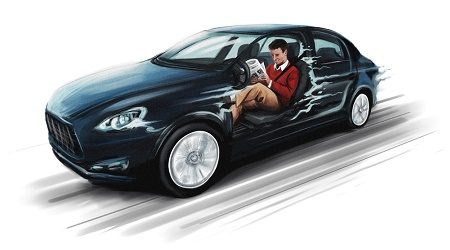 We could see autonomous cabs tests down under by 2020.

The NSW Taxi Council and the Australian Driverless Vehicle Initiative (ADVI) have partnered to research and develop plans and regulations for driverless vehicles in Australia.

ADVI is a collaborative effort of government, industry and academic organisations. Its purpose is to formulate legislation, regulations and operational procedures for the implementation of a national policy for self-driving cars in Australia.

NSW Taxi Council CEO Roy Wakelin-King understands the impact these vehicles will have on Australia's taxi industry and says it's imperative the council is involved.

"With the recent announcements by Ford, Volvo and the Singapore Government, autonomous taxis are not far away. It is likely that we will see trials of autonomous taxis in NSW and Australia before the end of the decade," he said.

However, Wakelin-King stressed that not all taxis will benefit from being driverless, keeping in mind some members of the public, such as the elderly or disabled, require a higher level of support and assistance.

"This is why drivers will still need to play a part in a world of autonomous vehicles. Their roles may be different to what they are today, but not every vehicle can be without a person to provide full customer care when it is required," he said.

"Providing choice is important when delivering taxi services and being able to order a vehicle with or without a driver is something we will want to do for our customers in the future."

While autonomous vehicles are currently only being tested on South Australian roads, their entry into the Australian marketplace may be sooner than imagined.

As part of the ongoing tests, selected residents are able to hail a free ride using the company's smartphone app. Plans are for a city-wide paid service from 2018.

A small fleet of four Uber vehicles, minus drivers, have been deployed in Pittsburgh, Pennsylvania, with the ride-sharing company ready to send out a dozen more shortly.

Google's been busy testing a fleet of self-driving cars and even computing technology giant Apple are rumoured to be entering the driverless vehicles market.