The experiment that led OnDeck to launch in Australia in 2015: “We saw a real problem” 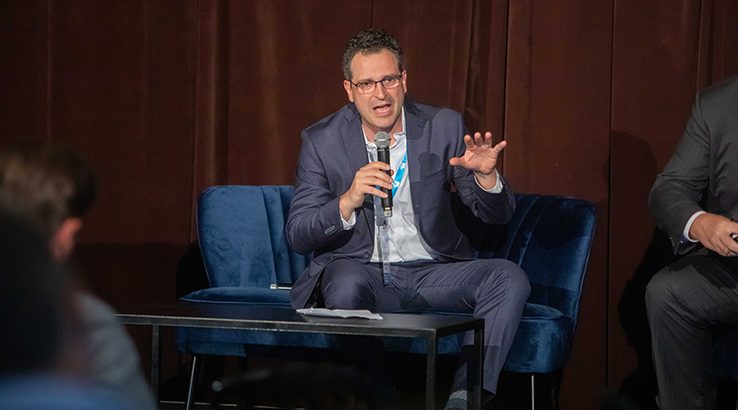 Noah Breslow at the AltFi Summit in Sydney

Issues with funding are still driving businesses to online lenders.

OnDeck launched in the US way back in 2006 when it spotted a gap in the market and brought lengthy bank business loan approvals online. And while this problem existed in other markets, it wasn't until 2014 that OnDeck expanded its operations to Canada and then to Australia one year later. So, how were these markets chosen? Noah Breslow, chief executive officer of OnDeck, explained the process, which started "six or seven years ago", at the AltFi Summit in Sydney this week.

"We actually commissioned small business owners around the world in Brazil and Europe and actually here in Australia, [when] we were looking at expanding internationally."

OnDeck's market exploration found the typical loan process in Australia took 44 days from start to finish. Breslow explained that because so many business owners tended to be declined during this process, it made it inefficient for both business owners and lenders.

OnDeck developed sophisticated credit assessment technology that allows it to assess a previously underserved section of the market.

OnDeck's technology allowed it to process these loans quickly, but it also found it could differentiate its product from what the banks were offering with a smaller loan size.

And business is continuing to grow from SMEs in these previously underserved segments.

New research from OnDeck found that one in four small- to medium-sized enterprises (SMEs) have been rejected for bank finance, and for those that did secure bank funding, 29% were negatively impacted by the time it took to organise funding.

Awareness of online lenders among SMEs is growing, however. One in five (22%) SME owners would consider applying with an online lender first and this number rises to 42% for SMEs that have been rejected for bank finance in the past.

"The majority of businesses have heard of alternative forms of credit," Poolman said. "I think it is actually growing really quickly, especially through the intermediaries as well, so through the broker network. We think that roughly 50% of people access their capital through a broker [...] and the awareness across that segment is growing significantly."

While the alternative finance space started later in Australia than in the US, it has caught up in that time. This may be because of some of its learnings from other markets, one of these being the SMART Box which was adapted from the US. The SMART Box, which stands for Straightforward Metrics Around Rate and Total Cost, allows business owners to better compare loans by showing loan information in a clear way.

"Essentially, we copied what the US had, the SMART Box, and rolled it out here. And we found it really helpful. In terms of what our sales guys are saying, it enables small businesses to compare against different products, whether it be the cost of the loan, interest rate, APR, and so on," said Poolman.

"That's informed part of the wider code of conduct that the seven business lenders signed off last year. It took ten years in the US to get to this; in Australia, we did it last year."

However, other lenders have moved quickly in this space as well. This includes the big banks. In June 2016, NAB launched a small business loan, QuickBiz, to compete with lenders such as OnDeck. It was unsecured and targeted small businesses borrowing under $100,000. While Poolman says that the market can always change and other banks may move into the space, he believes OnDeck has various advantages.

"This is all we do. We don't do mortgages; we don't have credit cards; we don't service big business. We just focus on the small of SME. And we do it really really well. And we've been doing it, in the US, for 12 years. And our models – the OnDeck score – that assess the health of a small business, are significantly more sophisticated than anyone else. So I think that we have a fair head start there."