On The Rails Day 1: Westward ho to Warrnambool 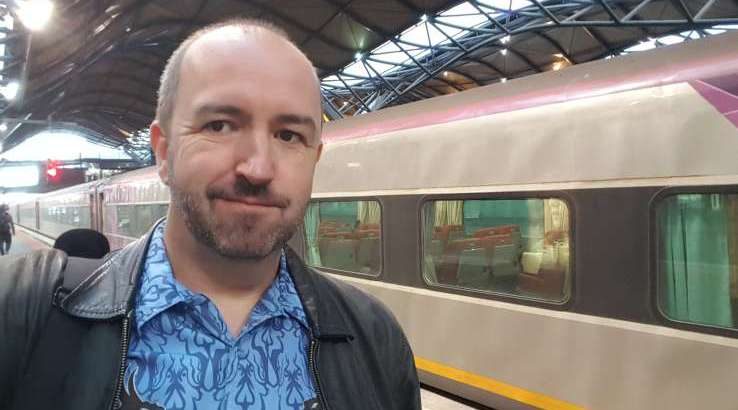 Battery blowouts, timetable tweaks and an unexpected ally haunt my first working day on the road.

"I decided to go in first class and get some work done, so I didn't have to try and balance my computer on my lap." Thus proclaims a woman in my carriage into her phone as we wait to depart Warrnambool, thereby proving that I'm not the only person in the country trying to treat a country train as an office.

I'd be happier embracing her as a fellow traveller if she hadn't then proceeded to conduct a video conference call without headphones. Yes, it's not technically a quiet carriage, but that's just rude, not to mention indiscreet. 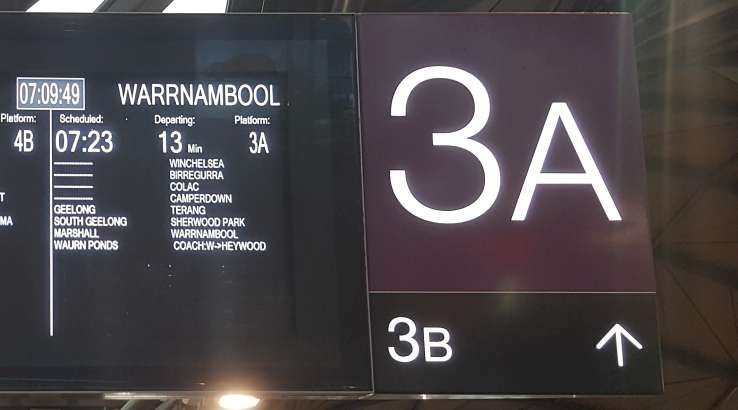 Very pleasant and not at all crowded, which is pleasing considering Victorian school holidays are on. To be fair, I'd decided to splurge on a first-class seat since it was only $16.80 more than the standard-class return fare. There was one passenger who confused the train's departure time with his seat number leading to a minor kerfuffle and an angry family who barged into the reservations-only A coach at Geelong before the guard explained they could only sit in car C, the unreserved car.

That aside, I had two seats to myself in both directions, and a curtain to draw when the sun blotted out my screen. The tray table is big enough to comfortably fit a laptop. Like NSW trains, it has a drink holder hole, but unlike NSW trains, that doesn't get in the way. The one thing I missed was a centre armrest, which would have been a more pronounced nuisance if anyone actually sat next to me. 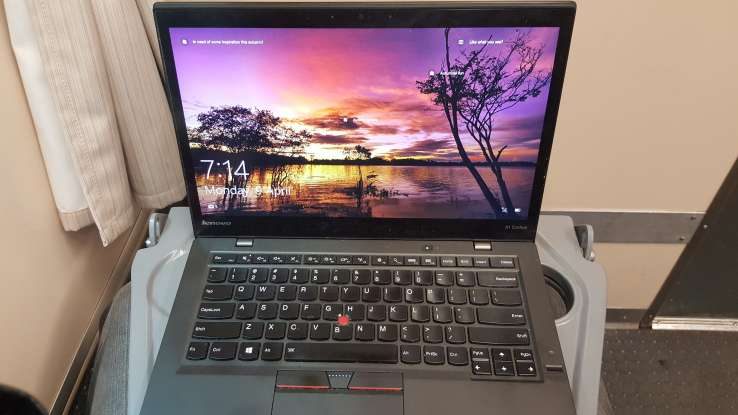 Something unexpected I noticed: there was actually a power outlet next to seat 56, just across the way from me. Handy to know if you are booking a seat, though this will only work well when seat 56 is the front seat of the carriage – when the train reverses, the seat faces the other way and people cheerfully stuff luggage into the space in front of the outlet, blocking access.

Something else to note: the timetable to Warrnambool is somewhat elastic in terms of intermediate stations because the maintained line is single-track most of the way. After dropping passengers at Camperdown, we reversed out of the platform and then pulled into the adjacent siding, so that the eastbound train could pass us. The guard assured us that this was built into the timetable, but by the time we reached Terang (the next station), we were 22 minutes behind. However, despite that, we still landed in Warrnambool just 2 minutes past schedule, leaving me enough time to race downtown for a quick meal before the return journey. 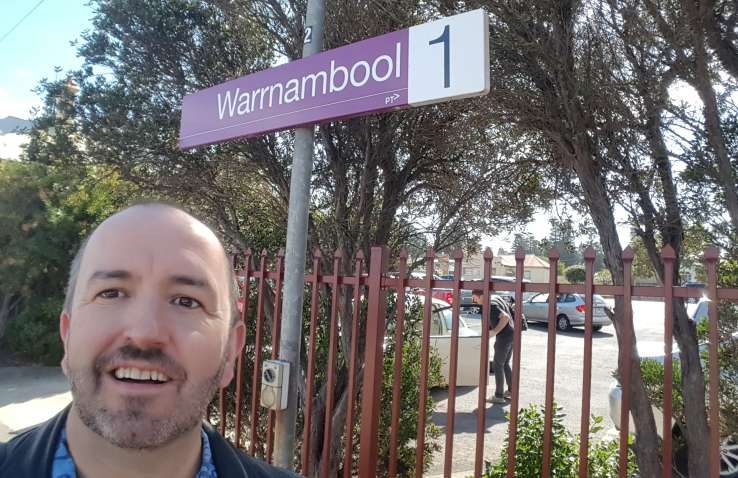 On a scale of 1 to 10, I'll give myself a 7.5 (because there's always room for improvement). Mobile signal was strong throughout, the tray table is plenty big enough to work at, and I powered through the various chores that make up my day. I didn't get through one major document I'd hoped to conquer, but three unexpected tasks came up, so I'll call it a draw. 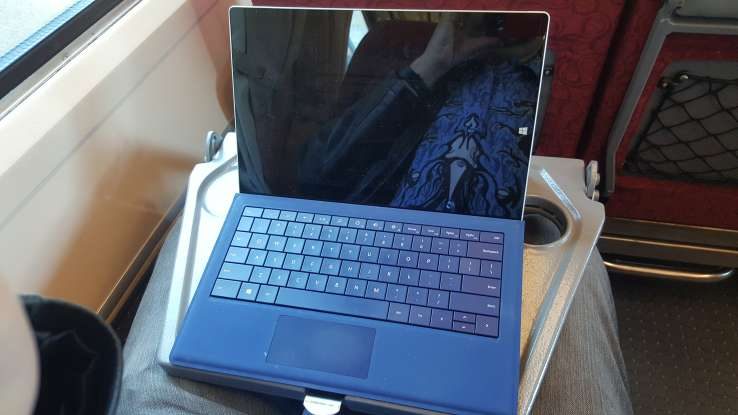 As I suspected, battery life might prove to be my biggest challenge. My main ThinkPad lasted neatly for the journey to Warrnambool, but my backup Surface didn't quite last on the way back. More tellingly, it claimed I had 30 minutes left and then suddenly died, presenting me with an utterly blank screen without even enough warning to make sure Dropbox had synced properly. I'll have to be more cynical in future, if that's remotely possible. For today, I shifted to my backup tablet but that's nowhere near as good for writing.

Up next: Tomorrow, I'm venturing north to Shepparton. It's a shorter trip so, paradoxically, I'm hoping to get more done. We'll see. 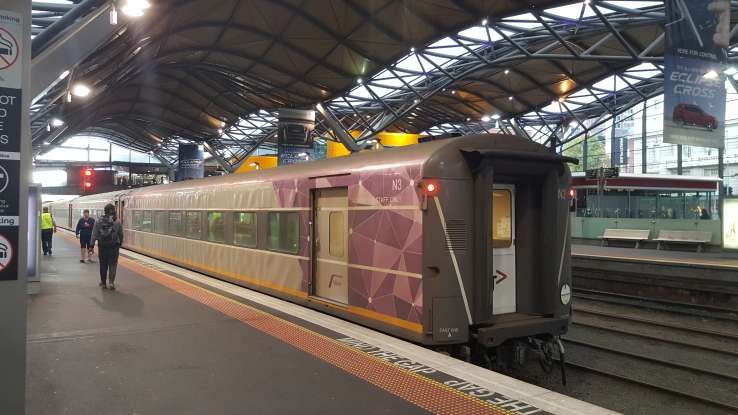