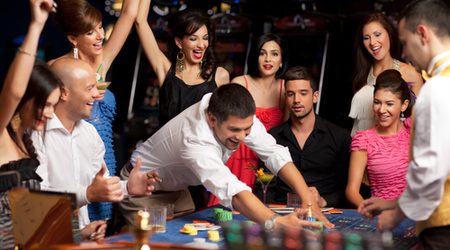 The odds on one bitcoin being worth more than a single Berkshire Hathaway share by 2023 are apparently 141 to 1, according to bookmaker Tom Waterhouse. He said on Twitter that he fielded a request for an $8.5 million bet, to pay out $1.2 billion if correct.

Those might be pretty good odds for any bitcoin true believer who can't get enough money, coming out well ahead of the approximately $350 to $400 million you'd make from buying $8.5 million of bitcoin today and hodling to $280,000.

How are the odds?

The reason for using Berkshire Hathaway's share price is because the founder Warren Buffet and others in the company have taken an exceptionally hostile view of bitcoin, despite admitting that they don't know much about it.

If the bet even happens, it's not clear whether it's based on BH's current share price, or its price in 2023. This might make a significant difference and for an ardent futurist, the latter might seem like a much safer bet for a few reasons.

Firstly, Berkshire Hathaway is well known for being an exceptionally careful investment firm, with Buffet describing the strategy as a sit and wait game.

"The trick in investing is just to sit there and watch pitch after pitch go by and wait for the one right in your sweet spot," he once said. "And if people are yelling, 'Swing, you bum!', ignore them."

At the same time, Buffet is only interested in landing the big fish that can actually materially change the picture for a giant like Berkshire Hathaway. According to the Omaha World Herald, the minimum requirements are a purchase size of at least $5 billion, and that companies must have a record of earning at least $75 million a year in pre-tax earnings. This rules out a lot of promising options. At the same time, his aversion to tech companies is well-known, which increasingly limits options as time goes by, and tech companies make up a larger portion of the market.

Someone gambling on "Internet 4.0" in the form of blockchain and crypto technology might see Berkshire Hathaway heading towards something of a dead end by 2023 unless strategies change, and might be gambling as much on bitcoin price increases as a rocky road for Berkshire Hathaway.

It might have already been causing some issues, with BH cash holdings just growing and growing over time. This is partly a testament to just how much money the company makes (some $1.5 billion a month) but equally a worrying sign for the shareholders who might be concerned with the company stagnating and losing touch with the markets, choosing to sit on a depreciating pile of billions of dollars even as tech companies are booming and delivering sizable returns.

It's hard to shake the feeling that Buffet could be doing more with Berkshire Hathaway's money by casting a wider net, especially as crypto and blockchain companies expand in the future. And, not to put too fine a point on it, the guy's getting up there in years. A lot of things might negatively impact BH share prices in the next five years.

On the other hand, it can just use its monumental cash reserves to buy back shares if the price does start declining, and Berkshire Hathaway's diverse grip on all its value-producing investments certainly aren't going anywhere in the very near future.

Bitcoin is really going to have to go to the moon for that bet to pay off, and it's really hard to imagine bitcoin growing at its current pace for five years. 141 to 1 might be a fair bet.

This isn't the only long-running bitcoin price bet though. John McAfee has a similar bet going, for $1 million bitcoin by the end of 2020, and his stakes are much, much higher.