nVidia on bringing the GTX 1070 Ti to notebooks: “We could definitely do that.” 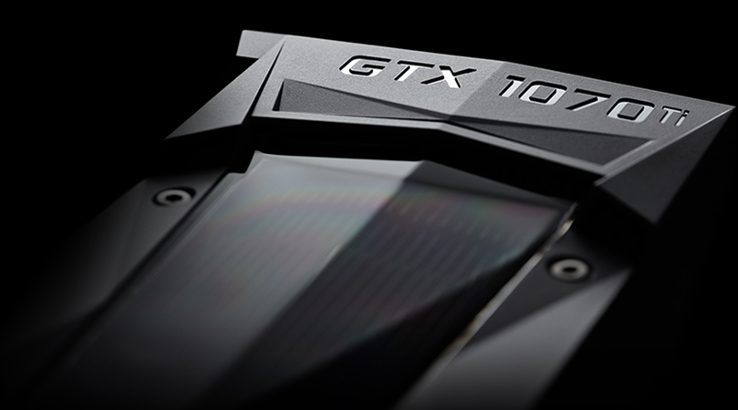 From a technical perspective, there's nothing stopping nVidia from redesigning its latest graphics card for on-the-go gaming.

After countless rumours and speculation, nVidia finally officially announced its highly-anticipated GTX 1070 Ti graphics card line at midnight last Thursday. 10 hours later at the kickoff of PAX Australia, the company had PCs running the new card out on the show floor, there for people to take for a spin with games like Destiny 2, Final Fantasy XV Windows Edition and Middle-earth: Shadow of War.

Behind closed doors, we were treated to a closer look at the card itself and a chance to chat with nVidia's management team on what the 1070 Ti has to offer.

Unsurprisingly, the GTX 1070 Ti sits between the regular 1070 and the GTX 1080, both in terms of price and performance. Like the 1070, it comes with 8GB of GDDR5 RAM running at 8Gbps, which does place a limit on its overclocking capacity when compared with the 1080 and its faster GDDR5X RAM. Nevertheless, nVidia is promising noticeably improved performance over the vanilla 1070, as well as up to 2x the performance of last generation's popular GTX 970.

Along with the 1070 Ti, nVidia also showed off a number of other products, including the slick Acer Predator X27 gaming monitor which boasts a 4K resolution, a 144Hz refresh rate, and support for both HDR and nVidia's trademark G-Sync technology. Up close, the screen looked spectacular, with a crisp, bright picture exemplified by the gorgeous Destiny 2 and the imminent Windows version of Final Fantasy XV. The HDR support in Destiny 2 was especially impressive, highlighting the increased level of fidelity achievable in both light and dark environments thanks to the wider range of brightness HDR affords.

nVidia also gave us a rundown of the latest laptops supporting its Max-Q design GPUs. These GPUs are the closest mobile approximations to desktop GPUs the company has yet developed, delivering performance within 5-10% of their bigger brethren while being sufficiently small, quiet and power-efficient to fit the incredibly-thin laptop form factor.

Seeing both the Max-Q laptops and the new GTX 1070 Ti side-by-side got us thinking: did nVidia have any plans on giving its Ti graphics card line the Max-Q treatment, too? With current gaming laptops limited to the 1060, the 1070 and the 1080, we asked nVidia's Senior PR Manager Bryan Del Rizzo whether the company had given any thought to shrinking down the 1070 Ti.

Despite having the technical expertise necessary to do it, though, Del Rizzo doesn't currently see much reason to bring the 1070 Ti to Max-Q.

If you're interested in the desktop version of the 1070 Ti, however, you'll be glad to know it's not far off. The GTX 1070 Ti is set to hit Australian retailers on 3 November, with both nVidia-branded Founders Edition cards as well as cards from partners like MSI and Asus available for $759.00.