Complete Nvidia Ansel guide: All the games and graphics cards that support it

We break down how Nvidia's screenshot tool works and how to make the most of it.

What is Nvidia Ansel?

With an array of options provided and the ability to reposition your camera, you can easily choose what you capture.

How do I use Nvidia Ansel?

If you have the latest Nvidia drivers (you can download them through GeForce Experience or Nvidia's website) and a supported graphics card, using Ansel is relatively easy. Once you're in one of the supported titles, you can click ALT+F2 simultaneously to launch Ansel on top of your game screen.

Once in the Ansel menu, you can adjust the main settings such as field of view, enabling or disabling the grid of thirds, beta image enhancement, brightness, contrast, camera angle, positioning and more.

Once you have adjusted the settings and the camera placement, click "Snap" for Ansel to begin capturing your masterpiece. This can take quite some time, especially if you're using the highest super-resolution image.

It's best if you leave Ansel to do its thing while it's taking the picture. Sometimes your game can completely crash and exit if you leave the game tab. It is worth noting that this only happened to me in Watch_Dogs 2, but it might occur in other cases as well, so it's better to be cautious.

If you press ALT+F2 again, hit escape or click "Done", it will close the interface. 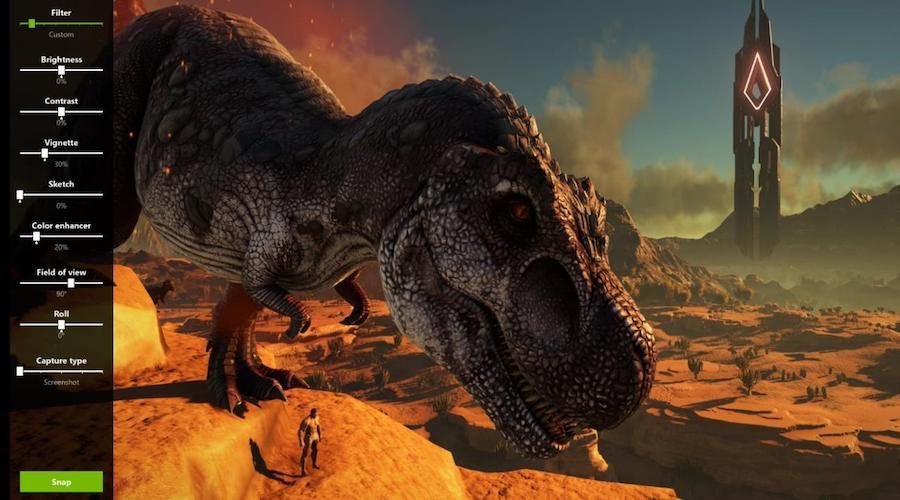 Screenshots: Nvidia Ansel's screenshot tool is like any other screenshotting tool, such as the one built-in to Steam. Ansel's regular screenshots don't do the software any justice and look softer than they should.

Super Resolution Screenshots: These screenshots are the key to Ansel. Super Resolution Screenshots allow you to choose your resolution in increments along a slider up to a resolution of 63360x35640, 33 times Full High Definition (this value can be tinkered with outside of the app so that it's even larger!). This absurd quality means you can take a photo from one area and completely adjust what is in frame in editing, without making the image look blurry. It also means these files are massive, so make sure you have adequate space on your drive.

360 Degree Screenshots: Ansel allows you to take two different types of 360-degree screenshots, regular 360 degrees and 360-degree stereo screenshots. These images give a more immersive view into the beautiful worlds that are present in today's games.

Ubisoft was initially one of Ansel's big supporters with three massive titles toting support for the new software. Assassin's Creed: Origins, a prime candidate for Ansel support, included its own photomode. 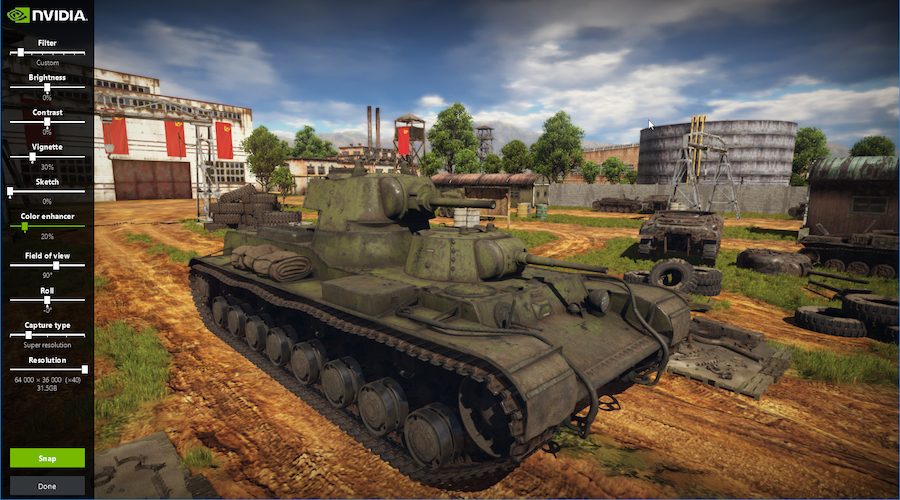 In a response to finder's query, Ubisoft's Assassin's Creed: Origins team told us the reason they used an in-house solution was because "we wanted the feature to be universally accessible for all players."

The idea of Ansel is great and the community surrounding the art that is in-game photography is strong and ever-growing. People really enjoy sharing their creations with the community, or just keeping them for themselves to enjoy. Photo modes present inside games are here to stay for the foreseeable future, but whether Ansel will evolve with the industry and stay current or become irrelevant is something we've yet to see.

Ansel is fairly future-proof in the sense that it can already handle much larger resolutions than what is typical today, and this makes for fantastic and rich photos that are far ahead of other solutions, such as the built-in Xbox screen capture tools and the new photo mode in Assassin's Creed: Origins.

Here is a complete list of all Nvidia Ansel games (as of the time of writing).

What graphics cards are supported?

Here's a complete list of all of the graphics cards that are supported by Ansel.

Strong 4K performance and a slate of promising new technologies make the RX 6800 XT the most exciting addition to AMD's line-up in years.

The RX 6800 is a significant step forward for AMD graphics cards, but it's not quite enough to take the crown from Nvidia.

Does your PC need a graphics boost? Read our guide to the best sites to buy a new Nvidia or AMD graphics card online.

Looking to upgrade your gaming PC with the latest mid-range graphics card? Then you need the GeForce RTX 3060 Ti. Here's where to buy it in Australia.

Jack Baker is a regular contributor at Finder, covering a wide range of technology and gaming issues. He's especially keen on PC gaming hardware and peripherals and Android phones, and he's always hunting down the best deals.