There is a near-endless array of choices in the true wireless earbud space. No doubt countless overseas factories are preparing even more as I write this sentence.

The issue with many true wireless buds is that there is only so far you can push details like battery life and driver size within their physical constraints. This rather inevitably leads to a degree of uniformity in design and features.

Just as it did with the quirky but not always comfortable Nuraphone headphones, Nura's Nuratrue true wireless buds try something a little different.

That's not unique in the sense that the Nuratrue earbuds will sound different to other true wireless buds.

In theory, they'll sound different to every single wearer of a pair of Nuratrue earbuds as well. 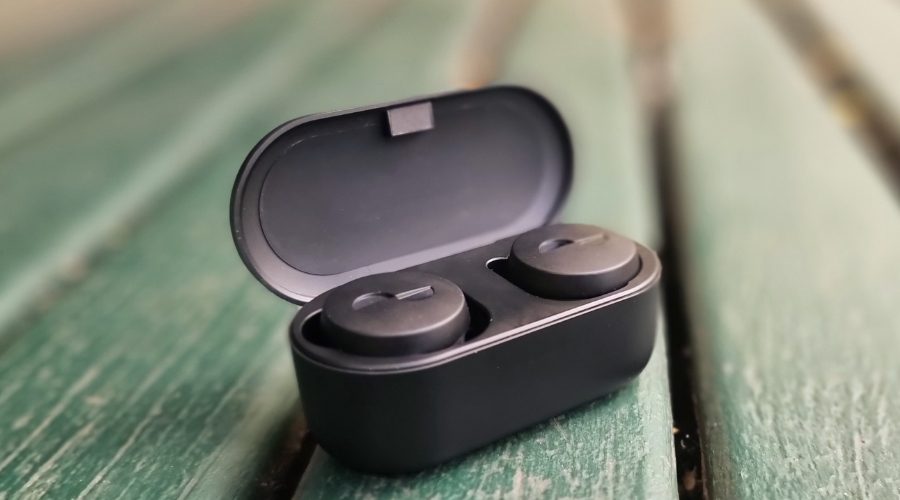 The Nuraphone headphones that are Nura's flagship product are full over-ear headphones with ear nubs within. This gives them a very unique feel in the ear.

When I reviewed them, I found them uncomfortable after only a short period of use.

That meant that when I was unpacking the Nuratrue earbuds, I had some paracetamol on standby.

I need not have bothered, because where the Nuraphones used that unique design for specific audio purposes, the Nuratrue buds are much more in a classic true wireless style.

You get 2 circular buds with only the lightest of markings on them to differentiate the right and left buds. That does make picking them correctly harder than it should be. It's made worse by the fact that they use black embossing on a black earbud.

It's all very Disaster Area, and not always easy to discern if you're not directly lifting the Nuratrue buds out of their case. 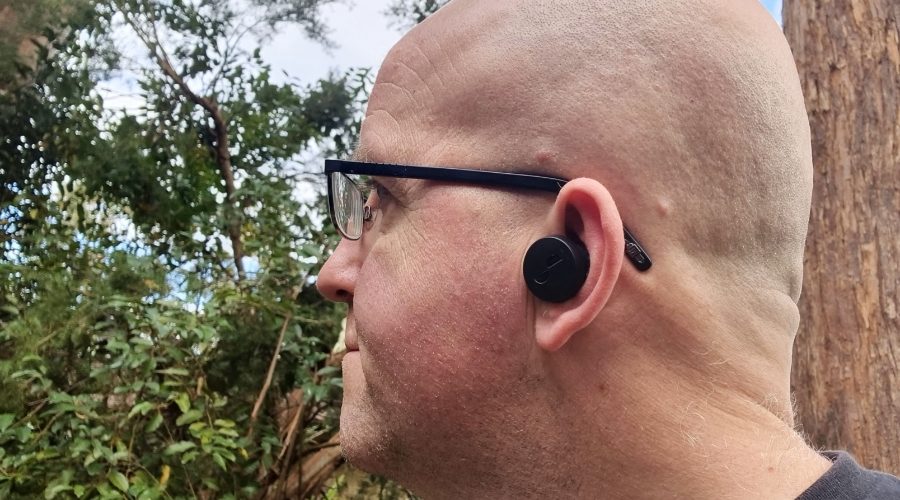 The Nuratrue earbuds sit at the more premium end of the pricing scale for True Wireless headphones. You wouldn't necessarily pick that from either their design or feel in the hand. The circular disc that forms the body of each bud both looks and feels a little cheap.

I can forgive the design not feeling that inspired. The one big upgrade between the Nuratrue earbuds and the Nuraphones is in comfort.

Where the Nuraphones dug into my ears painfully over time, I've had no such concerns when testing out the Nuratrue earbuds.

The same light plastic that makes them look less than premium makes them very light. That leads to a very comfortable listening experience, even after several hours.

In common with most wireless buds, the external surface of the Nuratrue buds are touch sensitive panels.

By default the left bud controls the noise cancelling/passthrough features and voice assistant, while the right answers calls, handles play/pause and skips tracks. 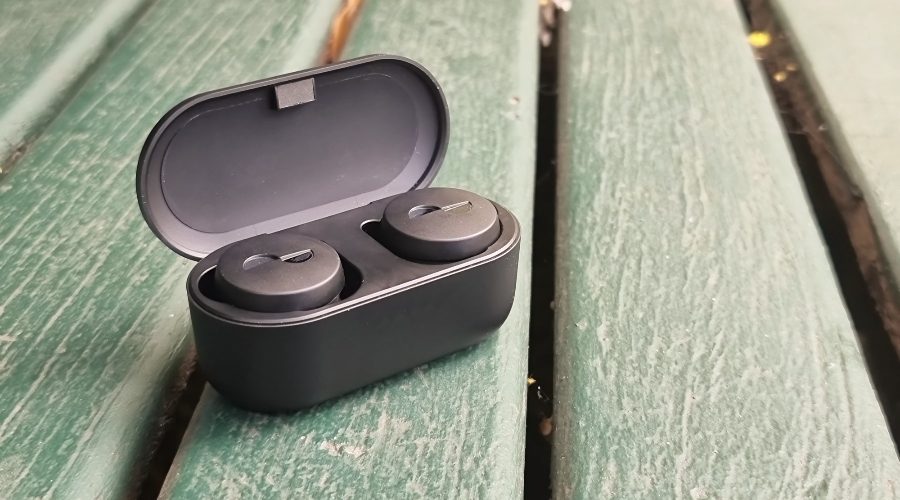 What's missing there, although not entirely absent, is inbuilt volume control. You can set any of the single or double tap actions to volume if you wish, but only by sacrificing other functions. Given the size of the Nuratrue's external discs, it feels like a waste that it can't manage sliding volume touch controls.

Another design improvement over the Nuraphones comes with the way that the Nuratrue earbuds charge up. While they use a simple magnetic clasp case, just about the same as any other true wireless buds, they charge over USB C with a supplied cable and your own charger.

This is a nice upgrade over the Nuraphones, which used custom cables only. Standards are quite useful in this space, because you can easily add electrons to the charging case from any phone charger with ease. 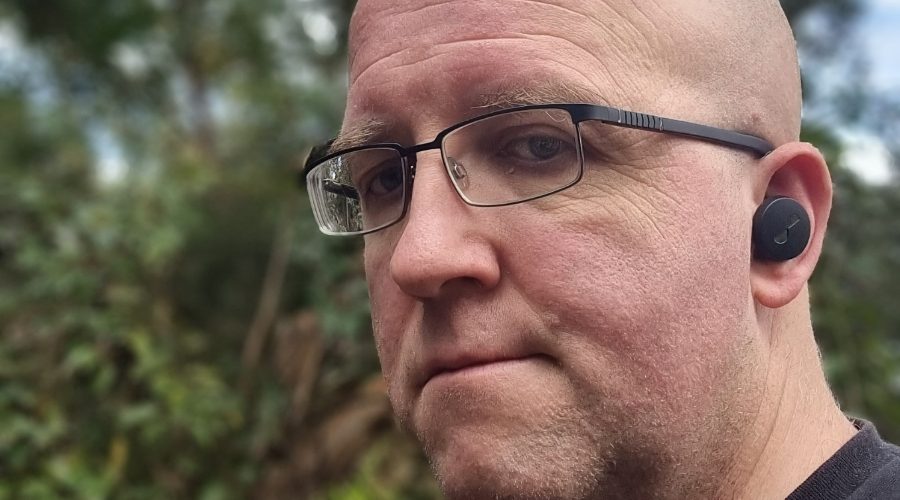 The key pitch for the Nuratrue earbuds lies in the custom algorithms that Nura puts into its software for its headphones. This isn't just a fancy way of saying "equalisation" in the same way that other premium makers manage their headphone drivers… sort of.

Where Nura differs is that it uses an app based approach to not only pairing the Nuratrue earbuds, but then also conducting what's essentially a brief hearing test over a couple of minutes to build up an audio profile based on your ears and the echo test it runs.

You're then presented with a sample audio track that you can set to your personalised profile level, complete with a fancy coloured sound cloud, or to a neutral setting. To the surprise of nobody the personalised setting is likely to sound a lot better.

Then again, you're actually better off running that test with music you're more familiar with to get a better feel for how the Nuratrue actually manages its audio balancing.

That's especially true given the immersion mode slider which gives you an effective bass level control. The Nuratrue earbuds aren't the most bass-heavy headphones I've ever tested. Or at least, my own personalised profile doesn't suggest that they're particularly bass heavy, anyway.

That does highlight one issue with testing and reviewing the Nuratrue earbuds. Its optimisation is quite personal, and what I get out of the Nuratrue buds could be quite different to what you get.

To test out the Nuratrue's audio chops, I tested with the personalised sound profile enabled. Realistically, nobody buying them isn't going to use its signature feature. From there, it was time to get into the music.

Prince's "Welcome 2 America" displayed great tone around the opening bass lines without losing some of the smaller vocal elements underlying that particular track. 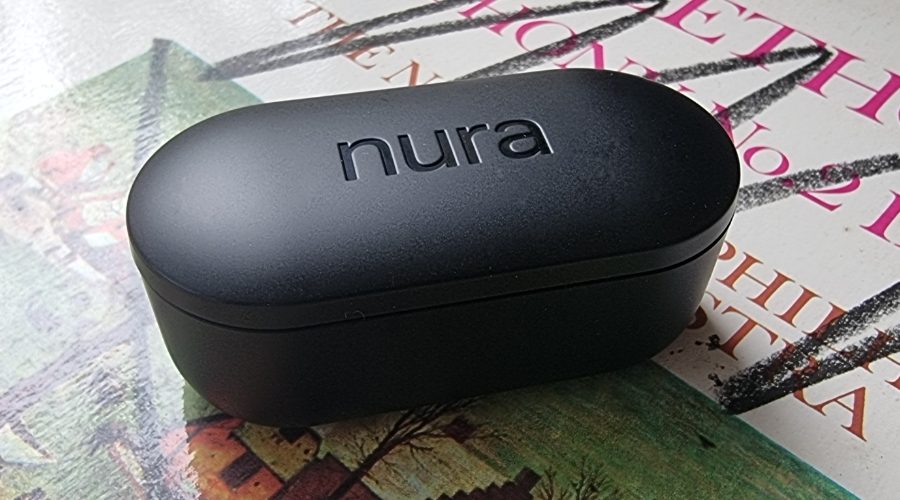 Switching to something with more of a big band/vocal feel, Shirley Bassey's classic "Goldfinger" showed off her vocal range very nicely, hitting the trumpet highs without losing the vocal detail.

The Nuratrue earbuds aren't the most bass-heavy headphones, but they managed a good level of low representation when playing back Deep Purple's "Smoke on the Water", picking up the primary guitar across both ears. For that track, a higher level on the immersion slider is definitely recommended.

The Nuratrue earbuds do offer a level of noise cancelling, although not quite to the level that you'd get with the full over-ear Nuraphones. A single left bud tap switches between noise cancellation on or off, or as Nura puts it, "social" mode. Here you don't get anywhere near the audio nuance of some sets of noise cancelling buds. The Nuratrue buds are either on with decent immersion in your music, or off with much quieter audio and passthrough from the embedded microphones. The Nuratrue are larger than many competing buds, but Nuratrue's claims around them are still rather modest.

That feels like a pity, because the larger size of the Nuratrue buds could have led to more battery capacity.

The Nuratrue earbuds promise up to 6 hours of playtime and 3 charges from the case for a total of 24 hours of playback time.

That's almost exactly what I got out of the Nuratrue earbuds in my tests as well. This places them dead set in the middle of the range against similar headphones. The issue here is that cheaper buds can manage that kind of battery life as well.

Should you buy the Nuratrue earbuds?

The Nuratrue buds are a huge improvement over the Nuraphones, even though at a driver and technology level they might be something of a sideways step.

They're far more comfortable to wear over time than the Nuraphones. No matter how sweet your sound is, nobody is going to want to wear them if they hurt you.

The nice personalised sound does have to be balanced against their look and battery life. Battery life is fine, but it's not best in class for premium headphones, and the look is rather plain.

If you're after more from Nura, here's our full review of the Nuraphone.

And if you're looking for other wireless nosie-cancelling earbuds in the price range, we have also tested the JBL Live Pro+ TWS. 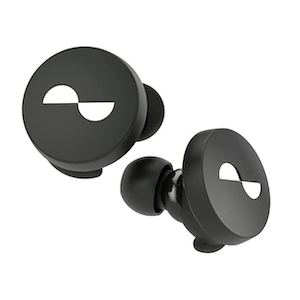 The Nuratrue earbuds were tested over a 2-week period to assess audio quality across a range of genres, as well as the noise cancellation and personalisation features and overall battery life expectations.