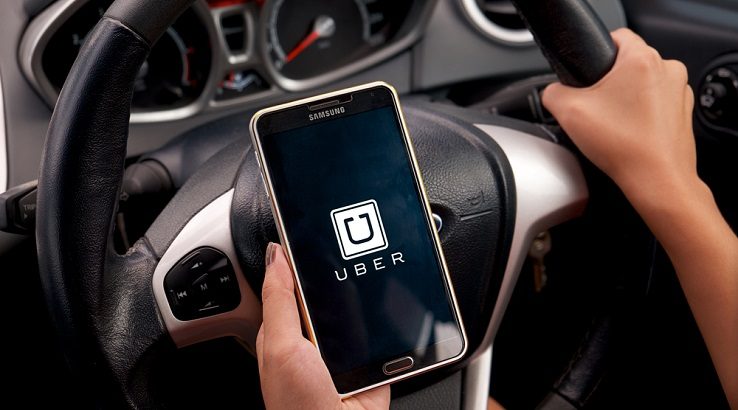 Many drivers are concerned.

An Uber spokesman has confirmed changes to NSW laws to be implemented 1 November 2017 for Uber and other rideshare drivers to display special stickers on their vehicles.

"As part of ongoing regulatory reforms, the New South Wales Government will require rideshare drivers to display stickers on vehicles from 1st November. We’re working closely with Transport for NSW and drivers to implement the new requirements," said the Uber spokesperson to AltMedia.

What Uber drivers will need to do

If you're currently an Uber driver, your sticker should be arriving in the mail around mid-October. You should make sure Uber has your current postal address to ensure it arrives on time. This sticker needs to be placed on the driver's side rear window. It's designed to be reusable, so you can apply and remove it each time you go online and offline.

If you're already signed up you should generally be able to keep driving as usual without any disruptions, other than the sticker. If you're thinking of signing up, or are currently in the middle of the Uber signup process, then there might be some changes to the procedures from about mid-October onwards.

What the new law says

The new legislation affects both taxis and Uber drivers. It's generally designed to raise standards of "point-to-point transport" across the board, for both taxis and rideshare cars.

The idea is to clearly differentiate between hire cars (like Ubers) and taxis. It says that hire cars must be appropriately marked and also specifically prohibits hire cars from having taxi markings. It also draws a more clear distinction between taxis that cruise around looking for passengers and hire cars that go to pick up specific passengers for a specific trip.

(1) A hire vehicle that is being used to provide a passenger service must not be painted or marked, or have signs or lights that:

(2) The driver of a hire vehicle (other than a motorcycle) that is being used to provide a passenger service must ensure that a retroreflective sign is displayed on or attached to the vehicle that:

(3) The sign may be in the form of an identifying logo or other business identification.

Objections to the changes

...we'll be a bigger target for rogue taxi drivers."

Some Uber drivers have said that being identifiable will make provoke different forms of harassment, from taxi drivers, police and passengers.

Speaking to AltMedia, Mark, an Uber driver of two years said: "I think we’ll be a bigger target for rogue taxi drivers. I’ve had a few threatening incidents where I’ve been verbally abused or followed by taxi drivers. They were completely random and intimidating."

"I knew a fellow Uber driver who was parked behind the casino, and three taxis parked around him, in front, behind and to one side, boxing him in," said Alan, an occasional Uber driver in Queensland.

...RMS inspectors and police are likely to target us more.

Drivers also have worries about being increasingly targeted by police and NSW Roads and Maritime Services (RMS) authorities. Legally, Uber drivers still don't enjoy the same advantages as taxis. They can't drive in bus lanes and don't have any dedicated pickup or drop off zones the way taxis do. Rideshare drivers are still not allowed to use taxi zones.

"Only licenced taxis can pick up customers from taxi ranks or be hailed in the street. Existing arrangements will continue with regards to bus lane access for taxis," confirmed a Transport for NSW spokesperson.

"I believe RMS inspectors and police are likely to target us more. In the city with drop-offs and pick-ups, a lot of places to pull over are illegal. The CBD is full of no stopping zones and there are few legitimate parking areas to pick up passengers. Now that we have identifying decals, police will likely enforce the law more strictly if they see us stop to pick up a fare," said Paul, a former taxi operator who switched to Uber driving.

...see if we want to do a cash job instead of booking through the app."

Drivers might also have another reason to be wary of passengers.

"Patrons who are keen to get home and see an Uber decal will more likely approach and see if we want to do a cash job instead of booking through the app. Even though it is illegal to do that, I suspect it will increase," explained Paul.

Despite the potential downsides, clear identification for Uber drivers might be a necessary step towards eventually finding a way for rideshare cars to get the same advantages as taxi drivers.

It's also worth noting that this legislation isn't just for Uber, and rideshares aren't the only hire car services. There are plenty of hire car services in operation, and motorists might be seeing a lot more brand logos on cars around Sydney from 1 November.

Clear markings for hire services and taxis and clearer differentiation between the two among members of the public is probably going to be a productive step forward for all sides.

However, Uber is still considerably cheaper than taxis, even after taking into account surge pricing and price rises over time, and the flexibility of being able to earn some extra money on the side as an Uber driver can't be overstated.

But in a few years time, it might not make much of a difference either way. Both the Taxi Council of NSW and Uber are looking forward to going near-driverless with tests in Australia starting by 2020.