Quick verdict: The Nokia 3.4 is an affordable Android phone, and the inclusion of Android One means it has the potential to improve over the years. We hope it does, because at launch, the Nokia 3.4 is mediocre. 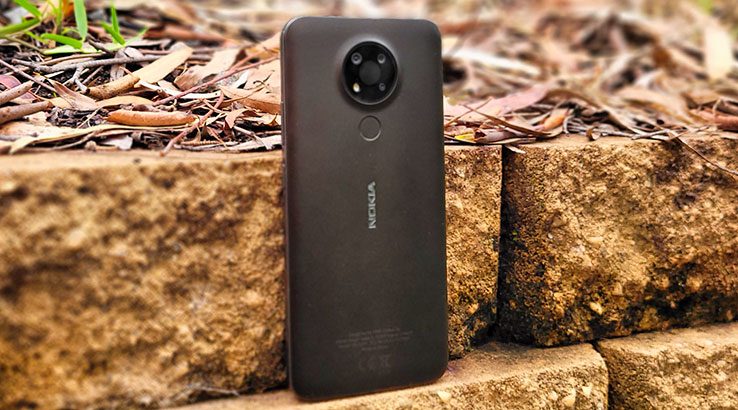 The Nokia 3.4 comes with a 6.39-inch 720x1,560 pixel LCD with a single holepunch camera located at the top left. That's a design style we've seen across a lot of budget phones this year, and it's certainly not unusual for manufacturers to offer up cheaper handsets with sub-1,080p displays.

HMD Global's made a lot of use of Nokia's classic design language across many of its handsets, giving them something of a luxury feel. That's not really the story for the Nokia 3.4, which leans heavily into its budget roots. There's a choice of just two colours, "Charcoal" or "Fjord". Charcoal as reviewed is, as you'd expect, basically just a dark grey tone, while Fjord is a greenish blue tint.

Many budget and even mid-range phones with plastic backs have opted for an emulating-glass style glossy finish, but instead the Nokia 3.4 goes for what HMD Global calls a "nano-textured" rear cover.

Or in simpler terms, a matte plastic that feel distinctly cheap under your fingers. It almost feels like the Nokia 3.4 might have a removable back, but that's not the case. What you will find around the back is a fingerprint sensor located just underneath the camera ring. It's not particularly fast, although I didn't have too many issues with actual fingerprint recognition during my review period. 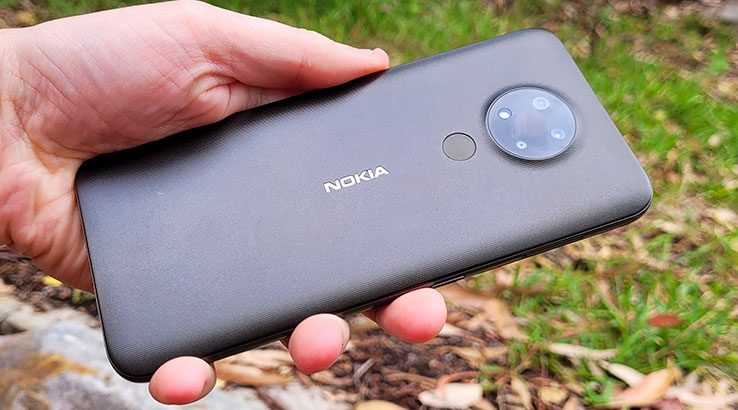 The circle of lenses on the Nokia 3.4 certainly looks impressive for a phone in this price range, but it's largely an optical illusion. There's a primary 13MP sensor, a secondary 5MP ultrawide sensor, and then a 2MP depth sensor and flash module hiding there, and you only ever shoot with the primary or ultrawide sensors in any case.

Switching between the two is achieved by an easy-to-tap selector that uses a trees metaphor to display wide or regular view, but you'll need plenty of patience if you do want to flip lenses. The wait to switch lenses can take several seconds, which could be quite problematic if you're after a fast action shot or your scene is changing rapidly.

The Nokia 3.4's overall camera performance was never going to be spectacular – this is a budget phone after all – but even within that category it's a pretty ordinary competitor. Shots are slow to take, focus is hard to grab and overall colour representation isn't great. You do get additional features like a night mode, but its results are often incredibly noisy and dim, and rarely worth your time.

Now, if this was a couple of years back when budget phones were universally awful it'd actually be OK. If you're coming from a budget phone with a few miles on the clock you'll find the Nokia 3.4 an upgrade.

However, the issue is that competition from the likes of realme, Oppo, Huawei and Samsung has considerably upped our expectations even for budget phones, and the most Nokia can manage for this phone is a camera setup that's at best average. 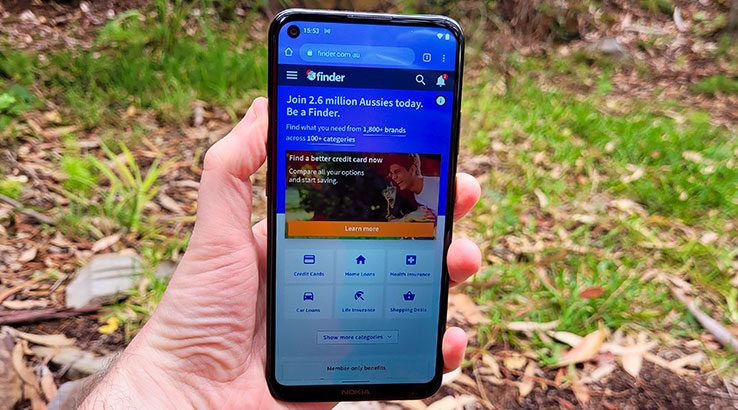 The Nokia 3.4 runs on a Qualcomm Snapdragon 460 with 3GB of onboard RAM and 64GB of onboard storage, expandable via microSD card. That's a recipe for a smartphone that's decent within its price range without being particularly exceptional. You certainly see that play out when you benchmark the Nokia 3.4. Here's how it compares against a range of budget competitors using Geekbench 5's CPU test:

It's not that surprising that the Nokia 3.4 doesn't score highly in these tests, given its asking price, but it is a touch disappointing that it's outpaced by much of its competition. You very much do see this in real world usage, especially if you're moving between apps. That 3GB of RAM fills up quickly, and you'll often be left waiting for apps to load or switch as a result.

The one silver lining here is that the Nokia 3.4 is part of the Android One program, similar to most of HMD Global's smartphones. That means you get a relatively clean Android experience, but also a guarantee of at least 2 years of Android OS upgrades, and 3 years of security upgrades. The Nokia 3.4 is therefore assured of an Android 11 and Android 12 upgrade in the years to come.

Those upgrades might help it make more of its meagre resources, but for right now, the Nokia 3.4 is a slow handset. 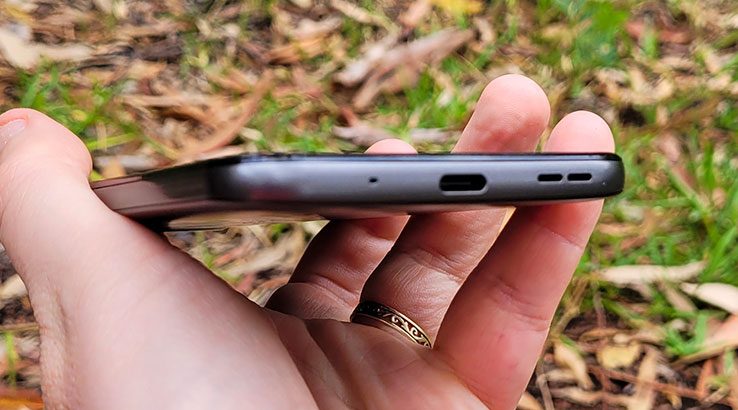 The Nokia 3.4 runs off a 4,000mAh battery, which is only moderate even by budget phone standards. Nokia's claim is that it's good for up to two days of usage. As with any such claim, it's going to depend on your usage.

To test that, we run every phone through our video streaming test, looping a YouTube video at maximum resolution – in the case of the Nokia 3.4 that's 720p – for an hour at maximum brightness and moderate volume. Typically speaking, phones that can manage to retain at least 90% of their battery under that scenario have good odds of making it to a second day of usage before running out of power.

That 90% remaining figure really does put the Nokia 3.4 on the edge when it comes to battery endurance. It's feasible to hit into that second day figure if you're only using the Nokia 3.4 lightly, but it's equally possible to have it running out of power before the day is out. Most budget phones tend to do only moderately in the battery stakes, and again future Android One updates could improve matters. As it stands though, the Nokia 3.4's battery endurance isn't great.

What is great – and still not common enough for my tastes in the budget space – is that the Nokia 3.4 uses a USB C connector for charging, which means you never have to fiddle around working out the "right" way to plug it in.

How we score our reviews
The single best thing about the Nokia 3.4 is the inclusion of Android One, and that's a factor for most of HMD Global's Nokia phones that definitely adds to their value.

Typically however there's another feature on those phones, whether it's the design, camera, processor or battery life – that also adds to their appeal. The Nokia 3.4 doesn't have that, and while it's not bad in any given category, it's also so very deeply average that it's a tough one to get particularly enthusiastic about. 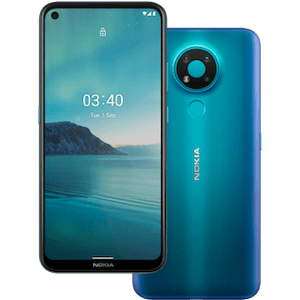