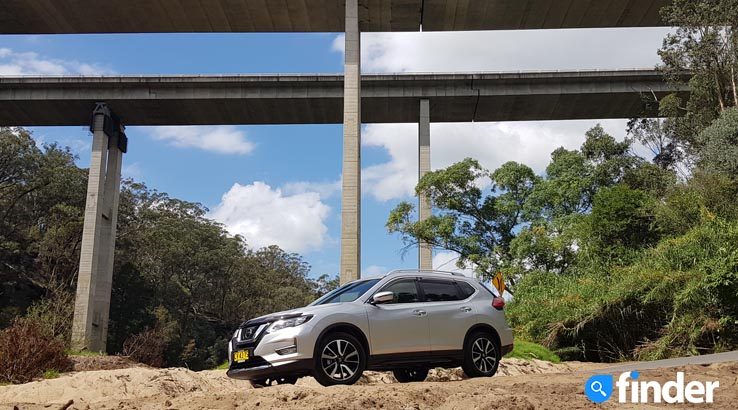 At one point it was the world's best-selling SUV, but does the Nissan X-Trail still have it?

Back in 2017 the Nissan X-Trail was the bestselling SUV in the entire world. In fact, it was the fourth bestselling vehicle this side of the sun, selling some 814,000 units.

If you placed each of the Nissan crossovers produced end to end, with a length of 4.69 metres, they'd reach the moon. And back. Nearly five times! That's a lot of X-Trails.

Now seven years old, the third generation of the X-Trail has been spruced up, with fresh packages, to try and appeal to new customers. We're testing an AWD N-Trek edition, which can be yours for a pretty reasonable premium of $1,000 – with the range starting at $38,700 before on-roads.

So, does this new kit freshen up the 2020 X-Trail or is it starting to go a bit stale?

What do I get in the N-Trek package?

If you opt for the N-Trek package, forking out the extra $1,000 your X-Trail will be kitted out with:

Nissan is only sending 500 X-Trail N-Trek limited editions to our shores. 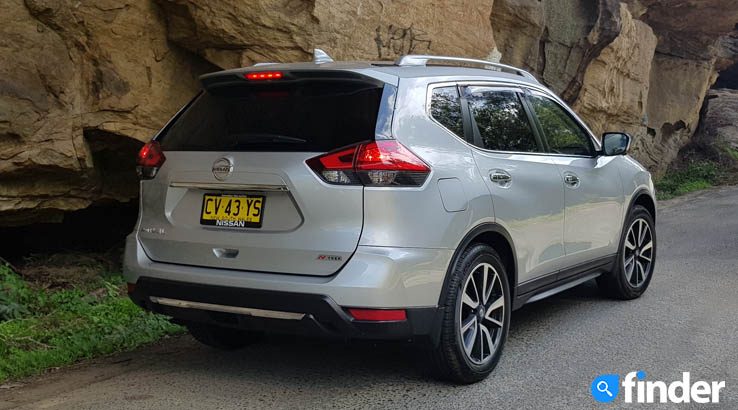 On paper, it sounds promising. You get leather seats, which are also electronically adjustable and feature heating and ventilation.

There is a sporty, flat-bottomed steering wheel and to the left of that sits a seven-inch infotainment system that is wired to a premium eight-speaker Bose sound system. While you do get navigation, Bluetooth connectivity and DAB radio, Apple CarPlay and Android Auto are notable omissions.

There is also dual-zone climate control and a USB port in the front to keep your devices connected.

But the truth is, sitting inside the cabin it is feeling a bit dated and cheap. The infotainment system, in truth, falls behind many competitors and there are a number of hard-plastic areas around the cabin. The buttons, like the ones for the heated seats, just feel old.

However, there are redeeming qualities and where the N-Trek and X-Trail generally do a better job, is in the practicality department.

What the back row lacks in things like USB connectivity, it makes up for with leg and headroom. The rear seats are also able to slide forwards and backwards, swinging between more boot room or extra legroom, as passengers desire.

The boot space measures 565 litres with the rear seats up, which is significantly more than the Mazda CX-5 (442L), Renault Koleos (548L), Kia Sportage (491L) and a number of other competitors, but is just shy of players like the RAV4, which boasts 580L.

Fold the back seats down and you create 945 litres of space.

There are two ISOFIX mounting points on the outboard rear seats and being an SUV they are easily accessible without bending, fidgeting and smacking your head on the door surround. 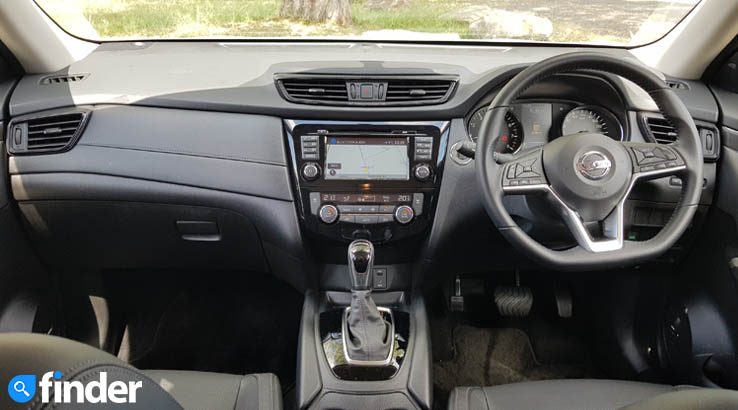 How is it on the road?

Propelled by a 2.5-litre petrol engine that produces 126kW of power and 226Nm of torque, the output figures of the X-Trail aren't the most impressive but equally aren't the lowest in the segment.

A continuously variable transmission acts as an intermediary in the drivetrain, unfortunately it makes proceedings feel a little underdone. The engine works hard to get going and doesn't do it all that quickly. When driving on to an on-ramp for the motorway, you feel the pulse start nervously racing.

In terms of the ride though, the X-Trail's set-up favours comfort. Importantly the larger wheels on this N-Trek model don't seem to have compromised this. It is also easy to manoeuvre around town, despite being on the larger end of the segment. 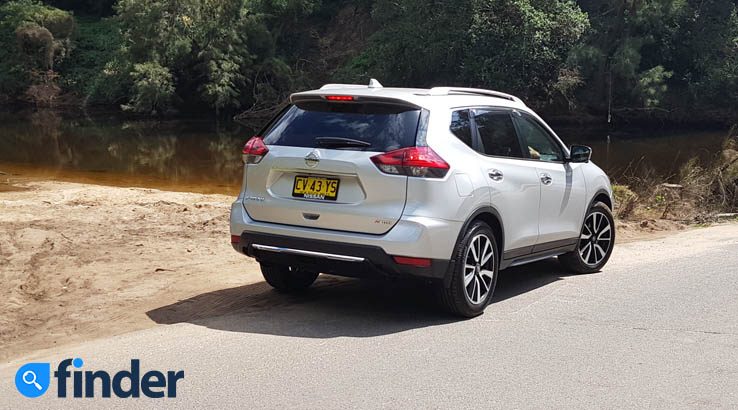 How safe is the X-Trail N-Trek?

Being based on the X-Trail ST-L, the N-Trek has a pretty solid safety suite. Along with seven airbags, you get the following as standard: 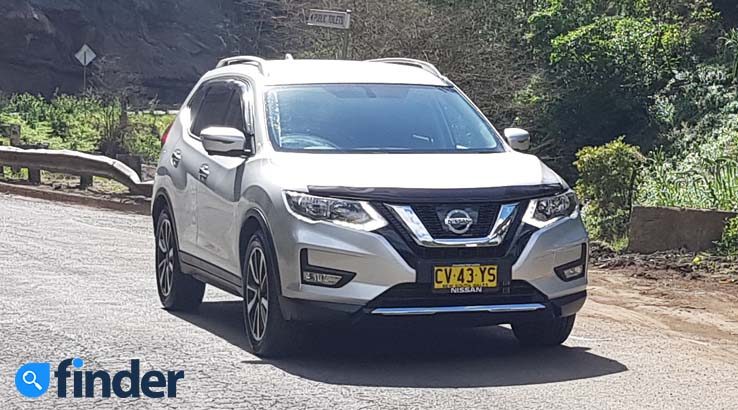 You can see the capped-price servicing schedule below. Note that it does not include swapping the brake fluid, which is due every 24 months or 40,000kms, whichever comes first.

The X-Trail remains a practical family car and if you are specifically looking at the X-Trail range, the $1,000 premium for the N-Trek is justifiable.

Looking at the segment though, there are stronger players out there. Check out our medium SUV comparison to see what else is out there.