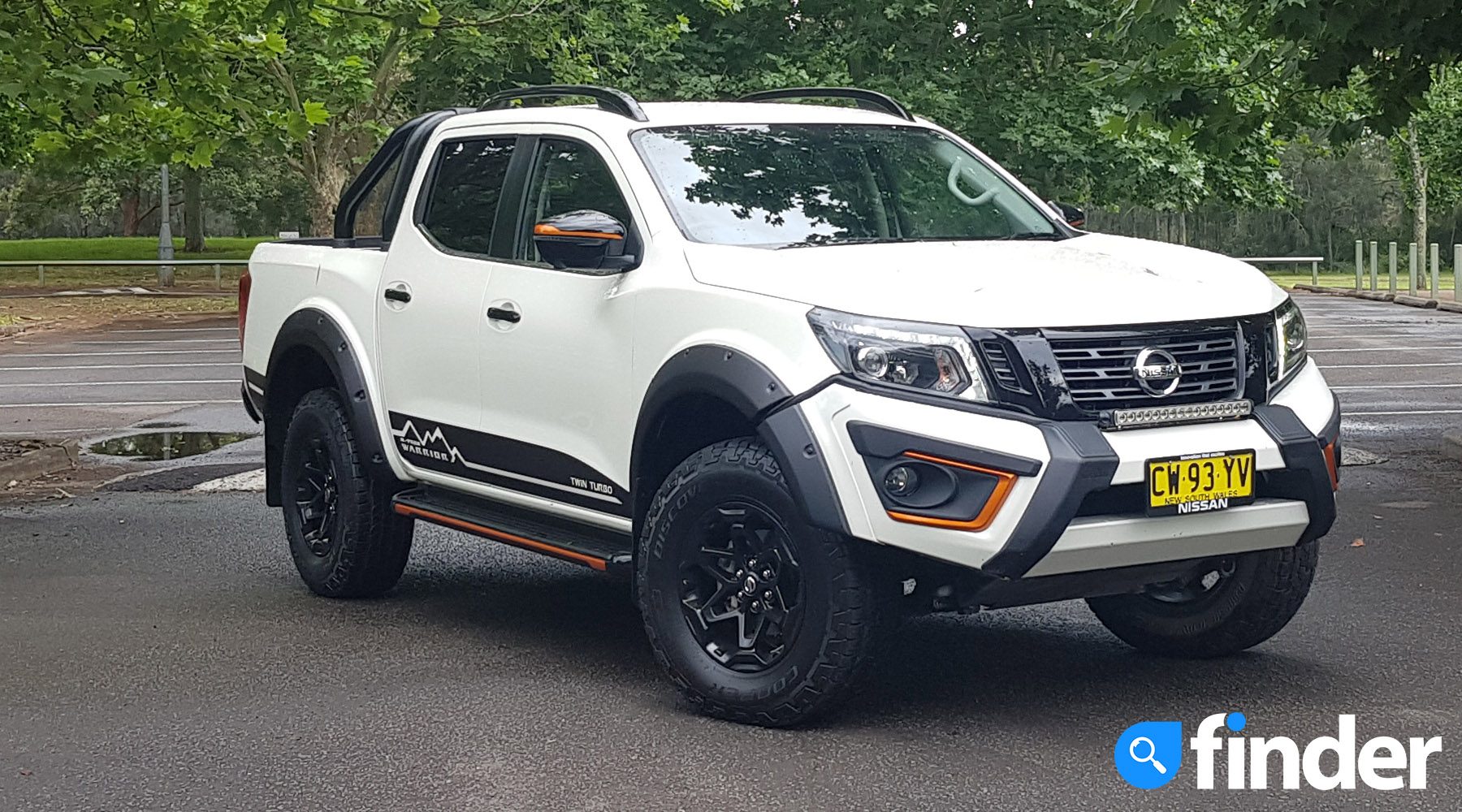 Nissan sends its best Warrior into the ute market.

From the outside, the Nissan Navara N-Trek Warrior certainly looks the part – from the factory-fitted LED light bar (an aftermarket fitment on most offroaders these days) to the rugged bumpers, off-road tyres and sports bar at the back.

Priced from $63,990 for the manual and $65,990 for the automatic you see before you, the N-Trek Warrior takes aim at other pumped-up utes like the HSV SportsCat, Toyota HiLux Rugged X and Ranger Raptor.

Has Nissan’s attempt to make ground in the now-popular kitted-out-ute market worked?

You still get a mixture of hard plastic that you would find in the model below the N-Trek; however, certain elements have been upgraded for the N-Trek model, including leather-trimmed seats which are embroidered with N-Trek branding.

The N-Trek Warrior comes equipped with an 8-inch touchscreen infotainment system which features both Apple CarPlay and Android Auto, but also its own satellite navigation. Below the screen you will find the dual-zone climate control and buttons for the heated front seats.

The system itself is competent, but when you compare it with Ford's Sync3, it is a bit behind the times. It is worth noting that a lot of the competitors are in the same boat though, with the Ford system being the standout that we have tested among the ute class.

There’s space for everyone in the Navara. Passengers in the back won’t be disappointed with the good amount of knee and headroom given the relative cab size. Plus, for rear occupants there is a window that opens, which I can imagine only ever gets used to touch base with furry friends riding in the tray.

Directional air conditioning vents are fitted to cool (or warm) passengers in the back, but there is a lack of USB ports to charge devices.

What’s the Navara N-Trek Warrior like on the road?

The N-Trek Warrior has the same 2.3-litre twin-turbo diesel engine from the ST-X model that sits below it and produces an identical 140kW of power and 450Nm of torque. The donk is matched to a seven-speed gearbox. As a combination they do a decent job and don’t have too much trouble around town, but with all the added kit, it is slower than its little brother. If Nissan were to say they were throwing more power at the next one, you wouldn’t find us complaining.

In terms of ride, it is typical of a proper work ute – harsh, but not completely uncomfortable as those upgraded seats help to soften some blows. When you look at the Ranger Raptor, with its Fox shocks, it rides incredibly well but has a payload of around 400kg less than the Nissan Navara N-Trek Warrior.

I’m not sure if you have seen some of these lifted utes on the road, running super meaty off-road tyres. You can hear the whirring treads coming down the road. Well, fortunately the upgraded Cooper All-Terrain AT3LT tyres aren’t as noisy as you would expect them to be. That’s thanks to the 70% bias towards road and sand use, plus grooves moulded into the tread blocks designed to cut tyre noise by as much as 20%. Cooper also designed the leading edge of the tread blocks to deter stones getting wedged in there. Stones lodged in your treads are incredibly irritating as you drive down the road hearing the pebble clatter on the tarmac with each wheel rotation.

What are its off-road credentials?

With these meaty Cooper All-Terrain tyres as standard, the N-Trek Warrior can have a good crack at off-roading straight off the factory floor. Not only that, but along with the impressive kit, it has some impressive dimensions to back it up.

In fact, with these Cooper All-Terrains and the uprated offroad suspension – which lifts the vehicle a further 15mm – the N-Trek Warrior has an impressive ground clearance of 268mm.

With an approach angle of 35 degrees, it can take on quite steep hills and given that it has a low-range gearbox and locking diff, it climbs them without too much trouble.

Once you’re at the top, or the crest, and have started saying your prayers, you will look down and see that there is also a hill-descent function. It might feel a bit sketchy and you may swear a few times as you yearn to jump on the brake, but the N-Trek Warrior will get you down the other side in one piece in a controlled way.

How practical is the N-Trek Warrior?

Of course it is practical; it might surprise you to know that a lot more development has been done than meets the eye, to ensure it is as liveable as possible.

But as with all things, to make advancements in some areas, others have been affected.

The first instance of this development is in the towing assembly of the Navara N-Trek Warrior. It is different from that of the model it is based on because it had to accommodate the larger spare sitting under there. Not only that, but given it has a higher ride height than the vehicle it is based on, the tow bar tilts down slightly to offset the extra height.

There are some negatives though (depending on what you are looking for in a ute). For instance, to get a better ride out of the N-trek Warrior, the engineers upgraded suspension components like the dampers. This has affected the payload, which drops from 917kg to 724kg. That’s fine if you aren’t going to lug heavy tools and materials around to job sites Monday to Friday, but not so much if you are.

It is still tradie-friendly though. And not only that, but it is family-friendly, with two ISOFIX mounting points on the two outboard rear seats.

How safe is the Nissan Navara N-Trek Warrior?

It has to be said that the safety suite on the Nissan isn’t as comprehensive as some of its competitors. The biggest omission is autonomous emergency braking that can be found on segment leaders like the Ford Ranger and Isuzu D-Max. Safety tech that you do get includes:

The Nissan Navara ticks a lot of boxes in a very popular segment in Australia. With tradies and weekend warriors heading to aftermarket stores to fit products that the N-Trek Warrior comes with as standard, it is a strong offering – especially considering it undercuts the majority of the competition on price.

It looks the part and is a capable ute, but the Ranger offers a more refined ride and we were particularly impressed with the new Isuzu D-Max. It’s worth giving all three a test drive and weighing up if the added kit is worth the compromises.