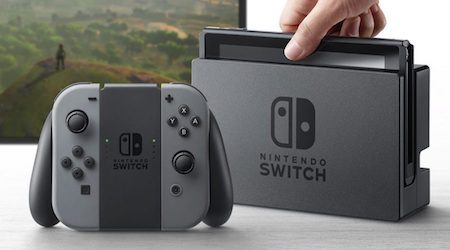 The hype is heavy around Nintendo’s innovative Switch console, but the reality is that the hardware is mostly irrelevant.

Overnight, Nintendo formally shifted its hype machine into full forwards gear with the first proper look at the console that was codenamed NX, but is now to be known as the Nintendo Switch. As predicted, it’s a hybrid home and portable console with removable "Joy-Con" controllers. The name "Joy-Con" makes my retro brain nostalgic for Namco’s truly weird twisting NegCon controller for PSOne, but not in a good way.

Nintendo showed off a variety of content, with a big emphasis on different play scenarios.

That’s clever marketing, because at this stage, it’s all about planting expectations in pre-order buyer’s minds. You’ll probably never play a Switch on the side of a basketball court.

I’m certain I never will, but what it does is make you think that if you don’t buy a Switch, you’re missing out on this wonderful new experience with your amazingly happy and beautiful friends who all suspiciously look like Actor-Models. We’ve all got friends who look like that, right?

It also plays into Nintendo’s strengths in recent history, because it’s more tilted towards what the successful 3DS has been, rather than the less-successful Wii U. This is especially pertinent in Nintendo’s home territory of Japan, where the race between competitor consoles is closer than you might think, and there’s really only one competitor in the form of Sony. Yes, you can buy an Xbox One in Japan, but good luck finding any software for it.

On a recent sojourn to Tokyo, I think I saw one Xbox One title on a store shelf. Everything else Sony and Nintendo, and especially 3DS Nintendo, dwarfed it. Microsoft’s a non-starter in that market, but Nintendo is still huge in portable gaming.

Wacky form factors aside, we really don’t know that much about the Switch aside from its use of a custom Tegra processor from Nvidia. Those folks know a lot about shifting polygons, so there’s potential for good performance, but "custom" cuts both ways. Nintendo has a strong history of producing consoles that, by themselves, deliver a small profit even if the software doesn’t sell, and that’s best done by using the lowest cost, most reliable components.

A "custom" Tegra chip could be a lower-power chip, rather than some hitherto-unknown beast of a processor. I’ve no doubt the armies of Sony, Microsoft and Nintendo fans will whip themselves into a fine lather once more concrete technical specifications are available.

The real issue though is that none of it matters. None of it at all in any concrete way whatsoever. That’s because aside from the absolute faithful who will buy a Switch sight unseen and may well have already placed pre-orders now (and to be clear, I may well fall into that category by the time March 2017 rolls around), what will sell the Switch is the software experiences Nintendo can bring to it.

Of course there will be Mario games, we already know that Zelda’s headed that way (but not quite when) and the hype video clearly shows off a Mario Kart game, Skyrim and an NBA title. We’ve assembled the complete known list of Switch titles, totalling a potential 34 games in all.

That’s probably not enough, given that some of those titles could be months or years away from completion. Some of them may be announced but never released. If there’s one thing that Nintendo should have learned by now, it’s that it must deliver killer gaming experiences both from its in-house team and from third-party developers with big titles.

The in-house side is a bit of a given, because Nintendo good at re-polishing Mario Kart for the umpteenth time, and I’m certain I’ll be buying that once it’s available, because c’mon, IT’S MARIO KART. Ahem. 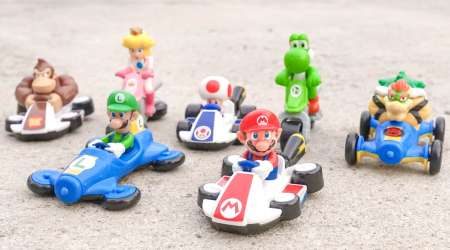 Third-party, though, is where Nintendo often stumbles. It tried hard with the Wii U, securing a few key launch releases but almost nothing afterwards, relegating the console to third place. The same story was true of the Gamecube and – to be clear once again – I adored (and still adore) my GameCube.

While the Wii was a success, that had more to do with the fact that it could deliver a simple, fun gaming experience, mostly via Wii Bowling, which then helped its sales tip into the millions, at which point the third-party developers rushed to deliver titles and make money. Software leading hardware, in other words.

What we’ve seen of the Switch hardware is interesting, but the same was said of the Wii U prior to launch. Console success has never really rested on hardware first and foremost, and Nintendo has clearly indicated its vision for the future of gaming. While Sony rushes down the VR path with the already successful PlayStation VR, and Microsoft seems to be dabbling in that area with Hololens (although that’s a product that has more implications than just pure gaming, and its Xbox compatibility story is another tale again), Nintendo is sticking to a more pure TV gaming style path.

What will make or break the Switch though, is the software it can procure. As we’ve already argued, Red Dead Redemption 2 should be a title that Nintendo should chase up without delay, but it’s not a game Nintendo can secure exclusively.

But leaving the rich pickings of gaming solely for Sony and Microsoft to pick over using the existing and expanding PS4 and Xbox One fan base is a clear recipe for third place relegation. That’s not a space that Nintendo would be happy to be in.