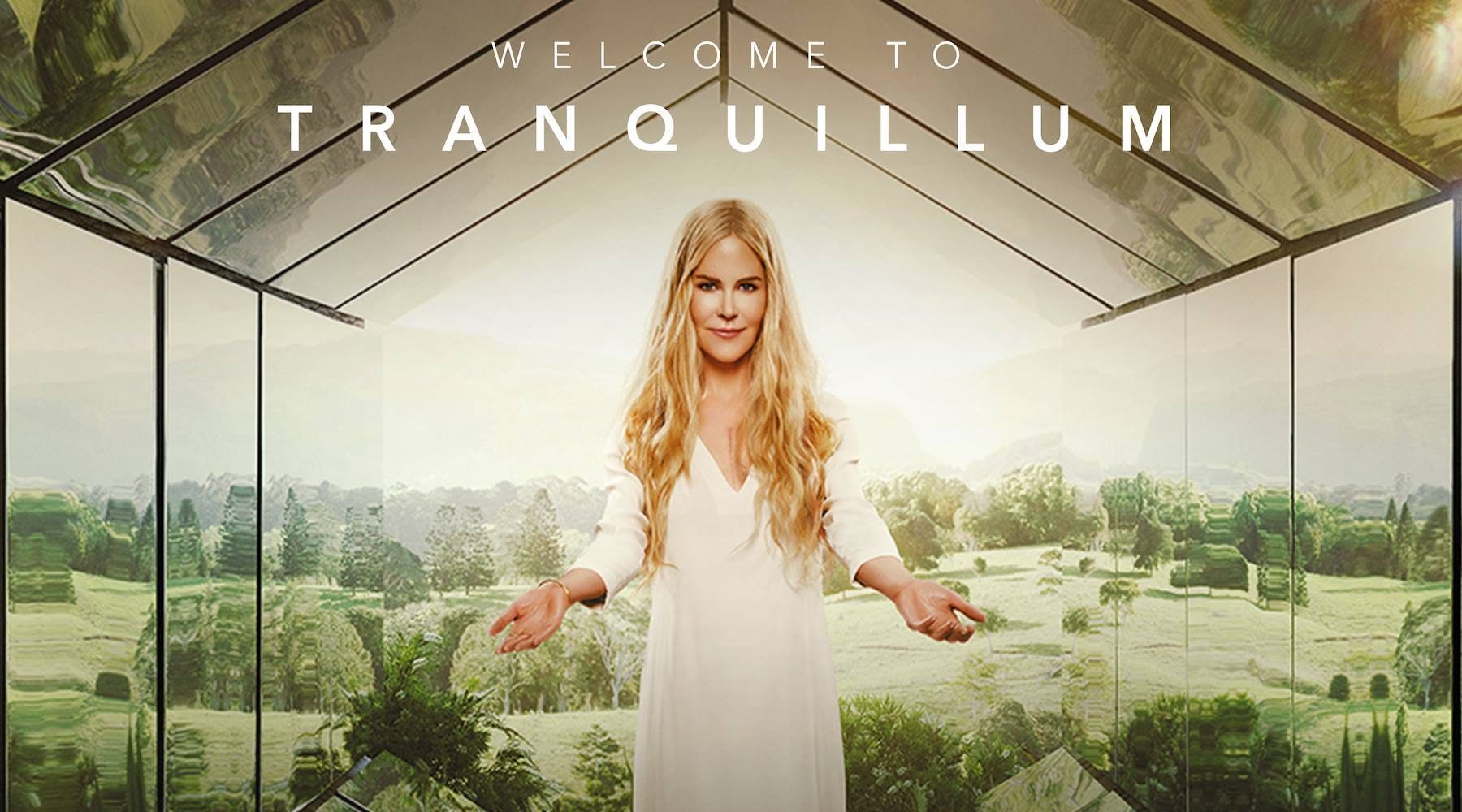 August may be a packed month for new streaming releases, but Nine Perfect Strangers still manages to stand out from the crowd.

The series, based on the bestselling book of the same name by Liane Moriarty, has a star-studded cast, including the likes of Nicole Kidman, Melissa McCarthy, Samara Weaving, Regina Hall and Bobby Cannavale. It's produced by the same team behind international hit Big Little Lies. And it was filmed on location in Australia, featuring breathtaking visuals and lush scenery that basically screams paradise.

More interestingly, the action is set at an extreme wellness resort. I don't know about you, but the first things that come to mind when I think wellness are yoga, meditation, massages and clean eating. While Tranquillum does offer some of those, it also has a charismatic director, Masha, who is excited to take things to the next level by convincing her guests to embrace suffering as a form of healing.

Her purpose? To completely transform them so that they leave the resort feeling like brand new people, ready to live an extraordinary life. Given that each of these strangers has inner demons of their own, Masha's unconventional approach may need some tweaking to work properly – and she's not afraid to experiment at her guests' expense.

As a result, we get to see these people break down, confront their fears and deal with their shortcomings. If that sounds appealing, there's a good chance Nine Perfect Strangers will be the perfect show for you. Here is our review of the show ahead of its launch later this month.

How to watch Nine Perfect Strangers in Australia

The new series premiered in Australia on 20 August. The first 3 episodes were available at launch. Episodes are then being released weekly. We have more information on the new show here.

You can watch Nine Perfect Strangers exclusively on Prime Video. The platform is free with Amazon Prime. New users get a free 30-day trial, after which subscriptions cost $6.99 a month.

Then there are the titular strangers. Melissa McCarthy plays Frances, a romance novelist struggling with back pain, as well as facing a personal and professional crisis. Tony, portrayed by Bobby Cannavale, isn't great at connecting with people and abuses his meds. Carmel, embodied by Regina Hall, is taking a rare trip away from her kids to get her mojo back her mojo. Lars, played by Luke Evans, considers himself above the retreat's strict rules and isn't afraid to get on other people's nerves.

Tranquillum also welcomes the Marconi family – Napoleon (Michael Shannon), Heather (Asher Keddie) and Zoe (Grace Van Patten). They are recovering after a family tragedy and looking to celebrate Zoe's 21st birthday. Finally, Samara Weaving and Melvin Gregg portray Jessica and Ben, a couple whose marriage is on the rocks. As the days at the resort go by, everyone's limits will be tested, often to surprising results.

Nine Perfect Strangers: Is this new series for you?

Nine Perfect Strangers is pure prestige TV, with excellent production values and a talented cast, each of these actors on top of their game. However, the show really takes its time drawing viewers in, so you'll need to arm yourself with a bit of patience. It's a large cast – and getting to know everyone takes a few episodes. Thankfully, you can enjoy a lot of shots of delicious-looking smoothies and beautiful Byron Bay landscapes in the process.

It's clear from the beginning that Masha isn't your average wellness guru. We learn that she doesn't accept everyone at the retreat. Instead, she handpicks each guest to form the ideal group. Masha claims that a near-death experience pushed her to completely change her life. She feels like she got a second chance, something she wishes for each of her patients.

Masha is also very into making her guests suffer. For instance, she subjects them to a visualisation exercise that involves them digging a hole in the ground and then lying there, like they would in a grave. On another day, she tells them they can only eat what they forage, with hunger pains pushing some of the guests to take extreme action.

Our staff is here to support you from the moment you arrive. Start your journey here: https://t.co/PQW9ccWzZY#NinePerfectStrangers pic.twitter.com/Z5YXjVyHmi

There's also something fishy at play. Cameras are all over the retreat and the guests have to agree to regular blood draws. They aren't allowed to keep their phones and their rooms and luggage are being checked, with the wellness employees confiscating items like wine and chocolate.

Bit by bit, the 9 strangers notice changes within themselves. The Marconis, who are all carrying around a significant amount of grief, begin to confront their guilt over the tragedy that changed their lives forever. Carmel is becoming more violent, letting her anger get the best of her. Tony's painful memories resurface and Frances is processing her personal and professional failures.

Are Masha's therapies really that good or is there something else going on? At the same time, Masha is receiving threats, with the show teasing that something unfortunate may have happened in the past and that someone is out to get her. She may insist that her methods are safe, but her eagerness to fix her guests will likely lead to mayhem. Life at Tranquillum gets increasingly more trippy. Bonkers is just around the corner.

Nine Perfect Strangers is the kind of show that moves slowly and steadily, allowing the characters to unravel and building to a climax that will likely be worth the time invested. I watched 4 episodes for review and I could feel things were about to escalate. If you're the kind of viewer who doesn't mind giving a series some time to grow on you, I recommend you tune in. It's worth it for the stunning cast alone (granted, I could watch Samara Weaving peel potatoes in silence and have a good time, but everyone here gets their moment in the spotlight, with Kidman in particular nailing it).

The show also raises thought-provoking questions about the wellness industry. We're constantly encouraged to improve and become "the best version of ourselves". Just how far are you willing to go for the sake of personal growth?