All the sneakers Nike is dropping for Chinese New Year 2020 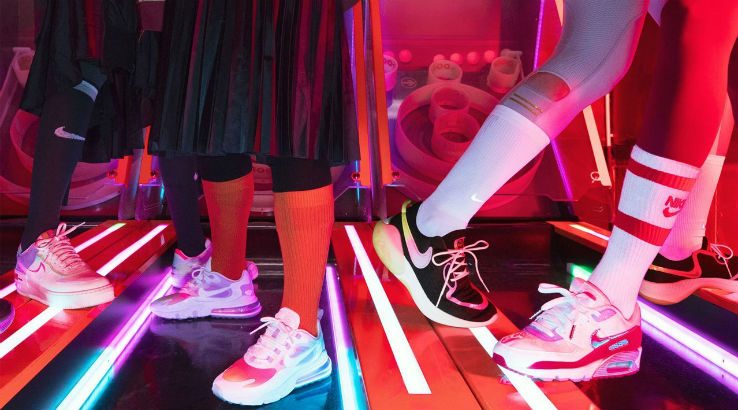 Ring in the Year of the Rat with this extensive new sneaker collection featuring all your favourite Nike silhouettes.

Having slowly dropped first looks of various styles over the past month or so, Nike has finally revealed its complete Chinese New Year line-up. The Year of the Rat collection will include eight core releases accompanied by several womenswear staples, making it easy to find a favourite pair to snap up.

The line incorporates designs from the last four Year of the Rat cycles, effectively serving as a time capsule of sorts. Included in the mix are popular silhouettes from both the Nike and Jordan brands including the Air Force 1, Air Max 1, Kyrie 6, Air Force 1 Shadow, Air Jordan 13 and Joyride Run 2. A selection of kids' kicks will also be up for grabs.

First up, a pair of Air Jordan 13s come in an all white upper embossed with Chinese coin graphics. The tongue sees a yin-and-yang style Jumpman logo while a wheat midsole and pink outsole add pops of colour to the design.

A pair of Air Jordan 34s meanwhile see a black and white upper with hints of pink featured across the rear tapings and heels. An ancient tiled graphic appears on the white panelling to give the design some depth. 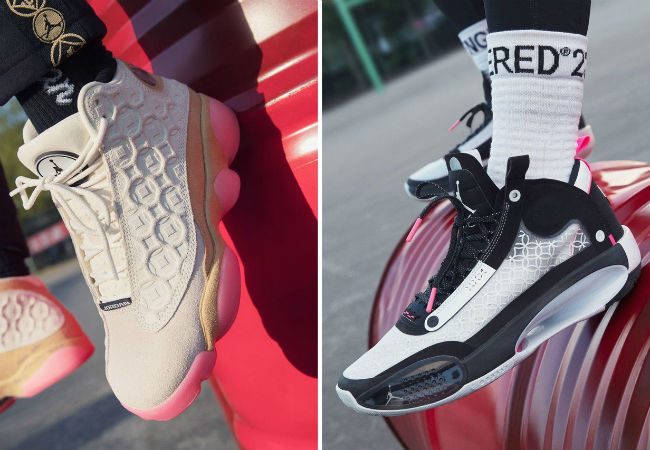 We've already had a peek at the bright yellow Kyrie 6 model, which features fireworks and floral motifs on the upper, but now a second colourway of the shoe has also been revealed.

The second drop will come in a black leather upper with a gold Swoosh on the sides. Bright yellow laces, a purple midsole and translucent icy blue panelling on the heel mix up the style, while a panel overlaying the laces features a similar collage-print to the first edition. For those after something a little more understated, the Air Max 720 model features a quilted upper paired with metallic gold accents throughout. Golden symbols along the midsole and "2020" branding on the tongue and insole round out the design.

A more traditional Chinese New Year style features on the Air Max 90, with the black and white silhouette updated with the lucky Chinese colours of red and gold. 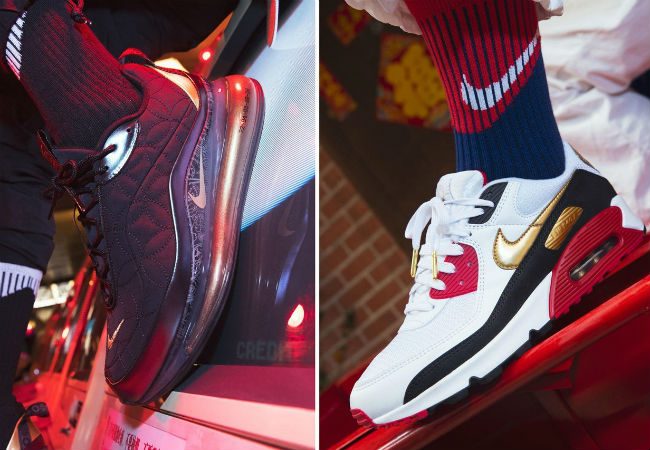 The boldest pair from the pack comes in the form of the Air Max 1, with the upper created in a mix of colours and textures. Indigo-dyed toe boxes, hot pink laces and floral and butterfly motifs are just some of the decorative elements that adorn the loud silhouette.

Finally, a pair of Nike Air Force 1 Lows see a white embossed upper paired with a white Swoosh and laces. Vibrant watercolour designs line the insole, while a translucent outsole finishes off the style. 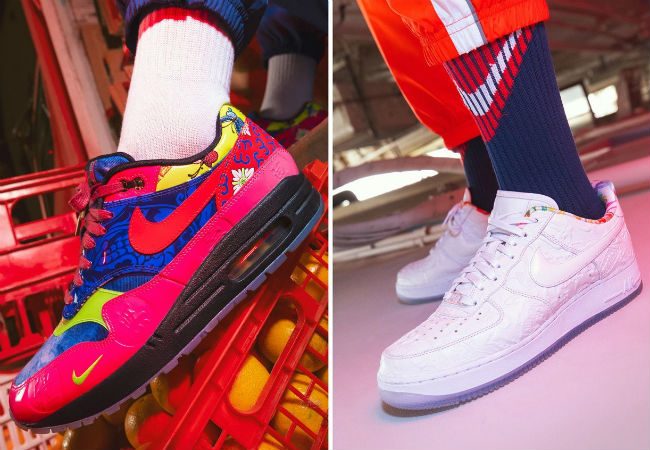 We also have an idea of what the women's line will entail, with Nike dropping a first look at another pair of Air Max 1s. The style sees a mixture of pink leather underlays and black suede overlays paired with a golden winged horse on the heel. 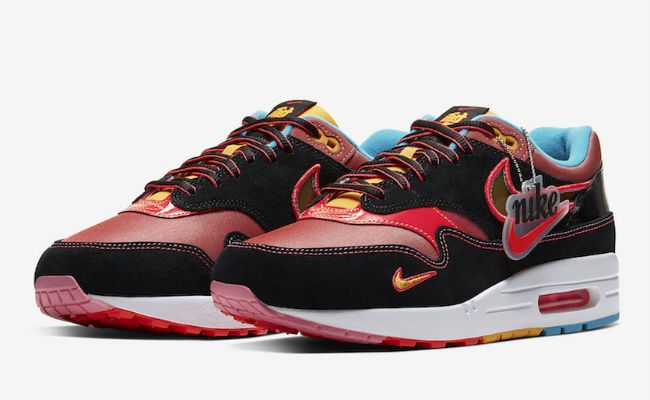 The Year of the Rat collection has already started dropping in China and the US, meaning that we should see the sneakers on the Australian Nike site in the coming weeks.